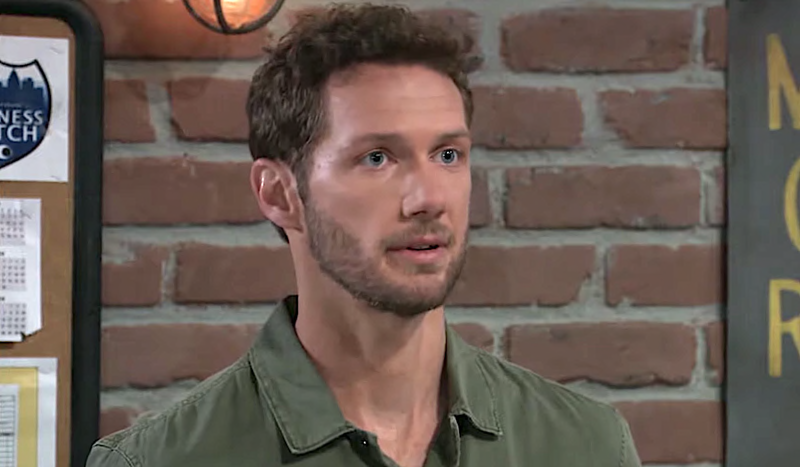 General Hospital (GH) spoilers and updates tease that Brando Corbin (Johnny Wactor) and Sasha Gilmore (Sofia Mattsson) aren’t having an easy time of it since the death of their son. While Brando has taken the time to mourn the loss of his son, Sasha has tried to jump right back into her life. Unfortunately, that also means that she’s back on drugs. Sasha has kept to herself and hasn’t sought out any kind of therapy since her baby died over the holidays. Instead, she has chosen to self-medicate. Sasha’s drug use almost killed her the first time, and would have, had Brando not intervened.

The first time Sasha dabbled with drug use, she was dealing with her breakup with Michael Corinthos (Chad Duell). The pressure of her personal and professional life was too much for Sasha to handle on her own, so she began using drugs to get through. Cyrus Renault (jeff Kober) was pushing his product at the time, and took a special interest in Sasha. Not only was she terrific arm candy, but Cyrus could test out new products on an unsuspecting Sasha. Cyrus gave Sasha his new product, and it was too strong, and Sasha overdosed and had a heart attack. She collapsed in Cyrus’ penthouse. Brando was present at the time and took Sasha to the hospital just in the nick of time.

After Sasha recovered, she and Brando grew closer. Eventually, they made love and Sasha wound up pregnant. She told Brando he could only be a part of their baby’s life if he gave up working for the mob, which Brando happily did. Things seems to be going well for the couple until it came time for the baby to be born. Sadly, there were complications during the delivery, and the baby, who they named Liam, couldn’t survive on his own. Sasha and Brando had to make the heartbreaking decision to take Liam off life support, and he died shortly thereafter.

Brando Corbin And Sasha Gilmore Have Struggled To Reconnect Since Their Baby Died.

While Brando has mourned the loss of their son, Sasha almost immediately went back to work. The two of them haven’t been able to come together in a significant way, so Brando suggested that the two of them go to Niagara Falls to getaway. Sasha bought some drugs to help her get through once Brando convinced her to go with him. While they are alone together, Brando will certainly see Sasha’s erratic behavior. He will most likely figure out that Sasha has gone back to using. Can he get through to her in time or will she end up overdosing once again?

Will Brando discover Sasha is back on drugs? Can he get through to her in time? Or will she end up overdosing once again? Anything can happen in Port Charles so stay tuned to General Hospital airing weekdays on ABC. And don’t forget to check back right here regularly for all your General Hospital news, information and spoilers!