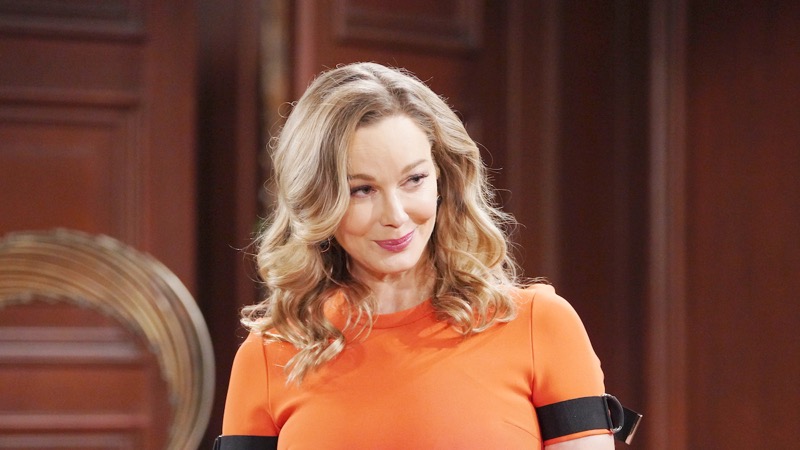 Viewers of The Bold and The Beautiful will recall that Eric thought his erectile dysfunction was cured after he licked some honey off of Donna’s finger; he became aroused intensely and went rushing home to Quinn and their bedroom! Donna looked like she was going to cry because it was very difficult for her to admit to him that she was still in love with him and never got over him, which she only did after matchmaking older sister Brooke Logan Forrester (Katherine Kelly Lang) pushed her into it!

Honey bears were an important part of Eric and Donna’s romance and marriage, and she could see that he was remembering their love. But the next morning he talked again to Donna when he saw her, telling her that he hadn’t had the breakthrough that he thought he would when he got home to his bedroom and his wife. Viewers of The Bold and The Beautiful know that in other words, his erectile dysfunction kicked in once he and Quinn got in the bedroom – obviously things didn’t work like he expected them to.

Viewers of The Bold and The Beautiful will also recall that practically half of Forrester Creations knows about Eric’s very personal problem since he revealed that it had been okay for Quinn to “be serviced” by Carter Walton (Lawrence Saint-Victor) in a semi-open marriage. Eric since took that back and Carter and Quinn broke up with both of them heartbroken since they had begun falling in love. In a recent episode of The Bold and The Beautiful, Brooke hinted that maybe Quinn herself was the source of his problem, with a possibility that his erectile dysfunction was psychologically caused. 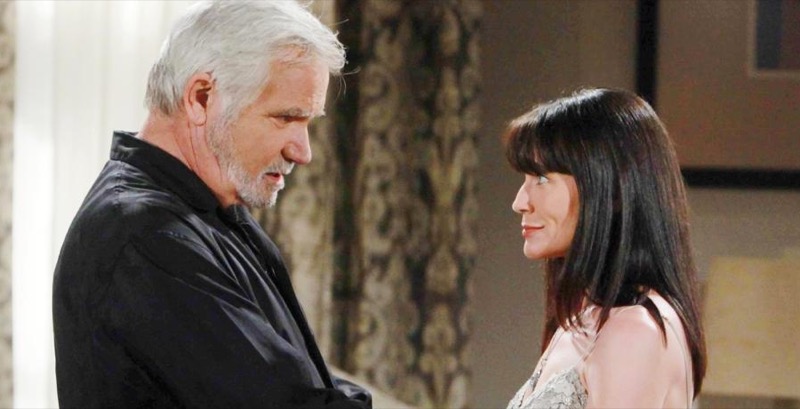 She didn’t know what Donna and he had discussed about his perceived “breakthrough” that didn’t happen, although it certainly sounded like she knew he got turned on when he was licking the honey off Donna’s finger! Eric told Donna that it didn’t happen but he didn’t tell Quinn what had happened with Donna. He told Donna that the breakthrough happened with her but not with Quinn. Donna intervened when Brooke was asking too many personal questions!

Donna Logan Talks To Her Sisters

Viewers of The Bold and The Beautiful will not be surprised that Donna talks to her sisters Brooke and Katie Logan (Heather Tom) about her situation with Eric. Likely, matchmaking Brooke continues to talk about Eric and how he cannot be with Quinn and he should dump her, which she has been telling him to do forever. Now her narrative includes dumping Quinn and getting back together with Donna, and she has been pushing the two of them together at every opportunity!

Viewers of The Bold and The Beautiful know that it’s pretty easy to tell secrets when it sounds like their common knowledge anyway, but no one except Donna, Quinn herself, and her best friend Shauna Fulton (Denise Richards) know that Eric’s problem wasn’t cured after all even though he really, really tried, and Quinn did love him for it! Donna, with the talk between the three of them sounding like Brooke already knew anyway, tells her that Eric got turned on by her but it didn’t work with Quinn! To Brooke, that is no surprise at all!