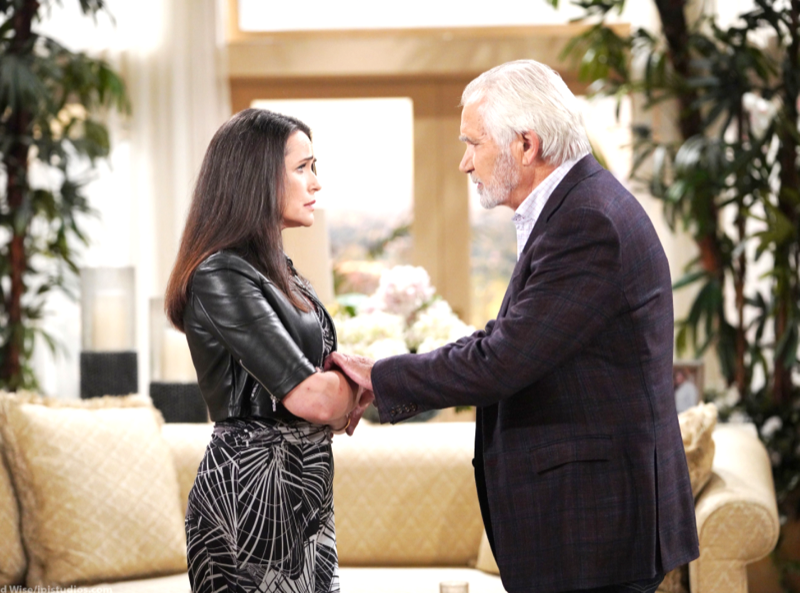 The Bold and the Beautiful (B&B) spoilers and updates tease that Eric Forrester (John McCook) believes that Quinn Fuller (Rena Sofer) is the woman he should be married to. That feeling was driven home during his direct conversation with Carter Walton (Lawrence Saint-Victor) at the mansion.

Ridge Forrester (Thorsten Kaye) remains skeptical about Carter’s intentions. But he is certain about Quinn. Ridge believes that she will continue wronging his father indefinitely and told him that while Eric and Carter were present.

Eric thinks he only has one soul mate option. But there is another. Donna Logan (Jennifer Gareis) was talking about her honey bear while having lunch with her sisters.

The Bold And The Beautiful Spoilers – Eric Forrester In A Malaise

Eric is out of sorts because of the ED issue. That is understandable, considering the dramatic impact it has had on his life.

McCook’s character did not feel comfortable in sharing the diagnosis with his wife. So he became distant from Quinn. That eventually caused her to bond with Carter, and they began Quarter.

Eric’s furthering of that relationship after it was confirmed is now rightly seen as his mistake. Carter also acknowledged that he should not have followed Eric’s wishes, with his mentor, friend, and boss concurring. Thankfully, both men still respect each other. 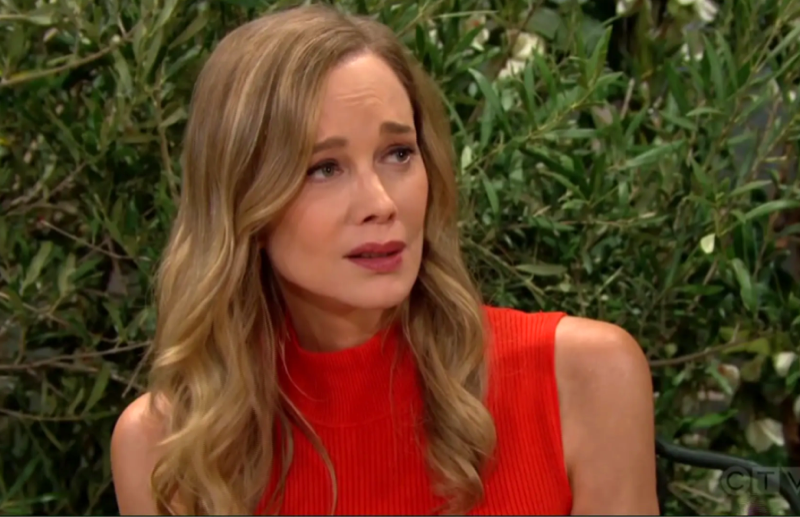 The Bold And The Beautiful Updates – Quinn Fuller Is A Viper

It is arguable to say that Quinn has been taking advantage of Eric for years. It is also fair to suggest that she used Carter and has discarded him.

The above is Brooke Logan Forrester’s (Katherine Kelly Lang) point of view. Ridge shares his wife’s outlook, as does Brooke’s sisters. Shauna Fulton (Denise Richards) disagrees and knows her longtime best friend Quinn far better than any of the referenced characters.

Eric and Carter love Quinn. However, Carter is working through his feelings and promised that Quarter is over and Eric told Ridge that he believes him.

Donna Logan Can Not Stay Silent

The likelihood is nearly zero for a Deric reunion if Donna stays silent. Brooke and Katie Logan (Heather Tom) told their sister that she must tell Eric how she feels.

Donna believes that Eric wants Quinn. So, telling Eric that she loves him is not seen as worthwhile.

But Brooke could make sure that Eric knows Donna is still in love with him. And with that, Quinn would have a rival for her husband’s heart.