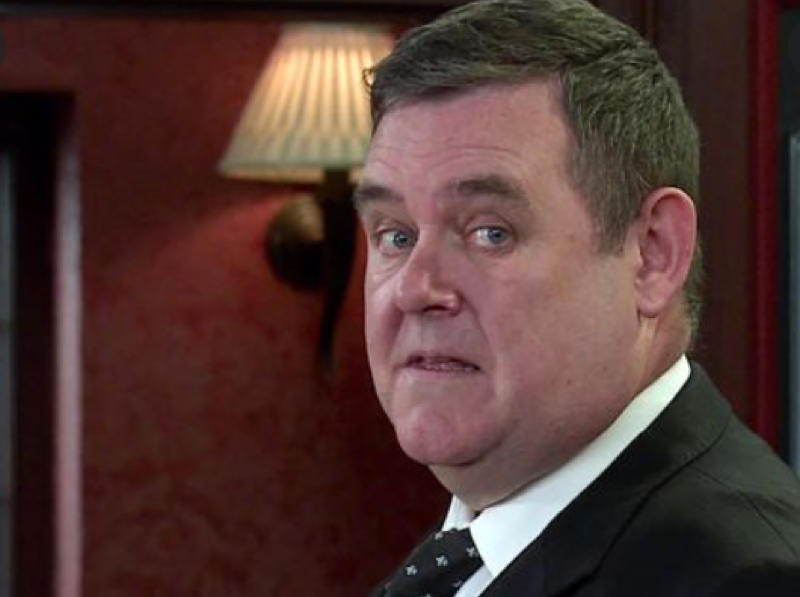 Coronation Street spoilers and updates tease that Tony Maudsley has revealed fans need to wait a little more for his character George Shuttleworth and flame Eileen Grimshaw to settle down.

It’s been almost a year since George (Tony Maudsley) had his debut in the ITV soap and it became apparent that he and Eileen Grimshaw (Sue Cleaver) have good chemistry.

But their journey to developing a romantic relationship has been hindered by a series of romantic setbacks, with their latest date ruined by Eileen’s harsh comment about George handling the dead for the living.

Some Corrie viewers have also admitted they’re fed up with the couple falling out on so many occasions and wanted the Corrie writers to decide for it already.

However, the funeral director’s portrayer Tony Maudsley has explained why they are taking things slowly on the street. Maudsley pointed out that Eileen had such a rough time with her ex-husband killer Pat Phelan (Connor McIntyre) and fans wouldn’t have liked it if George got with her too quickly.

“It would have jarred as the viewers are so protective over Eileen,” Tony told Digital Spy.

“They want Eileen to be happy and in George, she might finally have found that, if she would only let her guard down!” he added. 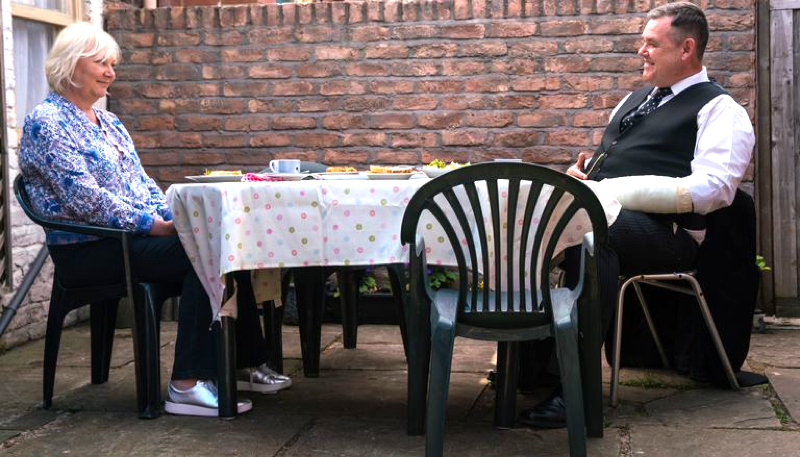 Eileen has been on the soap for 21 long years and had been involved in various problems with men such as with a serial killer, a lying fireman, a womanizer, and an investigator of slavery rings, yet Tony believes, viewers are on George’s side.

Maudsley expressed he can see a huge potential for the pair to be a classic Corrie couple. But are they heading that way after Pat Phelan’s Ashes Horror?

Corrie’s Friday episode (September 3) had its viewers feeling nostalgic after George and Todd stole the spotlight with its comedy show.

But fans had a break with the intense storyline after Todd accidentally trips over and throws Pat Phelan’s ashes in the air after his crazy chase with George.

Actor Gareth tweeted: “Had so much fun with @TonyMaudsley1 getting to do some proper old-school slapstick on tonight’s @itvcorrie …”

Corrie viewers praised the duo, complimenting they could be “Weatherfield’s answer to Laurel & Hardy!”

“It reminded me of Classic Corrie, where you have tension in the court but slapstick somewhere else, basically like how life is,” a fan commented.

“#Corrie at it’s very best…tension, high drama and top class, emotional performances in court and then comedy from George and Todd … That’s why Corrie is the best soap on telly by a million miles and deserves every award going,” another one said.

While George’s link to Phelan remains a mystery, fans are also intrigued by why George is being kind to manipulative Todd despite his crimes. Could they be connected biologically?

“There is obviously something in George’s past that we don’t know much about yet,” Maudsley teased during his interview with Digital Spy.