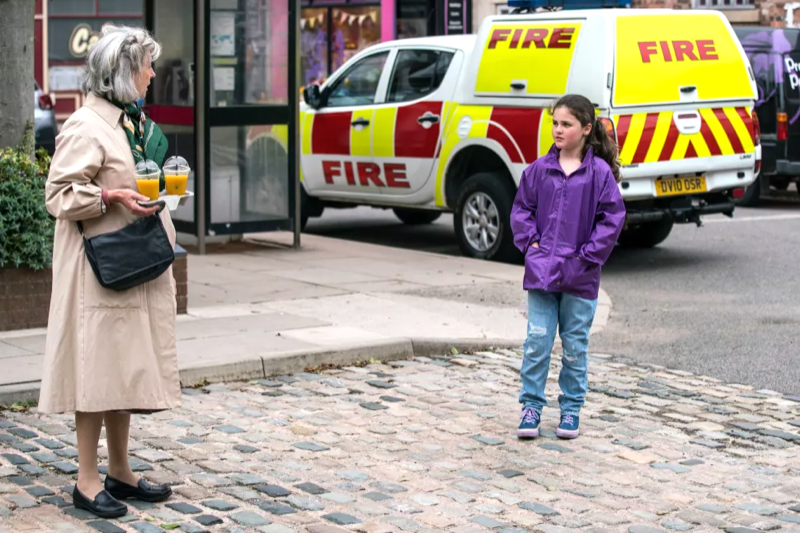 Coronation Street spoilers and updates tease that grandma Evelyn Plummer discerns that something’s wrong with her grandchild’s daughter Hope leading her to suspect the child is the culprit of the huge fire in Alina’s flat.

Hope Stape (Isabella Flanagan) resents the baby in Alina Pop’s (Ruxandra Porojnicu) womb after seeing how the child is getting all of Tyrone’s (Alan Halsall) attention. Feeling left out, Hope plans to get rid of Alina with the baby.

Hope presents a dinosaur toy to Alina at first, but she later changes her mind when she sees how excited Alina and Tyrone are after learning the child is a boy.

After tricking her mother Fiz (Jennie McAlpine) that she’s in her bedroom, Hope sneaks into the flat using the keys she stole from Alina in order to retrieve the toy.

Tyrone is out with his friends to celebrate the baby and is terrified to hear the news from Evelyn that his pregnant partner is inside the burning building.

Later in the café, Tyrone, Fiz, and Evelyn discuss the potential causes of the fire. Hope points out it must be Alina’s fault, as she’s alone on her own when the fire started. 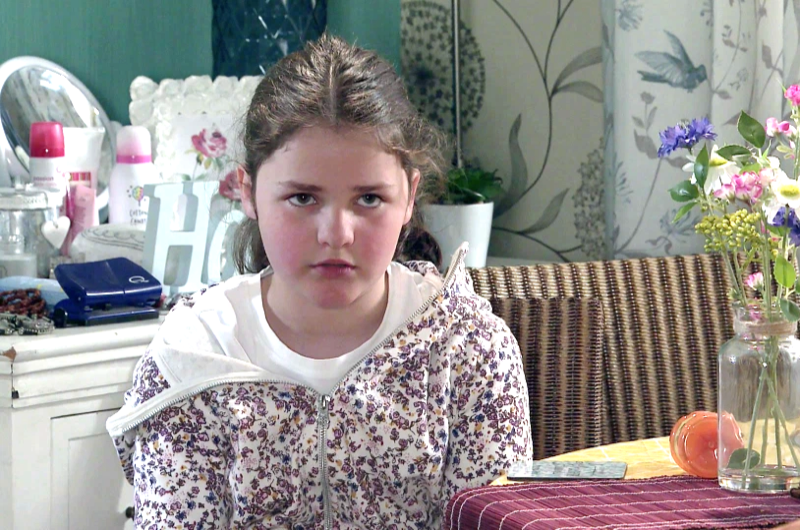 Evelyn (Maureen Lipman) suspects the child when they talk with police officer Craig (Colson Smith) for the fire investigation. The child quiz Craig if the person who is responsible for the fire will get in trouble.

Evelyn tells Fiz the child may know something about the fire but the mother feels attacked and defends that her child was in her room when the fire started.

With Fiz rejecting her suspicions, will Evelyn tell others instead?

Coronation Street Updates – Alina Pop Blames Herself For The Fire

Alina is sound asleep when the blaze started to consume her things in the flat.

In the hospital, Alina assures Tyrone she and the baby are safe. But Alina is soon overcome with sadness upon returning to the flat, seeing how the flames devoured all the things they bought for the baby.

Her ordeal worsens when the investigation officer tells Tyrone that the fire started with a candle and she’s quick to point out it must have been her aromatherapy candle that caused the flames.

But Alina changes her mind later when another police findings reveal the fire started in the baby’s cot having to piece it all together that someone must have moved the candle.

Her suspicions grow stronger when she learns her keys are missing. Will Alina suspect Hope? Or will she accuse Hope’s mother Fiz of taking revenge?