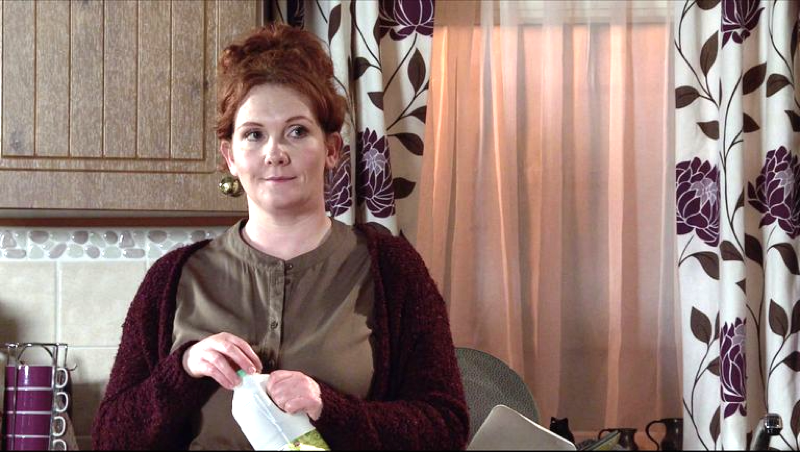 Coronation Street spoilers and updates tease that Fiz Stape (Jennie McAlpine) will have a new love interest, and Tyrone Dobbs (Alan Halsall) won’t be too happy about it. A customer named Phill (Jamie Kenna) will ask Fiz out for a drink and the pair will hit it off, making Tyrone feel extremely jealous.

It all starts when Fiz’s friends convince her to sign up for a dating website after split with Tyrone. Fans may recall that he left her and their kids for Alina Pop (Ruxandra Porojnicu), who is 15 years younger than him.

Fiz gets a reply from a man named Chris who says he wants to meet up at the Bistro. But she’ll be horrified to find out that her date is a female reporter from the local paper, who’s writing a story about women who have been dumped for someone younger. Fiz is conflicted at first but ends up giving all the juicy details about her failed relationship. As expected, Alina and Tyrone will be furious after they read the damning feature.

Next week, Tyrone will still be livid over Fiz’s decision to expose his affair with Alina in the press. He’ll want people to know his side of the story, too. But Kevin Webster (Michael Le Vell) suggests otherwise since readers wouldn’t like to hear him say bad things about Fiz. 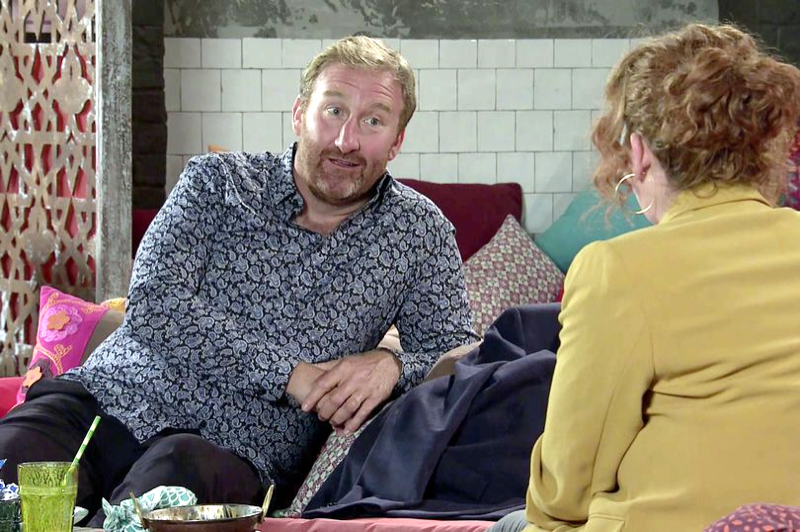 When Fiz meets up with her date in Speed Dall, the pair immediately hit it off, which will make Tyrone feel jealous when he calls in for a takeaway. Later on, Fiz asks Tyrone if he can look after the kids because she’ll be having a second date. He immediately declines and says he’s going out with Alina for dinner.

Tyrone tries to sabotage Fiz’s date by bringing Alina to the bistro for dinner. Alina gets annoyed when she notices that Tyrone can’t keep his eyes off Fiz. She’ll leave Tyrone to pay the bill and head home.

Tyrone, who’s already drunk, makes snide remarks at Fiz and Phill but he’ll be left embarrassed when his card gets declined and Phill offers to pay his bill instead. Things turn for the worse when Tyrone takes a swing at Phill, causing him to trip.

Halsall, who portrays Tyrone, said his character can’t accept that Fiz is moving on. “The green-eyed monster is there – and he makes a drunken fool of himself!” the actor added.

Seeing Fiz move on will be “a real eye-opener” for Tyrone especially now that Alina is pregnant and he’s in a situation that’s too different from what he imagined.