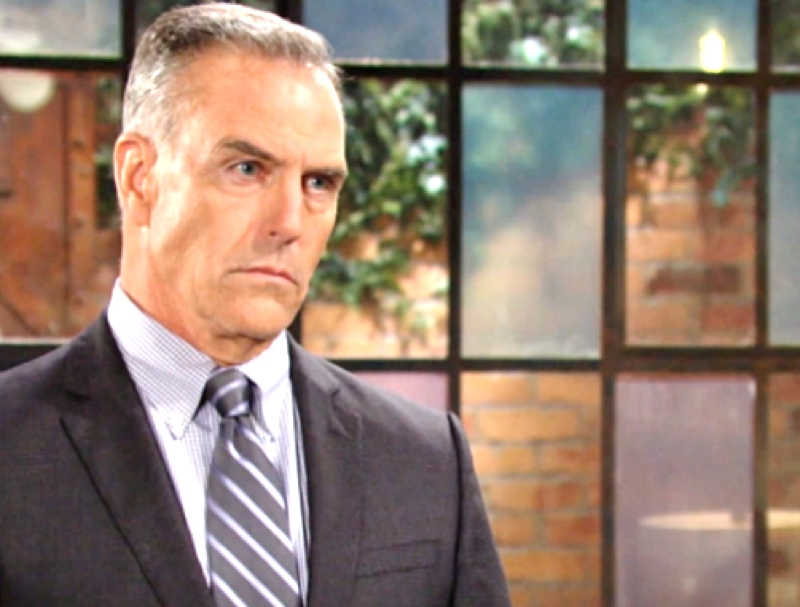 The Young and the Restless (Y&R) spoilers and updates tease that Ashland Locke (Richard Burgi) is believed to be dying from terminal cancer. He has rejected treatment to date, believing that any realized life extension would be minimal. That’s raised doubt. The lack of medical involvement would keep a lie intentionally hidden, as cynical minds believe.

Yes, there are those on both sides of the screen who are suspicious of Ashland’s health claims. It must be stated that those opinions are driven by no confirmed facts.

Ashland’s reputation creates natural doubt. However, what if he really does have cancer and then it goes into remission?

The Young And The Restless Spoilers – Victoria Newman Learns The Truth

Victoria Newman (Amelia Heinle) has positioned herself as the most likely or even only person who can learn the truth. It could be that she faces a terrible reveal, Ashland is lying in order to have created the merger between his company and Newman Enterprises.

But if she sees documents or talks with a legitimate doctor, unlike the compromised one her father, Victor Newman (Eric Braeden), paid to contain Chelsea Lawson (Melissa Claire Egan), then whatever is real should be confirmed. 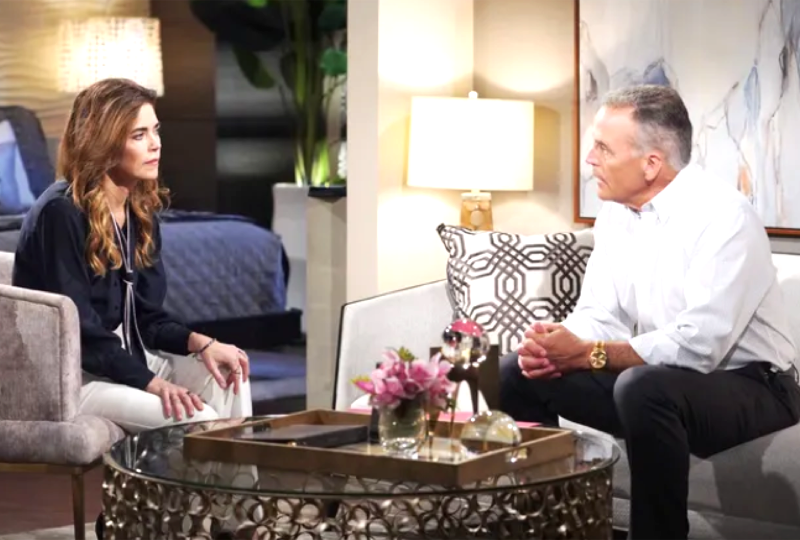 Victoria and the fans need to know whether Burgi’s character has staying power on Y&R. So, hopefully, light is shed upon this situation in the near future.

The Young And The Restless Updates – No Doctors Or Treatment Needed

One factor in medicine is that people do enter periods of remission. Ashland’s cancer, assuming that he’s been telling the truth, doesn’t have to lead to an imminent death sentence.

Ashland has refused treatment because he wants to live whatever amount of time he has on his terms. Victoria wasn’t in agreement with that stance but has come to accept his decision and to help him make the most of whatever life he has left to live.

Heinle’s character made a choice. She allowed herself to begin a personal relationship with Ashland. Her genuine feelings for him are clearly connected to his seemingly dire situation, which would imply that marriage comes next.

A Merger Beyond Business

If Ashland and Victoria marry, in anticipation of him dying, then he becomes far more than a legal business partner.

If his cancer goes into remission and Victoria adds Locke to her last name, then he gains access to her wealth. This assumes that a prenuptial agreement isn’t seen as needed because of Ashland’s terminal state.

The type of personal merger that’s been suggested would have far-reaching implications, even in limited-time circumstances. But if Ashland lives, then Victoria’s life and the business her father allowed her to run will be dramatically impacted.