The Young and The Restless (Y&R) spoilers and updates tease that Victoria Newman (Amelia Heinle) will set some boundaries for Billy Abbott (Jason Thompson) in an upcoming episode of The Young and the Restless, and he won’t like it!

Viewers of The Young and The Restless will recall that Billy is worried about Victoria’s involvement with Ashland Locke (Richard Burgi). For that matter, so are her parents, Victor and Nikki Newman (Eric Braeden, Melody Thomas Scott) which puts Victor and Billy Boy, as he calls him, on the same team in a rare occurrence. For one thing, there’s the optics – Ashland isn’t even divorced yet from Tara Locke (Elizabeth Leiner) although he claims long and loud that it’s in the process.

Victoria could be seen as being a factor in an ugly divorce. Not everyone would see it that way but some could, and some is too many! Plus, there is Ashland Locke’s reputation of being cold and ruthless, which Tara has alluded to as having been a problem in their marriage which led to her own affair with Kyle Abbott (Michael Mealor). Billy is very worried – he doesn’t want Locke within a continent of his and Victoria’s children either, and Victor and Nikki feel the same way.

Victor and Nikki even took it upon themselves to set up a get-together with both of them and Ashland and Victoria, solely for the purpose of feeling out Locke’s intentions, and both Victor and Nikki have spoken to him privately as well, warning him not to hurt their daughter. As viewers of The Young and The Restless can imagine, Victoria didn’t take that too well as a grown woman who is the CEO of Newman Enterprises! 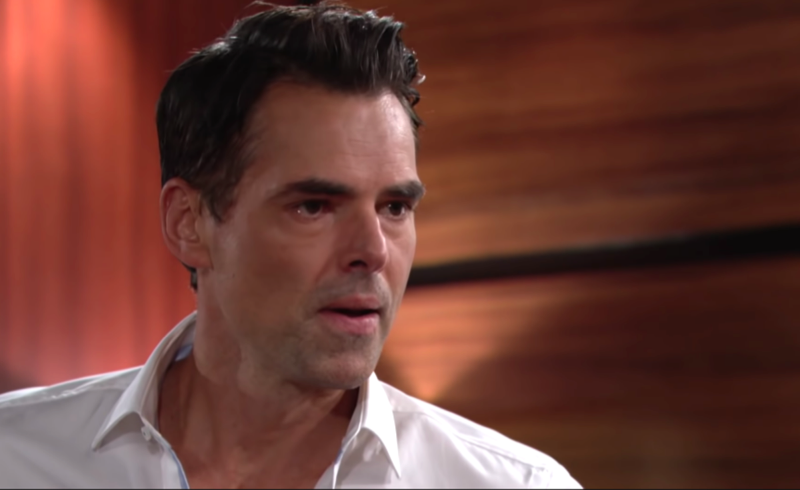 At The Grand Phoenix, Victoria will run into Billy, who makes a snide remark. Billy comments that she must be at The Grand Phoenix having come from Ashland Locke’s suite. Victoria is very evasive and doesn’t want to tell Billy her personal business. Viewers of The Young and The Restless can imagine what comes next. Billy asks Victoria to have a drink with him, and it takes him a while but finally talks her into it.

He starts by talking about their children, Johnny and Katie Abbott (Holden and Ryan Hare, Sienna Mercuri). They talk about the crafts that the children have been making in day camp, and how Johnny in particular has enjoyed the baseball games. Billy sneaks in a comment about Harrison Locke, (Kellen Enriquez) asking Victoria if she has met him. Victoria bristles. She cannot believe that Billy couldn’t even go two minutes without bringing up Ashland!

Then she gives tit for tat, with a brusque reminder that Billy never gave her a warning about his moving in with Lily Winters (Christel Khalil)! Billy counters with there were nothing to warn about – sweet Lily is miles apart from the “Locke Ness Monster!” Victoria wonders if Billy ever trusts that she knows what she’s doing! She says maybe she has a plan, and to stay out of her personal business and to stay away from her!

Lily appears, and after Victoria leaves, he worries to her about Victoria playing with fire where Ashland is concerned! Viewers of The Young and The Restless can imagine that Billy doesn’t like the mother of his children putting up boundaries to him, that may affect their kids.

Days Of Our Lives (DOOL) Spoilers: Brady Finds Out Nicole’s Secret, Confronts Her Over Xander