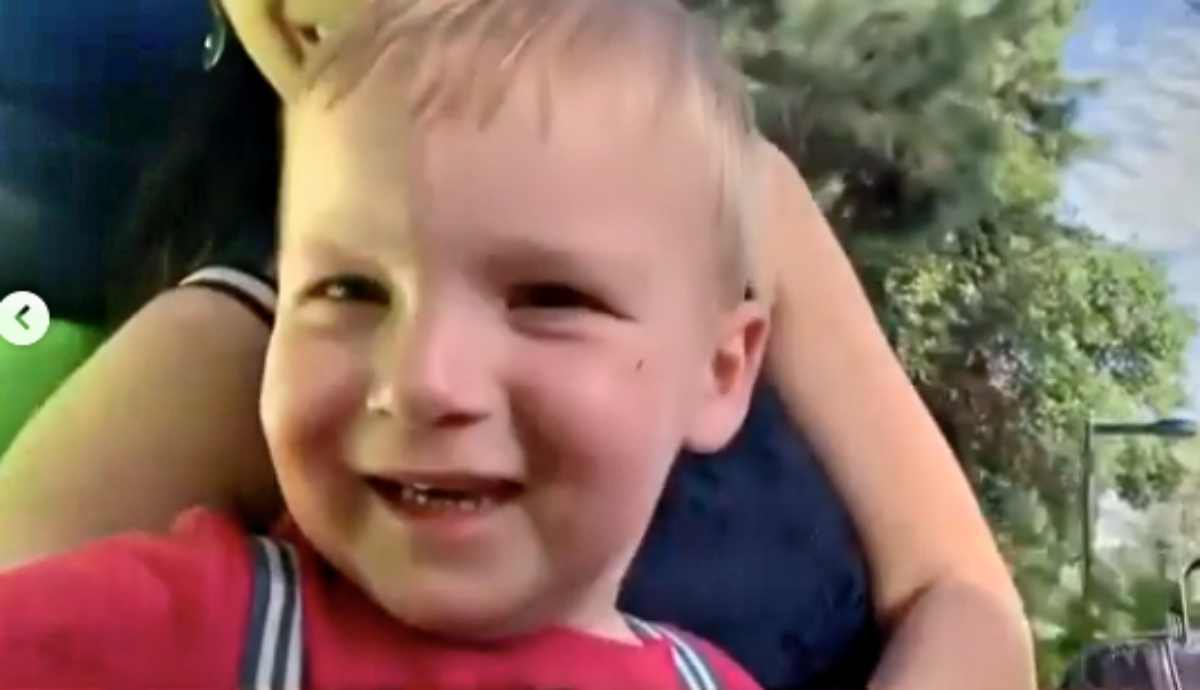 View Story
General Hospital spoilers teases that pint sized actors and twins Theodore and Erik Olson recently had fun at Disneyland the first time, and their parents posted four photos of them on Instagram recently.

There are four photos, of Theo and Erik posing with Pluto, Mickey in front of the steamboat scene (Diehard Disney fans will recall that everyone’s favorite mouse first appeared in a cartoon short called “Steamboat Willie” in 1928, along with Minnie) and also Donald Duck and Goofy. Comments posted by their parents are as follow: “The boys went to Disneyland for the first time ever!!! It was SO much fun!

In usual Theo & Erik fashion, their favorite thing was hugging all the characters. They also loved the Autopia ride (as you can see by swiping right), the Jungle cruise and the Winnie the Pooh ride! It truly was a magical day!!” The twins are obviously walking now and are two years old. Their parents also posted some trivia about the twins and their “employer” commenting “Disney owns ABC, which means that the boys are technically employees of Mickey Mouse! That might explain why they were so star struck when they saw him!”

Theo and Erik have played Wiley Corinthos, formerly known as Wiley Cooper-Jones on the ABC daytime drama since July 2018 and onscreen are around eighteen months old. They had their second birthday on February 2, 2020. All of their General Hospital co-stars adore them, which is quite obvious by all the photos of various photos of all the General Hospital stars holding them, usually both at one time!

They are quite good at ad-libbing lines already, even when they are not old enough to have scripts handed them! Co-star Parry Shen posted an outtake a few months ago with Erik, who gave a dirty look to him at just the right time considering what was happening in the scene! In this particular scene, Michael Corinthos, played by Chad Duell, confronts Brad Cooper, played by Parry Shen, about not packing snacks for Wiley before taking him to daycare, and Michael, as the emergency point of contact had to pick him up because Brad had forgotten to turn on his cell phone!

Parry wrote of this outtake – sometimes referred to as a “blooper”, “Here’s what you DIDN’T see on today’s #GH right after Michael questions Brad being able to parent solo — me mustering every ounce of strength to keep from laughing before ‘cut was called. Erik Olson was so in ‘the moment’ intently staring Brad down as if to say, “Smh. Yesterday you forgot to pack me a snack and today you were late for pickups.

He’s right, dude. You’re losin’ it.” #outtakes” Perfect timing! In another recent episode one of the twins was in a scene with Chad and he was talking to another person in the scene and Chad’s line required a response, yes or no. The baby loudly said “YES!” How do they keep straight faces?!