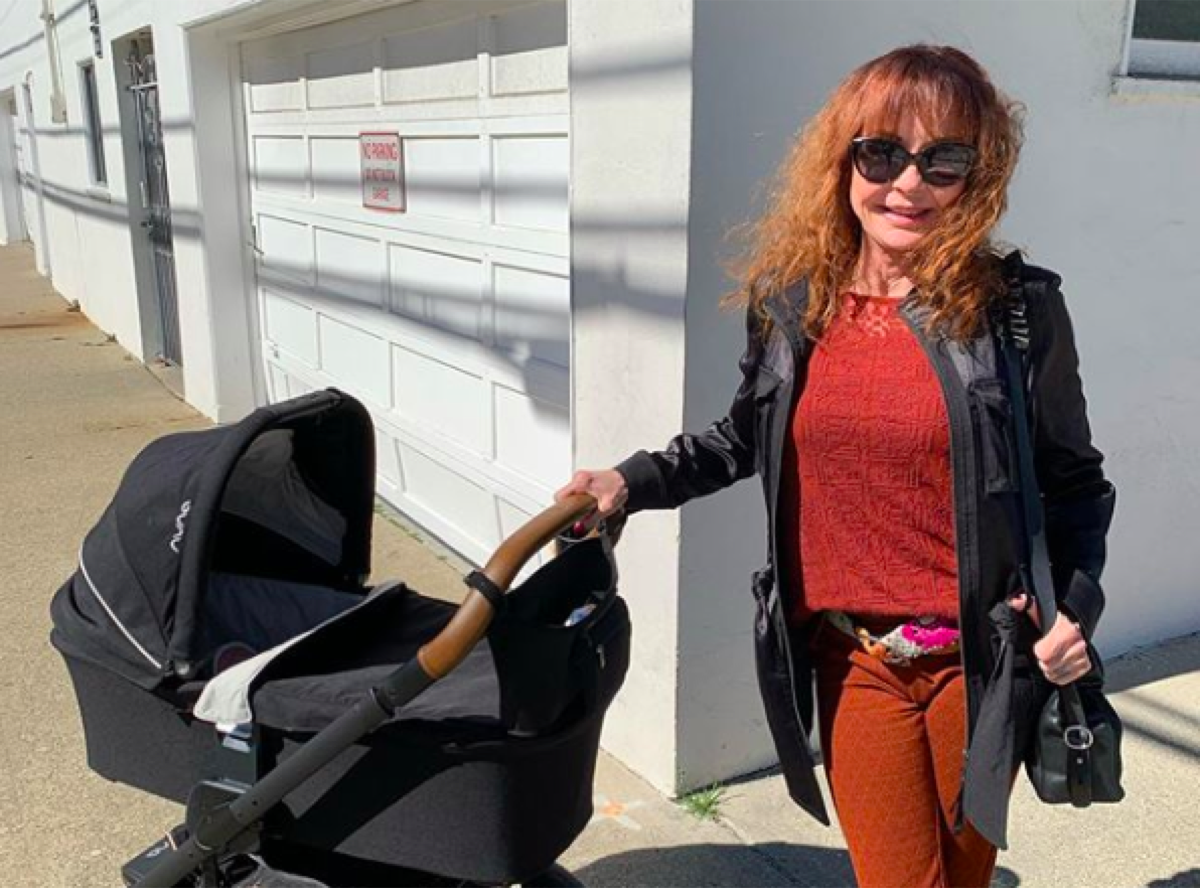 Baby Kennedy is two months old now; Jackie’s daughter Cassidy MacLeod gave birth to her granddaughter Kennedy on December 20 2019, and Jackie announced her birth on Instagram as well, as many mothers and grandmothers do, employing social media as a “brag book” instead of photographs and pocketbook sized photo albums. On this post, Jackie writes: Kennedy and me out for a walk with Momma Cassidy. #love #family #sanfrancisco “with a photo of her pushing the baby in a buggy.

The manner and method of “brag books” may have changed over the years, but baby buggies are always going to be baby buggies! Kennedy Elise MacLeod is Cutter and Cassidy McLeod’s first child, and it is obvious that she’s Jackie’s first grandchild! Her Instagram is full of brag book like shots of the wee one!

But then don’t all grandmas put all their grandchildren’s’ photos in their brag books, regardless of what type brag book they use, social media, phones, or little albums or scrapbooks? Kennedy Elise MacLeod was born ten days early, but what a sweet early Christmas present for her parents and grandparents!

Kennedy and me out for a walk with Momma Cassidy. #love #family #sanfrancisco

Jackie has played Nurse Barbara Jean “Bobbie” Spencer on ABC’s daytime drama “General Hospital” since 1977, as the younger sister of the iconic character Luke Spencer, played by Anthony Geary. She also played Lana McClain on the defunct ABC daytime drama “One Life To Live”, and is co-host of “Make This Place Your Home” on TLC, otherwise known as “The Learning Channel” on cable, and Sofia Madison on “The Bay”, an online daytime drama on Amazon.com.

She is a woman of many talents, selling beauty essentials on her website, jacklynzemanbeauty.com and is also a dancer, having begun training for the classic ballet at age 5. Later, she was accepted into the New Jersey Dance Company at age 15, and accepted a scholarship from New York University at age 15 to pursue a major in dance.

Jackie Is Also A Mother To Several Furbabies

Jackie is also a mother to several furbabies, a large German Shepherd named Maddie, a smaller dog named Bella, who appears to be a mixed breed – possibly a puggle; another dog named Rick, a Shiba Inu; and a ginger tabby cat named Simba, and a large gray cat named Bacci, who also appear several times on her Instagram.

She is obviously an animal lover because she also has some photos of friendly bunnies, geese, and other animals she shot in a park, and a duck family in a pool! It is plain to see that Jackie loves her furbabies too, but for some mysterious reason (wink wink), since Kennedy was born, we see a lot more of her than we do of the furbabies!
Stay tuned to ABC’s General Hospital to see Jackie in action as Bobbie, and check Celebrity Baby Laundry frequently for all the latest news, updates and developments!