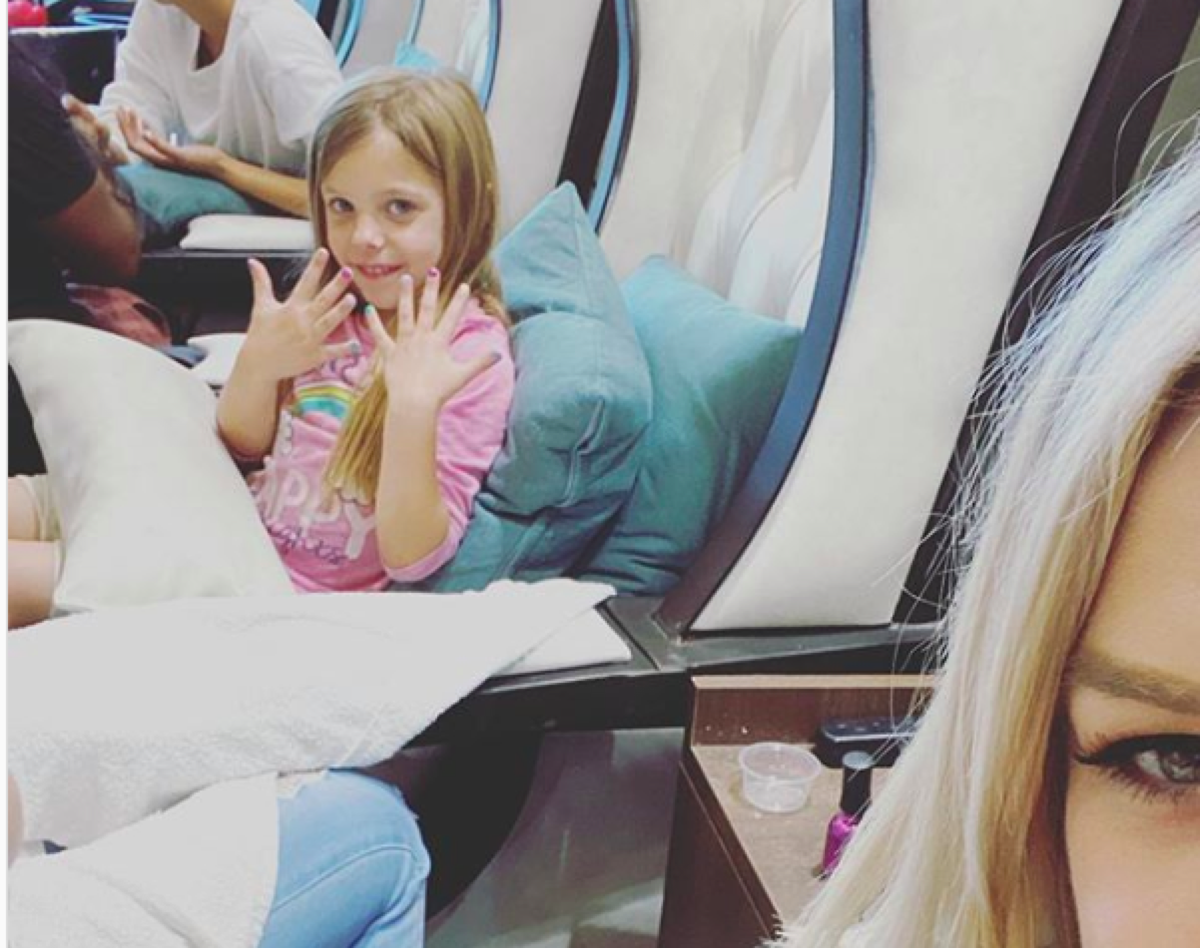 General Hospital spoilers teases that Kirsten Storms, ABC “General Hospital” actress had a mommy and daughter manicure time with her daughter Harper Rose Barash recently and posted about it on Instagram.

Kirsten posted a photo of the two with Harper Rose showing off her newly painted nails, and commented, “Manicure Monday With My Baby.” Little Harper Rose, who was named after author Harper Lee because of her daddy Brandon Barash’s love of the book “To Kill A Mockingbird” is five years old and officially became an incoming kindergartener June 27th, 2019.

Kirsten also discovered that her daughter had learned to braid hair recently, and recently commented in another Instagram post, “When Harper asked me if she could braid my hair, my first thought was “Get the detangling spray out, it’s gonna be a knotty ride”…and then she started sectioning my hair into 3 parts. “I taught myself how to braid, Mommy! Let me take a picture so you can see!” I’m still shocked (cut me some slack..she just turned 6) – and also really proud.

Kirsten Also Discovered That Her Daughter Had Learned To Braid Hair Recently,

I braid Harper’s hair aaaaaall the time (Elsa braids, pigtail braids, once she went to school with 6 French braids – that was a specific request), so it’s no surprise that she knew this would give me feels My mom taught me how to braid – which I’ve always thought was special, but my daughter taught herself and her determination kicks ass.

Yes, I’m totally still rocking this hairdo and will be until the rubber band falls out. #itsthelittlethings #futureDIYer #braidsbyBuggy.” Both of Harper’s parents frequently post photos of Harper and her growing-up achievements on Instagram and their other social media accounts.

DiMera on the NBC daytime drama Days of Our Lives, although he has also done many appearances in prime time shows, such as portraying author Ernest Hemingway in the cancelled NBC primetime program “Timeless”. Brandon has been quoted as saying his role as Ernest Hemingway has been one of his favorites. Harper was named after author Harper Lee, known for the novel “To Kill A Mockingbird” which is one of Brandon’s all-time favorite books.

Brandon has been filming again at Days of Our Lives, but it is unsure whether he will reprise Stefan O. DiMera (who was “killed off”) or another character.
Keep an eye out for Kirsten on GH, Brandon on DOOL, and keep an eye on Celebrity Baby Laundry as well for all the latest news, updates and developments.