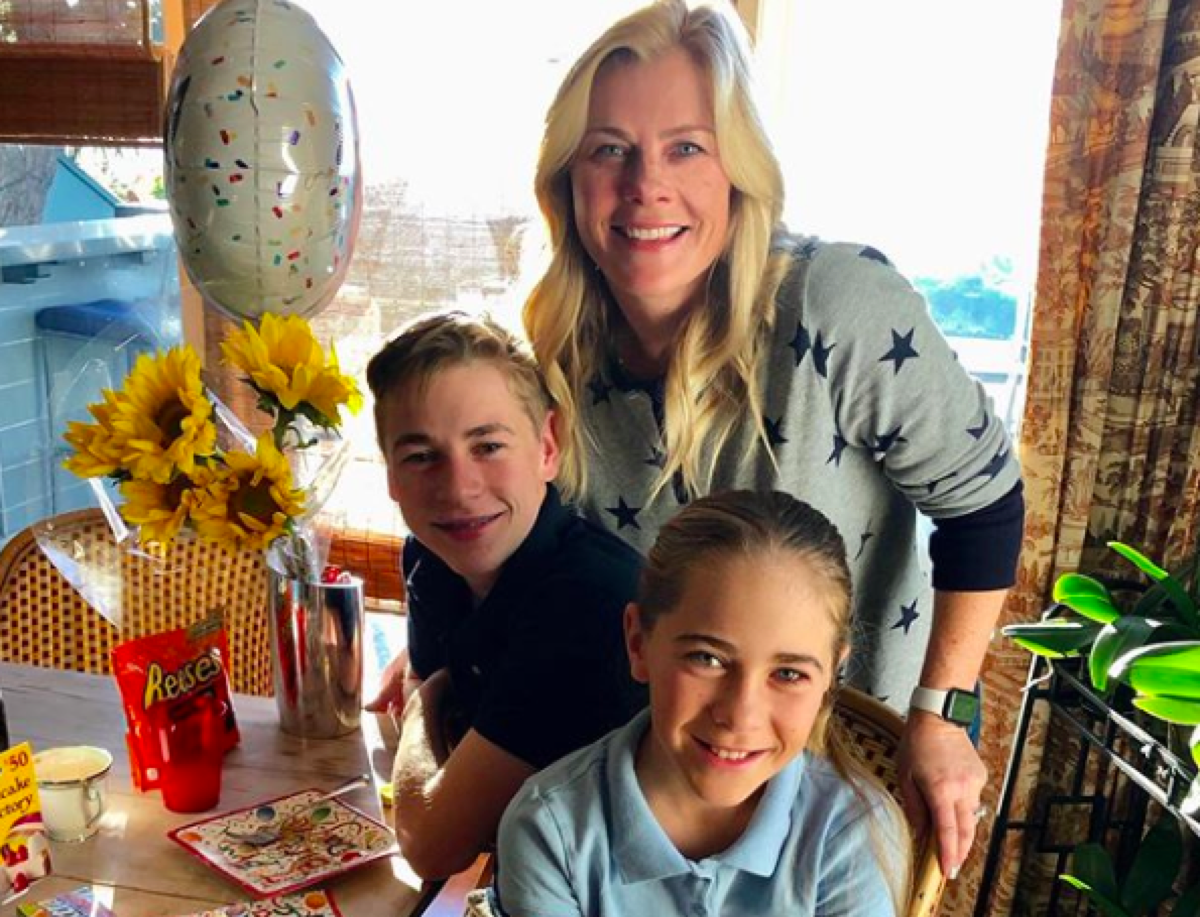 Days of Of Our Lives spoilers teases that actress Alison Sweeney, known for her Hallmark Movies Series “Murder: She Baked”, “The Chronicle Mysteries” and NBC’s “Days of Our Lives” celebrated her son Ben’s birthday recently and posted it on Instagram.

Alison Sweeney Posted A Photo Of Herself, Ben, And Her Daughter Polly

Alison, who goes by “Ali” often, posted a photo of herself, Ben and her daughter Polly with balloons and cards on the kitchen table. She wrote, “We have a birthday tradition in our family to celebrate first thing in the morning. We had each contributed a few of Ben’s favorites to surprise him with as well as some funny birthday cards we knew would make him laugh.

Buttermilk pancakes are one of Ben’s favorite treats – and it’s #nationalpancakeday so, definitely a must this morning! Happy 15th birthday Ben!!” The said pancakes didn’t get in the shot, but maybe they hadn’t been made when the picture was taken. Polly is going on eleven. Alison Sweeney and her husband David Sanov have been married for twenty years and have the two children, Ben and Polly.

Alison is most famous for her role of Sami on “Days of Our Lives” although she also played roles as Adrienne Kiriakis and Colleen Brady on the soap. She is set to reprise her character of Sami Brady on “Days of Our Lives” in the next few months. She has two Hallmark Movies series on Hallmark Mysteries and Movies, and in her first series, called “Murder She Baked” she plays Hannah Swensen, an owner of a bakery in a small town in Minnesota, called Eden Lake.

In Alison’s newer series on Hallmark Mysteries and Movies, called “The Chronicle Mysteries” she plays a podcast host named Alex McPherson who moves back to her hometown and stays to manage the local newspaper, The Chronicle which is owned by her uncle.

Alison Sweeney was born on September 19, 1976 in Los Angeles, California, USA as Alison Jane Sweeney, and won the Viewer’s Choice award for America’s Favorite Villain at the 29th Annual Daytime Emmy Awards held on May 12, 2002 for her portrayal of Sami Brady on “Days Of Our Lives. One of her “life quotes” is “I save my dreams and hopes for my kids. When I’m making a wish under a bridge or tunnel, it’s always for them.” Keep an eye for Alison on Days of Our Lives as Sami on NBC, and Hannah on Murder, She Baked, and Alex on The Chronicle Mysteries.

Check Celebrity Baby Laundry on a regular basis for all the latest news, updates and developments.