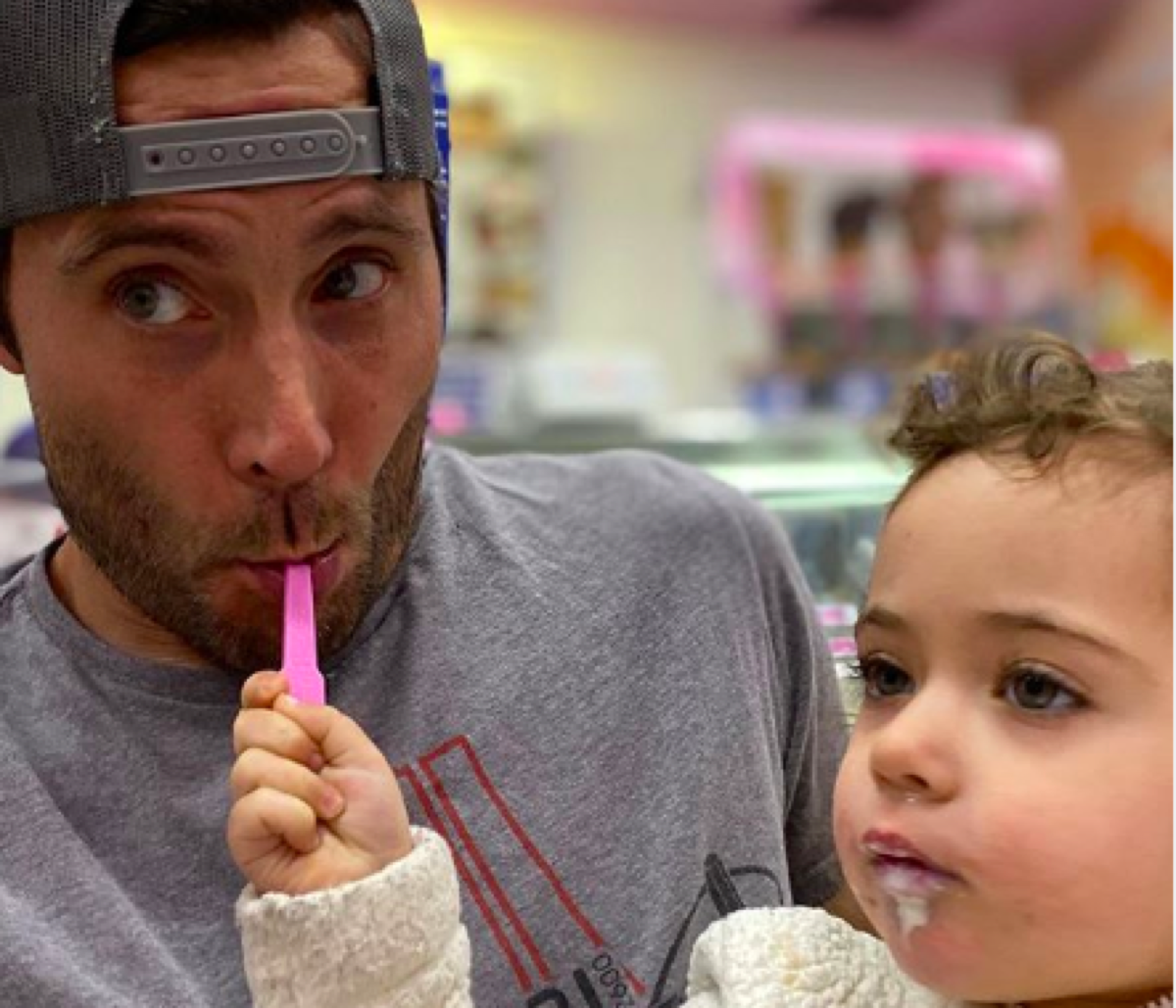 General Hospital spoilers teases that actress Emme Rylan had a hilarious incident in a local Baskin-Robbins recently with her youngest daughter, Dakota Rose Money, and posted it on Instagram.

Dakota Rose was feeding a sample of ice cream to the Baskin-Robbins guy, in a classic example of role reversal! It could have been worse – they could have been in a Cinnabon and then it would be roll reversal role reversal! Emme posted a cute photo of the two, commenting “Can’t take them anywhere. Also we laughed ourselves to tears (not a saying?) at that picture of Don.

The Baskin Robbins worker was very patient or maybe he was just silently counting down the seconds before we left.” One friend of Emme’s (apparently) commented “You mean Dan.” Emme responded “HAHAHAHAHAHA!” Emme’s husband is named Don! Uh-oh – it looks like the infamous “mom brain” has struck again! Mothers of younger children and babies especially should be very familiar with that term!

More About The Family

Emme and her husband Don Money are the parents of Jackson Robert Money, born on October 22, 2009, Levi Thomas Money, born on November 3, 2011 and the baby of the family and only girl, of course is Dakota Rose. They also have four furbabies, , two dogs named Hudson and Blue and two Himalayan longhaired cats, one named Jasper, and the other who she hasn’t named in any of her posts but did ask for ideas for names!

Can’t take them anywhere. Also we laughed ourselves to tears (not a saying?) at that picture of Don. The Baskin Robbins worker was very patient or maybe he was just silently counting down the seconds before we left.

Emme is an actress, known for playing Abby Newman on the CBS daytime drama, “The Young and The Restless” and Lizzie Spaulding on the defunct CBS daytime drama “The Guiding Light” as Marcy Rylan. She currently plays Lulu Spencer on the ABC daytime drama “General Hospital” and also is the proud crafter and owner of an Etsy shop, “Handmade By Emme” where she sells her handmade jewelry and knitted items through. Emme Rylan was born on November 4, 1980 in Providence, North Carolina, USA as Marcy Faith Behrens.

In 2009 she legally changed her name from Marcy Faith Behrens to Emme Marcy Rylan. Emme has played Lulu Spencer on General Hospital since 2013. She has also done some film production and was born on November 4, 1980 in Providence, North Carolina, USA as Marcy Faith Behrens. Her film production work includes “Bring It On: All or Nothing” (2006), “Shevenge” (2015) and “Impulse Black” (2011).

Check out ABC’s General Hospital to see Emme Rylan as Lulu Spencer, and check Celebrity Baby Laundry frequently for all the latest news, updates and developments!