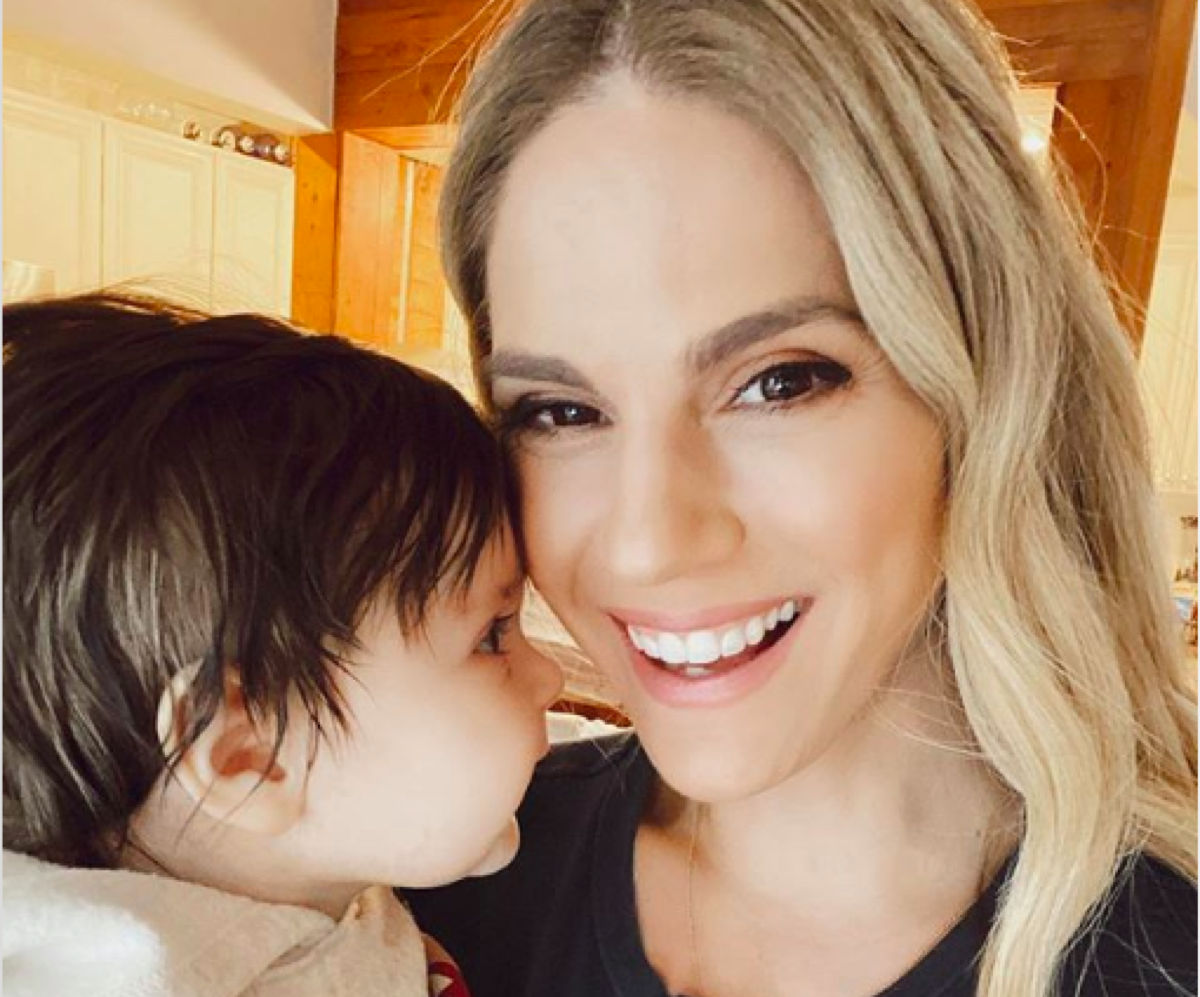 The Bold and The Beautiful spoilers teases that actress Kelly Kruger Brooks is in love with her and her husband, actor Darin Brooks’ baby daughter Everleigh Jolie Brooks, and the photo she recently posted on Instagram proves it!

Kelly recently posted a photo of herself with her little one and wrote “Happy (#makeup) Monday! Video with this look coming at you using all @ctilburymakeup but first comment one thing you’re grateful for below. This little nugget waking us up with raspberries and coos first thing in the morning is the best alarm clock ever!

I got @katrinakbowden hooked on @fiveminutejournal and thought I’d share how great it is to start every single day writing down 3 things you are grateful for. So let’s start with one! (Even tho it’s the afternoon, I planned this post this morning but you know, mom life) #gratitude #momlife #babygirl.” You can tell she’s grateful for her “little nugget”.

More About The Brooks Family

Everleigh Jolie Brooks was born on September 22, 2019 so she is now just five months old. Kelly Kruger was born on November 12, 1982 in Montreal, Quebec, Canada. She is an actress and producer, known for The Young and the Restless, Entourage and Blue Mountain State. She has been married to Darin Brooks since March 21, 2016. Darin Brooks was born on May 27, 1984 in Honolulu, Hawaii, USA as Darin Lee Brooks.

Eva is a Forrester International publicist. She helps to oversee photo shoots in Paris and Amsterdam, but the scriptwriters have never given her a last name! She also appeared in “The Bold and The Beautiful’s” sister daytime drama, “The Young and The Restless” as Mackenzie Browning from February 2002 to July 2003. Kelly speaks French fluently; and at 17, was discovered by Elite Models while visiting her family in Los Angeles.

She worked with multiple teen magazines, Macy’s, Sebastian Hair and others. After working as a model, she began pursuing her real passion of acting. Kelly landed a lead role in the feature film Vampire Clan. Kruger also appeared in several movies, as well as one episode each of the TV series Knight Rider and Blue Mountain State. Kelly has appeared on Hit shows such as Entourage, Bones, Criminal Minds, Castle, and Rizzoli & Isles. Darin Brooks started his acting career with the theater program at his high school. He played Rapunzel’s prince in his high school’s production of Into the Woods.

He later enrolled in acting classes, began modeling, and worked as an extra in films. He was discovered by casting director Kathy Henderson. When Brooks moved to Los Angeles, California, he called Henderson immediately, took acting classes at the renowned Ivana Chubbuck Studios,and got an agent. Two years after the move, he was portraying Max Brady on the NBC drama series Days of Our Lives. He later starred as Alex Moran on the Spike TV series Blue Mountain State. In 2010, Brooks starred as Mr. Blake Owens on the web series Miss Behave.

Keep an eye out for Darin and Kelly on CBS’s “The Bold and The Beautiful” and keep checking Celebrity Baby Laundry frequently for all the latest news, updates and developments!