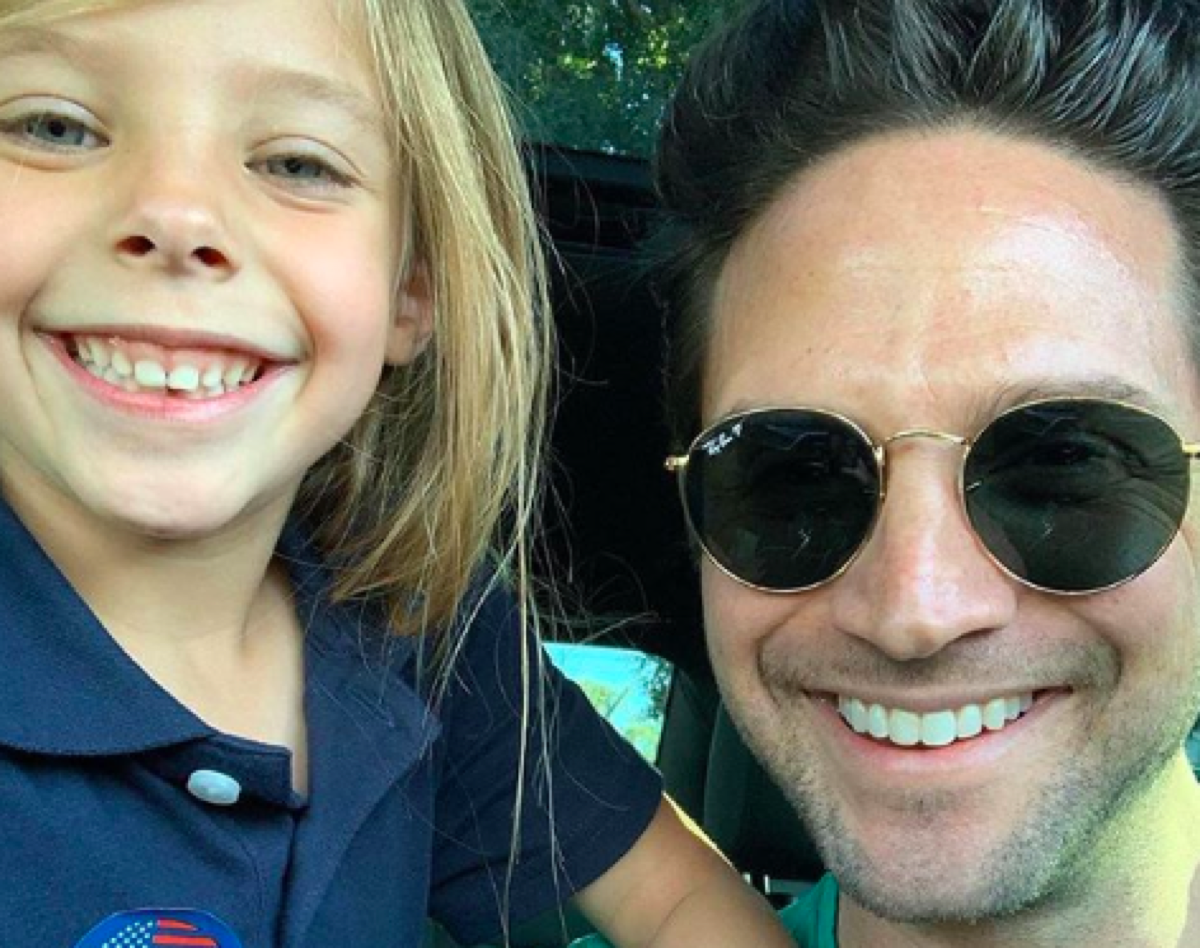 Days Of Our Lives spoilers teases that actor Brandon Barash taught his daughter, Harper Rose Barash something very important even for a five year old to learn about recently; the importance of voting, and posted about it on Instagram.

Brandon obviously feels that no one is too young to know the importance of voting, and commented as follows on the Instagram post: “It was important to me today not just to vote, but to teach Harper about it, because in just three presidential election cycles, this lil’ lady will be voting.

We’ve already talked about what voting is, what it means to be able to vote, and why we should always vote to exercise our role in democracy. It’s part of my daily quest to help her be the best human she can, and in turn, I become a better one too.#leaveitbetterthanyoufoundit 🇺🇸.”

Harper’s daddy, Brandon has been on two daytime dramas, on ABC’s “General Hospital” as “Johnny Zacchara” and NBC’s “Days of Our Lives” as “Stefan O. DiMera”. Brandon has also made many appearances in prime time shows, such as portraying author Ernest Hemingway in the cancelled NBC primetime program “Timeless”. Brandon is quoted as saying that playing Hemingway was one of his favorite roles ever, being a fan of classic novels. Harper was named after author Harper Lee, known for the novel “To Kill A Mockingbird” which is one of Brandon’s all-time favorite books.

Harper Rose herself played an infant “Georgie Spinelli” on the ABC daytime drama “General Hospital” to her mother, Kirsten’s character, “Maxie Jones”, a role she has played since May of 2005. Kirsten herself started acting as a teenager, most notably as “Belle Black” in the NBC soap opera “Days of Our Lives”. Harper’s parents are divorced but remain friends and are very successful at co-parenting. Both Kirsten and Brandon post numerous photos of Harper on their social media accounts.

Keep an eye out for Brandon on “Days of Our Lives” in the next few months, and for Kristen in “General Hospital.” Check Celebrity Baby Laundry frequently for all the latest news, updates and developments!