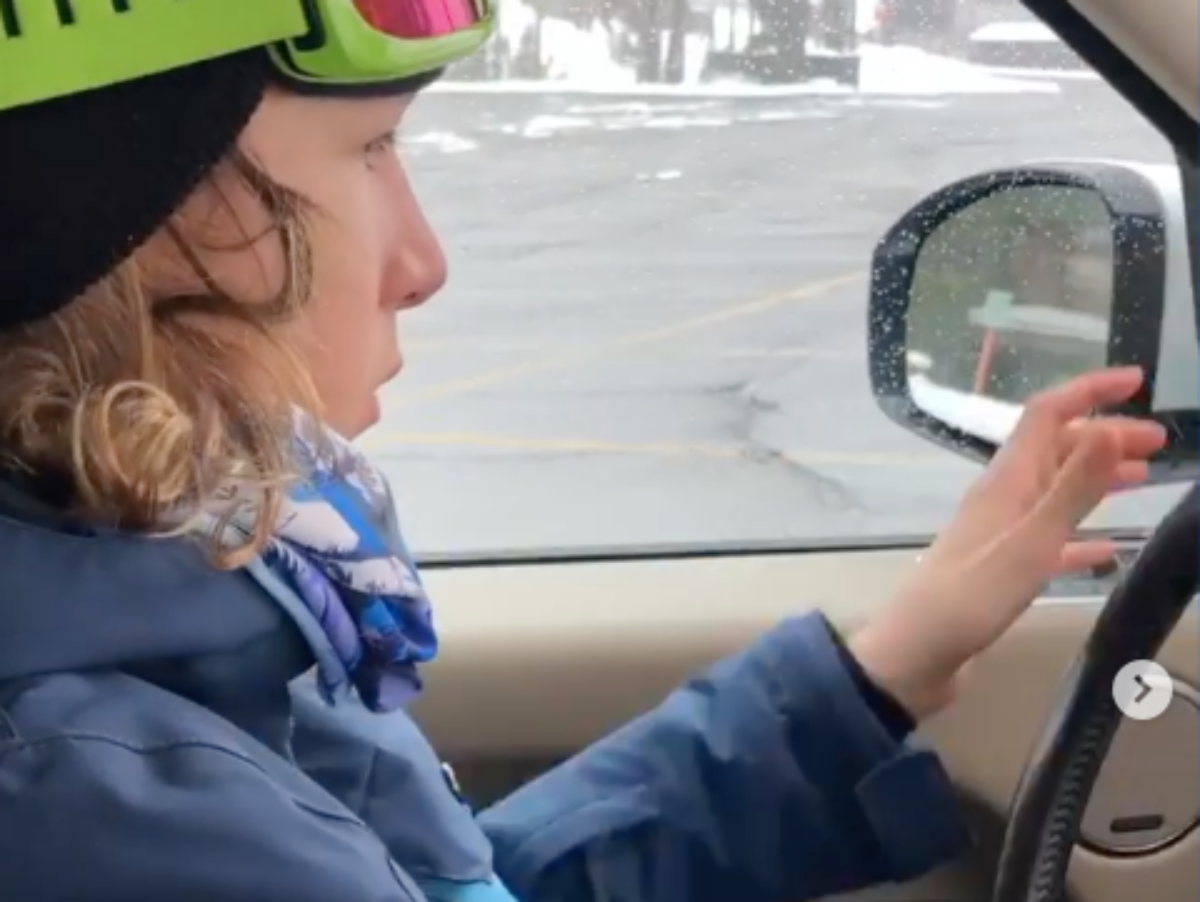 General Hospital spoilers teases that actor Ingo Rademacher is teaching his oldest son, Peanut Kai, to drive. Peanut is only eleven, but not to worry, it’s only an empty parking lot!

Ingo Rademacher Videoed Peanut Kai As He Was Driving Around

Ingo videoed Peanut as he drove around the parking lot and posted the video on Instagram. He commented, “May as well – empty parking lot. Where/when did u learn to drive. Share your story.”

There is no word on whether he’s going to teach his younger son, Pohaku Zen to drive also – he’s eight, but then he may still be a little too short to reach the wheel, the pedals, and see through the windshield! Ingo and his family are in Mammoth Lakes, California and even though there is a shelter in place order there currently, this is in the less populated part of the state and the population isn’t so crowded together there and social distancing is easier to maintain.

Many pre-teens in rural areas learn to drive and their states have special permits to drive tractors, trucks or other farm equipment to help out with the family farm business, so teaching an eleven-year old to drive around in an empty parking lot is really not as unusual as one would think! Ingo must want Peanut to learn the rules of the road – or should we say, the rules of the parking lot – early!

More About Ingo Rademacher And His Family And Career

Ingo is probably best known for his role as Jasper “Jax” Jacks on the ABC daytime drama “General Hospital” although he previously appeared on the CBS daytime drama “The Bold and The Beautiful” as Thorne Forrester. Ingo also has comedic abilities, and has shown them off appearing on “Veronica’s Closet”, “According To Jim” and “Clueless” and in Aaron Spelling’s “Titans”.

Ingo is also a dancer. In the spring of 2013, Ingo danced his way into the the semi-finals of “Dancing With The Stars” partnered with Kym Johnson. He recurs on CBS’s “Hawaii Five O” as federal prosecutor Robert Coughlin and can be seen next year in the new STARZ series “Counterpart”. Ingo was also seen on the big screen in “Alex Cross”. Ingo’s wife, Ehiku and he married in 2009 and they have the two boys, Peanut and Pohaku. Ehiku is native Hawaiian, and the Rademachers are a tight knit family who are seen doing everything together.

They Frequently Go To Mammoth Lakes On Skiing Trips

From previous Instagram posts we can see that the dog’s name is Prismo, who appears to be a young German Shepherd. Ingo considers him his third child as seen in a previous Instagram post. A family road trip is always pleasant when the family likes beautiful scenery and this part of California certainly fits that description. The Rademachers are now living in Los Angeles to further expand their company and work in Hollywood, Ingo of course in his role as “Jax” in “General Hospital”.

They frequently go to Mammoth Lakes on skiing trips, and considering that this post originated there they must have gone skiing and stayed in Mammoth Lakes and did not return to Los Angeles. They also travel the coast with their family competing in Stand Up Paddle competitions. They previously lived in Hawaii, also known for its beautiful scenery, where Ingo and Ehiku started an Activewear company in 2012 named Mahiku Activewear Hawaii. They opened their first brick and mortar store in 2015 in their local town at the time, of Haleiwa.

Check out ABC’s General Hospital to see Ingo Rademacher, and check Celebrity Baby Laundry frequently for all the latest news, updates and developments.