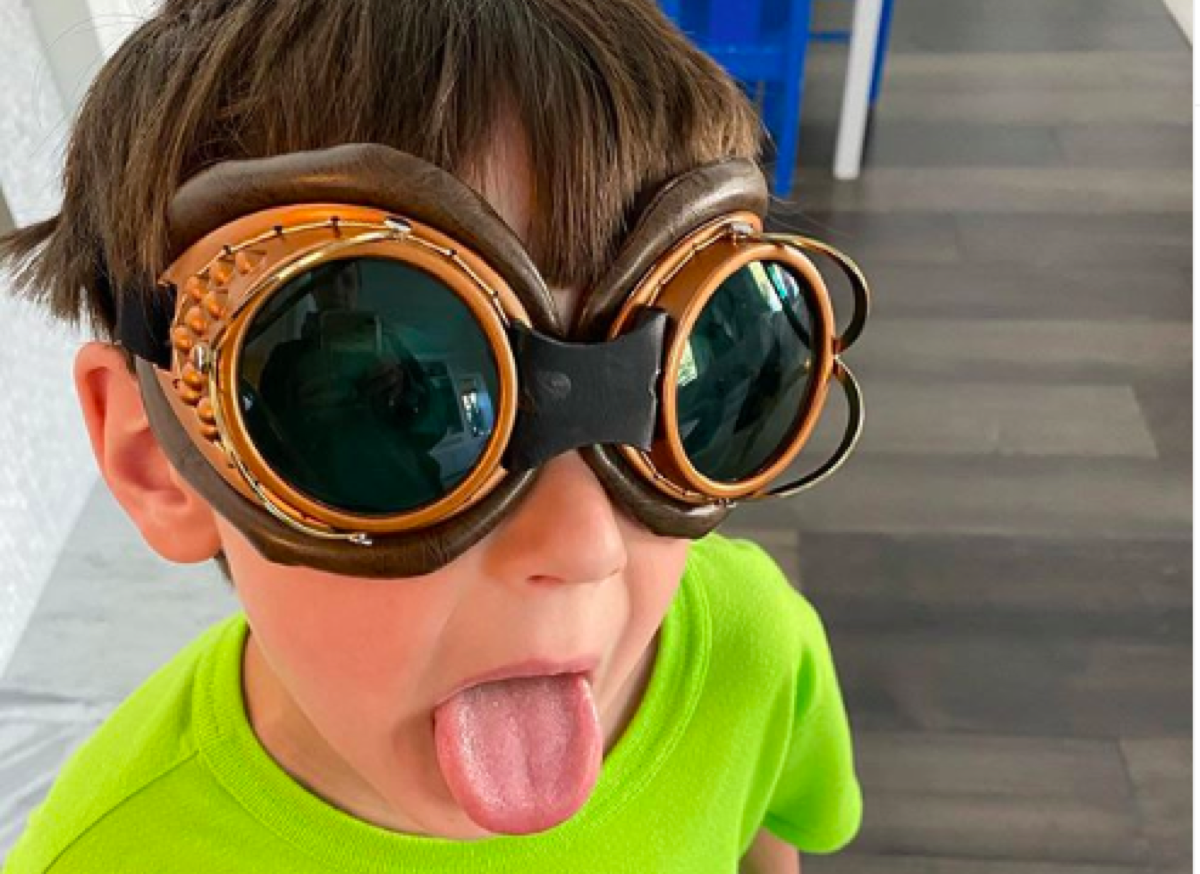 Henry Joseph Samiri Has On Goggles And Sticks Out His Tongue

Little Henry has on goggles and sticks out his tongue as he posts (or maybe his mommy and daddy do the posting) on Instagram and comments: ““Mommy, is there something on my tongue?” It looks like he probably has on pajamas too. Henry was born on July 27, 2013 and is six years old. Little kids have the right idea when it comes to stress relief – they just play it out having fun!

Being silly is definitely better than being stressed! We adults could take a hint from the little ones and chill out! Of course, as viewers of the daytime drama “The Bold And The Beautiful” know, little Henry is an actor, so that skill set includes creative playtimes!! Maybe he’s playing superhero in those goggles – perhaps “The Fly?”

About Henry Joseph Samiri And His Family

Henry does have an older brother, also an actor who played his television father “Thomas Forrester” (Matthew Atkinson) as a child on a recent episode of the daytime drama, named William Samiri. It appears the two boys also have an older sister from looking at a post from around Christmas of 2019 where the three are seated on a couch posing.

There is also a post on his Instagram account congratulating the sister for winning an ice skating competition but her name is not shown. He is also a community theatre actor following in the footsteps of other family members. He has been involved in various community program as part of his family’s commitment to such causes.

Henry’s character, Douglas Forrester, is the son of Thomas Forrester and the late Caroline Spencer ll, played by Linsey Godfrey. He is the unofficial stepdaughter of Hope Logan, played by Annika Noelle, although in the show they do currently have him living with Liam Spencer (Scott Clifton) and Hope, because Hope has fallen in love with the little boy and he with her, even though she is not his birth mother.

Caroline was Liam’s aunt so he is a much older cousin. Caroline Spencer died when Douglas was too little to remember her so in essence, Hope is the only mother he has ever known, and so the two are very bonded and attached to one another and Hope and Thomas were married for a short time. Liam and Hope have saved Douglas from a miserable life with the emotionally abusive, manipulating Thomas!

Current storylines had little Douglas making bride and groom t shirts for Hope and Liam and him performing an at home wedding ceremony with baby Beth Spencer (Madeline Valdez) as a witness! How cute is that?!

Watch the CBS daytime drama “The Bold and The Beautiful” to see Henry as Douglas Forrester, and check Celebrity Baby Laundry frequently for the latest news, updates and developments!