The Bold and The Beautiful Spoilers: How Ashley Jones Is Keeping Her Son Hayden Healthy 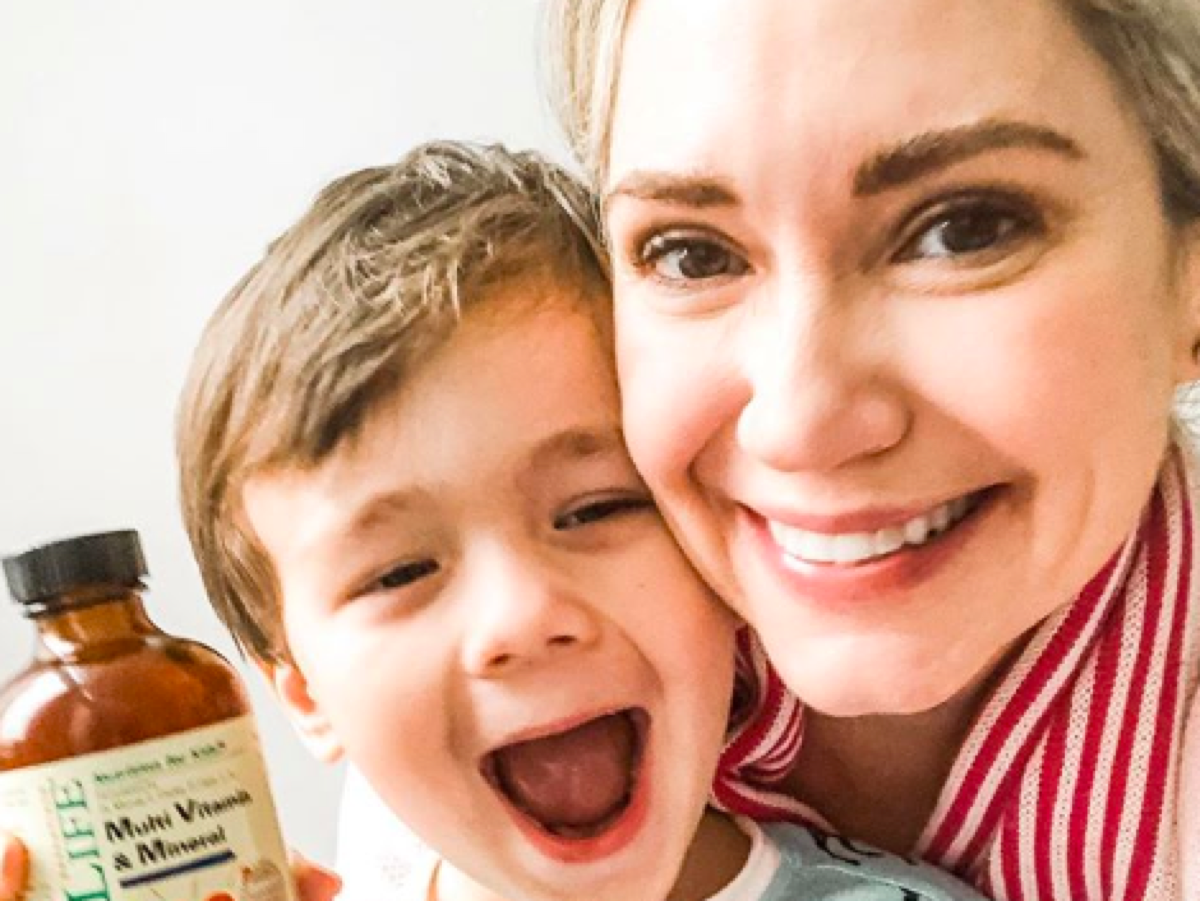 The Bold and The Beautiful spoilers teases that actress Ashley Jones has a favorite vitamin tonic she is keeping her little son, Hayden healthy with, and with all the bad stuff going around recently she reached out to her fans on Instagram to share her “special sauce” with them!

Ashley posted a sweet picture of herself holding a smiling Hayden and a bottle of the herbal supplement she uses, called “Child Life Essentials.” She commented, “We are SENDING LOVE + HUGS + a discount code! My secret sauce right now to keep Hayden as healthy as possible is @ChildLifeEssentials. Tastes so good he ASKS me for it!! Funny how some things never change… wash your hands, take vitamin C, drink water, and rest. ORDER #ChildLife from iHerb.com at 10% off using code ASHLEYJONES.

They are STOCKED RIGHT NOW… lots of immunity boosting products and can delivery within days with low to zero cost shipping fees—-plus quicker than other places I’ve seen. Swipe up in stories!! LOVE Y’all!!”

Of course it sounds like both an ad and an endorsement for the supplement, but she mentions the ways to stay safe and healthy with viruses and flu going around, namely, washing your hands, drinking water, resting, and vitamin c couldn’t hurt, along with not touching your face or going anywhere real “peopley” for a while! Her son Hayden Joel Henriks is three years old. Ashley also has an older son named Huck.

Ashley Jones is also known as Ashley Aubra Jones or Ashley Aubra, and she is probably best known for her roles as Parker Forsyth on the ABC soap “General Hospital”, Dr. Bridget Forrester on the CBS soap “The Bold and The Beautiful” and Megan Dennison on “The Young and The Restless”, also on CBS.

She also has acted in television movies such as “You Killed My Mother”, “Homekilling Queen”, and the UP TV made for tv movie “12 Days Of Giving” as well as some primetime television series such as “Major Crimes”, “9-1-1”,” NCIS”, “NCIS Los Angeles”, “CSI: Cyber”, “CSI”, “CSI:NY”, “Private Practice”, ”House”, “The Mentalist”, and many others, and has also done some production work, namely TV movies “The Secret Sex Life of a Single Mom “, “A Sister’s Revenge”, “Secrets From Her Past”, and “Dead At 17” as executive producer as well as acting in the movies! A very talented lady indeed!

She will be reprising her role as Dr. Bridget Forrester on the CBS daytime drama “The Bold and The Beautiful” in the next couple of weeks. Ashley Jones was born on September 3, 1976 in Memphis, Tennessee, as Ashley Aubra Jones. She was raised in Houston, Texas., and attended Lamar High School in Houston, alma mater of fellow actors Jaclyn Smith, Robert Foxworth, and Tommy Tune. She also attended the Houston High School for Performing Arts and Pepperdine University.

Watch for Ashley’s return as Dr. Bridget Forrester on the CBS daytime drama “The Bold and The Beautiful”, and check Celebrity Baby Laundry frequently for all the latest news, updates, and developments!