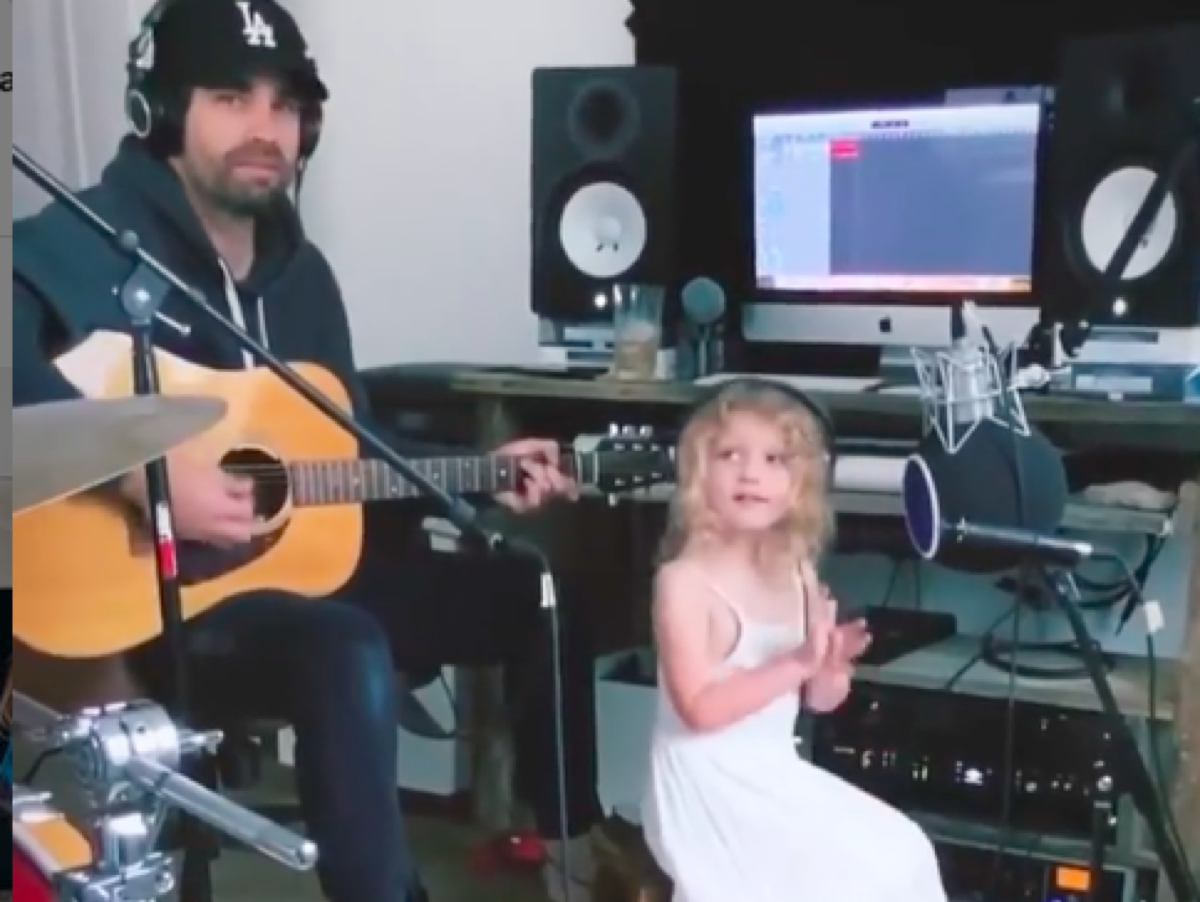 The Young and The Restless spoilers tease that Melissa Ordway’s daughter Olivia can sing her favorite song from “Zootopia” and she posted a video on Instagram recently showing her singing – well, a word or two – with her daddy Justin Gaston accompanying on guitar.

The Video Appears To Be Taken In A Home Recording Studio

The video appears to be taken in a home recording studio, which would not be surprising considering Justin is a singer-songwriter. Bashful little Olivia only gets a couple of words out, but she’s keeping right up with the beat that her daddy is playing on the guitar! Melissa commented, “Olivia and @jmichaelgaston singing her favorite song from Zootopia.

It details the unlikely partnership between a rabbit police officer and a red fox con artist, as they uncover a criminal conspiracy involving the disappearance of predators. It sort of sounds like an animal version of a typical current storyline scene on the CBS daytime drama that Melissa works for, “The Young and The Restless”, with Abby Newman (Melissa) working with Chance Chancellor (Donny Boaz) against the red fox who naturally would have to be Phyllis Summers (Michelle Stafford) and the disappearing predators being only one, which apparently Chance and Adam Newman (Mark Grossman) made disappear in Las Vegas! However, that is probably just a coincidence!

Olivia and @jmichaelgaston singing her favorite song from Zootopia. Just one way to entertain and keep a smile on our faces.

Melissa and Justin have two daughters; Olivia Christine, their first child, who they adopted shortly after her birth on April 30, 2016 and Sophie Jolie, who Ordway gave birth to a little earlier than expected, was born on Dec. 9, 2017. Melissa, who is an actor, is probably best known recently for her appearances as Abby Newman on the CBS daytime drama, “The Young and The Restless” starting in 2013.

She also played Sydney Price in the reboot of “90210” in 2013, Chloe Carter / Cynthia Kowalski in “Hollywood Heights” in 2012, Morgan McKellan in the reboot of “Melrose Place” in 2010, Jordanna in “Privileged” from 2008-2009 as well as guest shots in many other primetime television shows and a few made for television movies.

Justin, who is also an actor in addition to being a singer and songwriter, as well as a model, portrayed the role of Ben Rogers on Days of Our Lives for less than four months in 2014. He also appeared on the magazine cover of Tetu in 2013. He also also appeared in several other movies and television shows including Deadly Sibling Rivalry, Escapee, Game Change, Ice Scream, The Concerto, Hollywood Miles, The Unauthorized Full House Story, Until We Meet Again, Beautifully Flawed, and Night Into Day.

You can see Melissa regularly on “The Young and The Restless” and watch your TV guide for movies and tv shows he has played in, and check Celebrity Baby Laundry frequently for all the latest news, updates and developments!

The Bold and The Beautiful Spoilers: How Ashley Jones Is Keeping Her Son Hayden Healthy