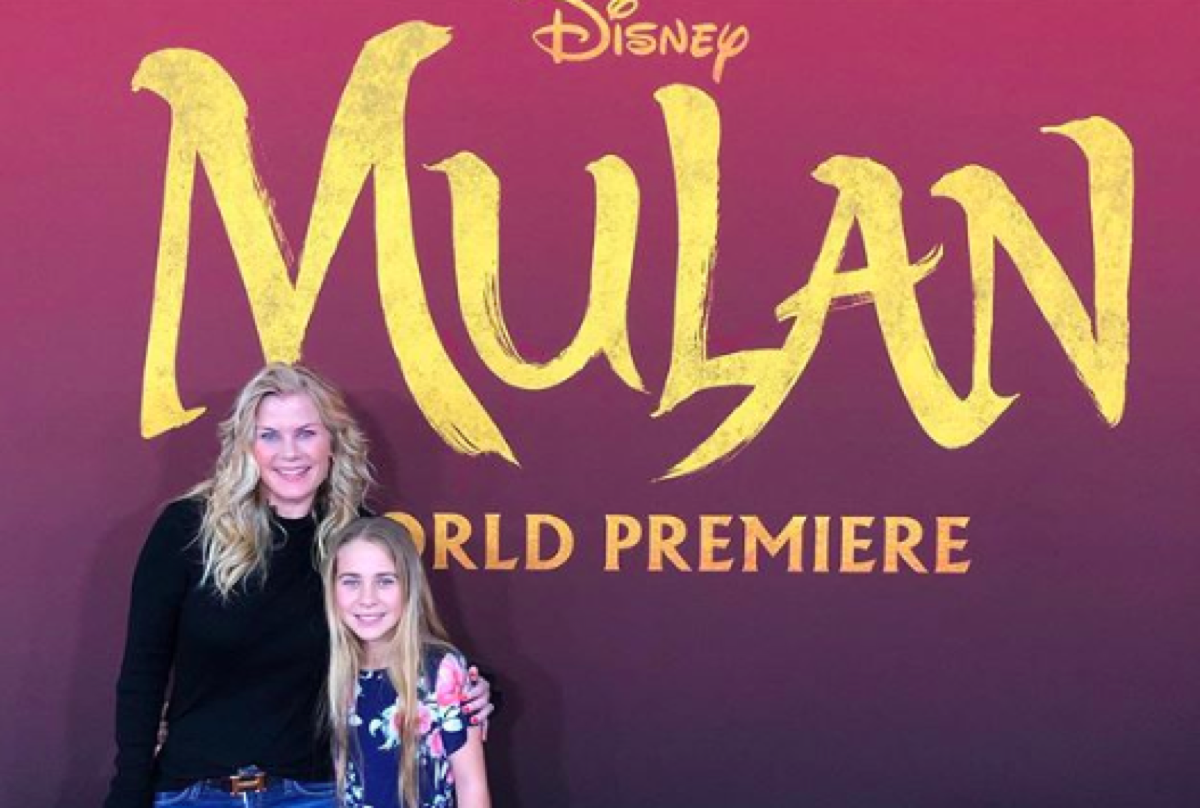 Days Of Our Lives spoilers teases that actress Alison Sweeney recently had a mother-daughter movie date with her 11 year old daughter Megan, and posted about it in Instagram.

Mother And Daughter Went To See The World Premiere Of “Mulan”

Alison and Megan went to see the world premiere of “Mulan” a remake of a Disney animated movie from the 1990s, and this one is a live-action version, about a young Chinese maiden who disguises herself as a male warrior in order to save her father. Alison posted, “Megan and I had such a fantastic time at the premiere of @mulan last night. It’s such a beautiful story, and spectacularly told by @nikicaro and the very talented cast.

Megan & I were gripping each other’s arms through so thrilling scenes. We loved it!” Alison Sweeney and her husband David Sanov have been married for twenty years and have two children, Megan and Benjamin. Benjamin was born in 2005 and Megan in 2009. However, this night was just for the females of the family! Many mothers and their daughters have mother-daughter(s) date nights as part of their family activites, and many fathers have father-son nights where the males bond and do guy things together as well.

And that is not a bad thing – that allows the females to enjoy doing things together that the males don’t, and vice-versa. Then they have whole family activities as well. Alison also recently had an episode on her Instagram series, “Ali Eats” where Benjamin cooked supper! A month ago “Ali Eats” featured Megan making tacos. Alison obviously feels like teaching her children to cook is also a fun, bonding, family activity!

Many television viewers will know Alison, or “Ali” as she goes by for short, from Hallmark Movies and Mysteries Channel where she has had two successful movie series, “Murder She Baked” where she plays Hannah Swensen, an owner of a bakery in a small town in Minnesota, called Eden Lake. Hannah has a penchant for finding herself involved in solving murder mysteries, usually quicker than her sometimes detective boyfriend Mike Kingston, played by Cameron Mathison.

The Beauty And The Beast Prequel Series Is In Production At Disney+ https://t.co/ZqIpBkcheQ

Check the Hallmark Movies and Mysteries channel to see Alison’s movies, and check Celebrity Baby Laundry frequently for all the latest news, updates and developments!