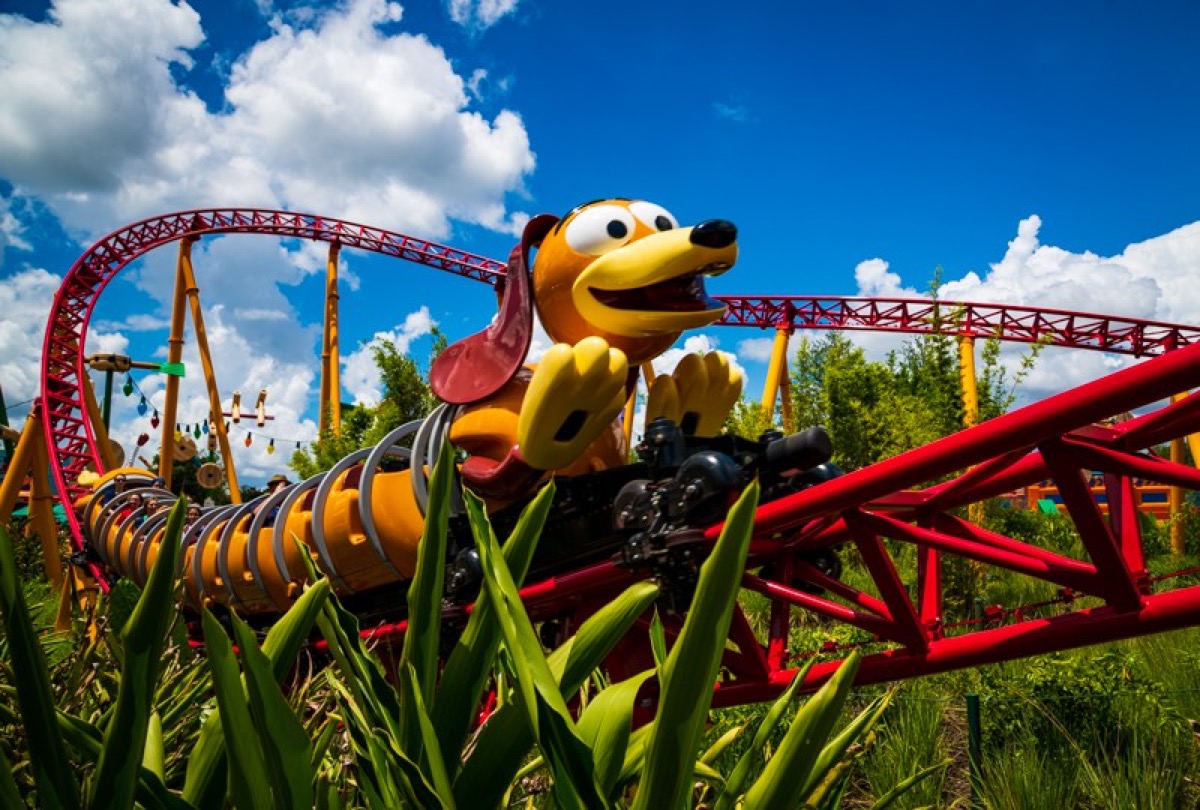 Walt Disney World’s Hollywood Studios was the most “sleepiest” theme park that was desperately in need of an update. The theme park just became popular in recent years thanks to new additions. Walt Disney was right when he said: “Disneyland will never be completed. It will continue to grow as long as there is imagination left in this world.” The same can be said for his Disney Parks in the United States.

Both Disneyland and Walt Disney World have been through their share of “change, innovation, and transformation,” as noted by The Points Guy. All four of Walt Disney World’s theme parks are undergoing major changes as WDW gets ready for its 50th anniversary in 2021. Epcot is getting the biggest transformation yet. But one theme park has updated quicker than the other three: Disney’s Hollywood Studios.

Originally called Disney-MGM Studios, the theme park first opened in 1989. Not only did the park completely change its identity, but it transitioned into one of the most popular Disney theme parks of all time. Disney was able to transform this sleep theme park in just two years’ time. In the late 1980s, Disney was interested in opening a movie-set style theme park, similar to Universal Studios Orlando. Disney-MGM was a smaller theme park that is now home to Rock ‘n’ Roller Coaster and Tower of Terror. It also featured behind-the-scenes attractions such as the Great Movie Ride, Indiana Jones stunt show, and the Studio Backlot Tour.

Two of those attractions are long gone. The theme park rebranded itself to Disney’s Hollywood Studios after it ended its partnership with MGM. The park began to focus on immersing guests in popular shows and movies. Still, most of its attractions weren’t enough to keep theme park guests busy for an entire day. Hollywood Studios had the lowest attendance outside of the four Walt Disney World theme parks and was on a steady decline for years.

Then came the resistance. The biggest theme park expansion was Star Wars: Galaxy’s Edge, which debuted in 2019. Disney wanted to immerse Star Wars fans into a planet far, far away called Batuu. It’s like a theme park situated inside a theme park. Inside the land is two new rides – Millennium Falcon: Smugglers Run and Star Wars: Rise of the Resistance. Galaxy’s Edge has become an immersive experience that’s somewhat similar to the Wizarding World of Harry Potter at Universal Studios Orlando.

Just last week, Disney opened a new attraction at Hollywood Studios. It’s located inside the iconic Chinese Theater that was once home to The Great movie Ride. The new attraction is called Mickey and Minnie’s Runaway Railway. While it’s not an entire land like Star Wars or Toy Story, it’s a fun combination of modern styles and ride technology that features classic Disney characters. There are plenty of twists and turns at every corner, similar to Rise of the Resistance, but it’s fun for all ages.

It’s not just the rides that makes Disney’s Hollywood Studios so hot. The Disney Skyliner makes it easy for theme park guests to get to and from Hollywood Studios, Epcot, and neighboring resorts, including the new Riviera Resort. In less than two years, Disney has transformed Hollywood Studios into something fresh, exciting, and different. Five new attractions have opened during that time span.