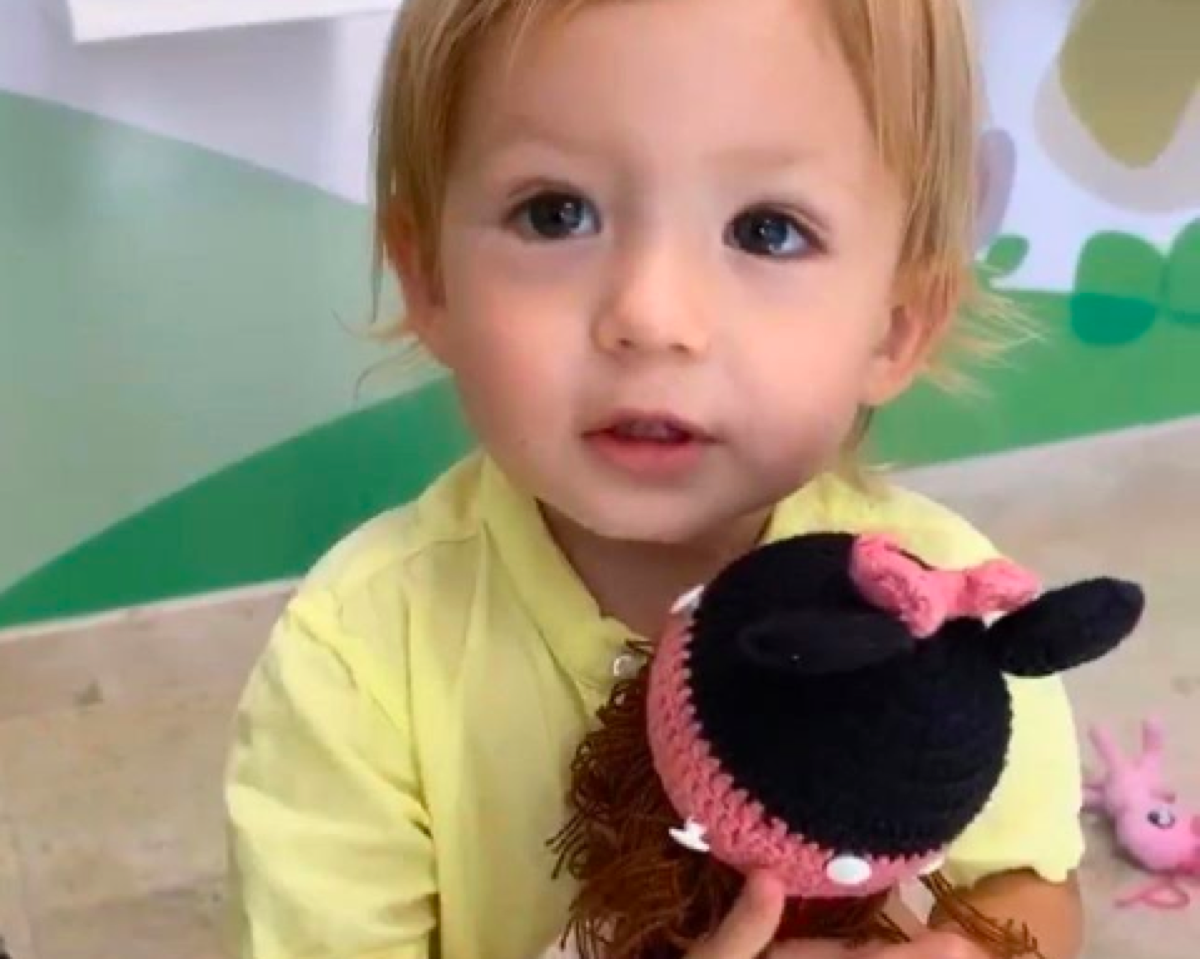 Days Of Our Lives spoilers teases that Mary Beth Evans’ grandson Henry is so excited about his new baby sister, he practices “sister soothing techniques” on a doll! He can’t wait for her to be born! An adorable photo is on Mary Beth’s Instagram.

DOOL Spoilers: Little Henry Has A Brand New Cousin Too

Henry’s cousin, Michael Luca, was just born recently to his aunt Katie and uncle Cory, and Mary Beth and her husband also have another grandbaby on the way, via their son Daniel and his wife, Sharon, who are Henry’s parents. Mary Beth commented on the photo, “#HH practicing his little sister soothing techniques. #gentlesoul”.

Both Katie’s and Sharon’s pregnancies were announced right about the same time, so Henry’s baby sister should be coming pretty soon. It looks like he has some adoring relative who knows how to crochet, as the doll looks like it was hand-crocheted! Henry was born in 2018 so he will be two this year. If you look far enough in her Instagram page, you’ll see quite a few photos of Henry as a baby all the way up to the current day. Mary Beth and her husband have one other grown son, Matthew who is still single as of this writing.

Days Of Our Lives Spoilers: It’s Easy To See Mary Beth’s Grandma Love When You See All The Photos

It’s easy to see Mary Beth’s grandma love when you see all the photos of not only Henry through the last couple of years, but her new grandbaby, Luca Michael. There is a couple of adorable photos of her looking down at him and you can tell she is absolutely in love!

Henry’s parents, Mary Beth’s son Daniel and his wife Sharon, must have decided they wanted to know the sex of the new baby and know she is a girl through their ultrasound photos, and some grandmas even post those types of photos on their social media, along with mothers-to-be.

DOOL Spoilers: More About The Actress

Mary Beth has appeared on Days of Our Lives as Kayla Brady since 1982 with a few gaps, and also appeared as Katherine Bell on General Hospital from 1993-1999. She has hosted a mini-cooking show on the DOOL (Days of Our Lives) app called ““M.B.’s Kitchen” for several months, and she is an avid cook! In 2005 Mary Beth became an entrepreneur and started Mary Beth’s Apple Pie Company using her modified version of an old family recipe.

Watch NBC’s daytime drama “Days of Our Lives” to see Mary Beth play Kayla Brady, and check out Celebrity Baby Laundry frequently for all the latest news, updates and developments!