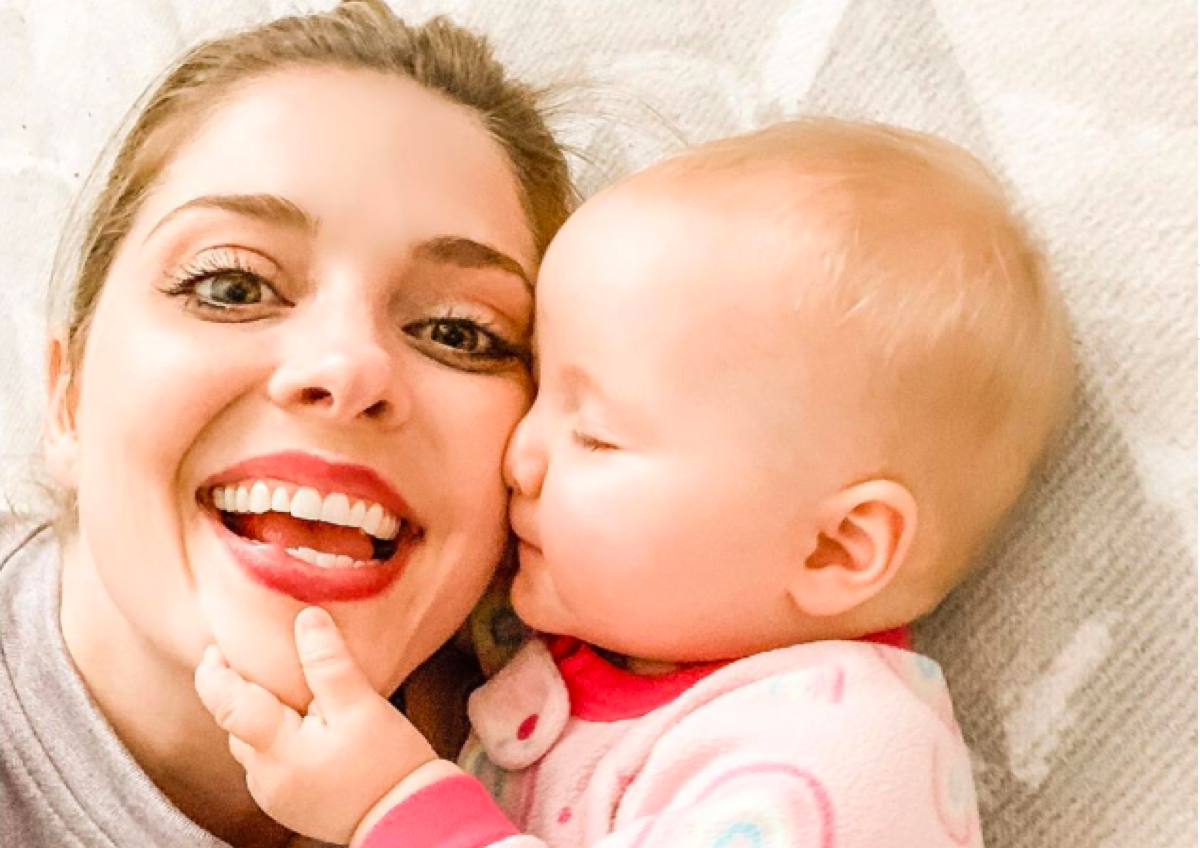 Days Of Our Lives spoilers teases that actress Jen Lilley posted an adorable nine photo album on Facebook, with herself and her daughter Julie in closeups!

Jen and baby Julie Evangeline Wayne make similar faces in several photos and it’s absolutely adorable! She comments, “She spits up on me sometimes, but she’s worth it. #momlife #7monthsold #minime.”

Julie is the natural child of her mother Jen and her father Jason Wayne, who also have two older brothers that are in the process of being adopted after they were foster parents to them. They adopted Kayden on June 19, 2019 and are in the process of adopting his brother, who for now they are calling “Baby J.”

The daughter of Vince Lilley, a judge, and Ellen Lilley, a director of marketing/event planner, Jen Lilley was born on August 4, 1984 in Roanoke, Virginia. She had wanted to become a singer since childhood and, in 2001, she garnered the National Educators award in Guatemala by giving multiple concerts for underprivileged Guatemalan youth. In the late summer of 2007, she moved to Los Angeles to pursue acting.

She spits up on me sometimes, but she’s worth it. #momlife #7monthsold #minime

Lilley devotes her spare time to charities focusing on children, homelessness, and the world water crisis. She married Jason Wayne May 26, 2007. She is a celebrity ambassador for ChildHelp, who she and her husband Jason foster care children through. In 2011, Lilley had a supporting role in director Michel Hazanavicius’s silent movie The Artist, and she also appeared as Monie in the iCarly TV movie, “iParty with Victorious”. In the fall of 2011, Lilley temporarily took over the role of Maxie Jones, as a temporary recast for Kirsten Storms on General Hospital while she was on medical leave for endometriosis.

Lilley Devotes Her Spare Time To Charities Focusing On Children, Homelessness, And The World Water Crisis

However, she reprised her portrayal as Theresa in May–July 2018. In November 2016, Lilley appeared in a film for the Hallmark Channel titled A Dash of Love, and more recently in a Hallmark movie called “Yes I Do” where she played a busy chocolatier, Charlotte Bennett (Jen Lilley) who had abandoned James Cooper (Marcus Rosner) who is a mechanic, twice. Then she found herself having to prove to him that she really does love and want to marry him. Complications arose, however, when James’ ex-girlfriend, Nicole Sweeney (Jessica Lowndes) arrived and decided she wanted him back!

Keep an eye on the Hallmark Channel for Jen’s movies, and check Celebrity Baby Laundry frequently for all the latest news, updates and developments!