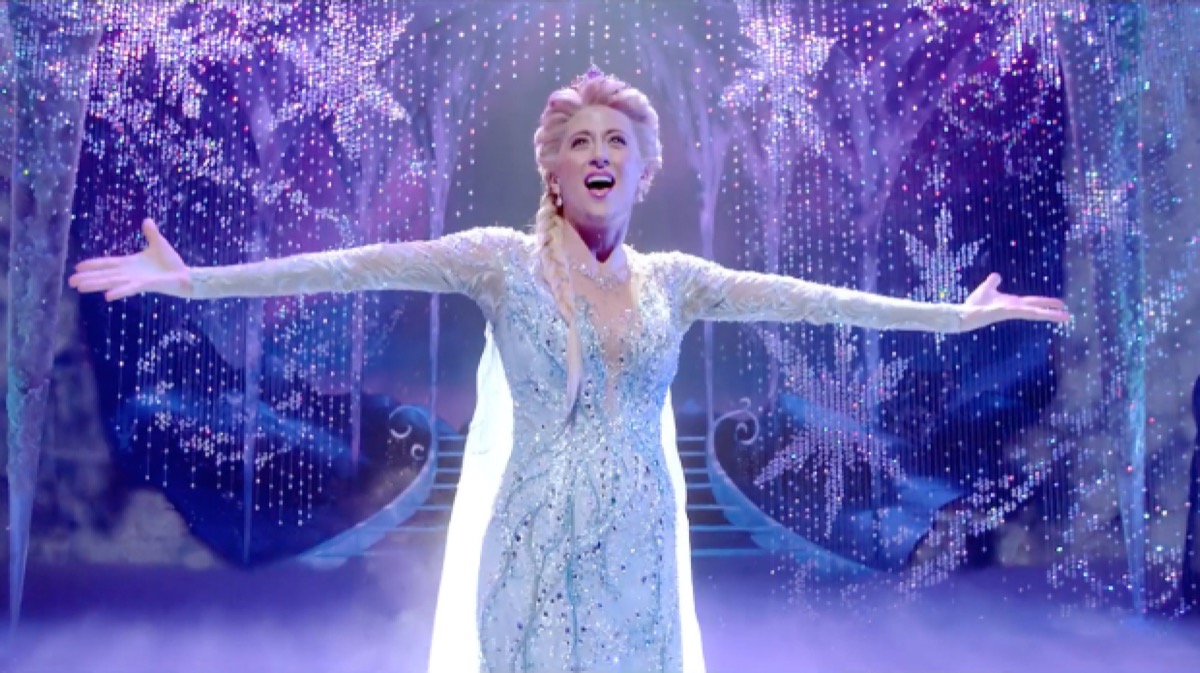 Frozen and other Disney Broadway shows are in the dark. As of Thursday, March 12, the Great White Way will be shut down for a month. The shutdown includes Aladdin, Frozen on Broadway, and The Lion King, which is Disney’s longest-running Broadway production ever.

Governor Andrew Cuomo asked for venues and production companies to shut down due to coronavirus concerns. The increasing public health concerns have led to closures around the world and even caused state Governors to cancel events and limit public gatherings.

Frozen And Other Disney Broadway Shows Are In The Dark.

Earlier this week, the New York Governor announced during a press conference that no gatherings of over 500 people will be allowed except for hospitals, nursing homes, mass transit usage, and schools. The limiting ban started on Friday, March 13 at 5:00 p.m. ET and is in affect until further notice.

As per Inside the Magic, the President of the Broadway League, Charlotte St. Martin, released a statement about the closures: “Our top priority has been and will continue to be the health and well-being of Broadway theatergoers and the thousands of people who work in the theatre industry every day, including actors, musicians, stagehands, ushers, and many other dedicated professionals.

Broadway has the power to inspire, enrich and entertain, and together we are committed to making that vital spirit a reality. Once our stages are lit again, we will welcome fans back with open arms so that they can continue to experience the joy, heart, and goodwill that our shows so passionately express every night.”

The Walt Disney Company Announced That Frozen 2 Will Be Available On Its New Streaming Service On Sunday, March 15

But there is some good news for Disney fans. The Walt Disney Company announced that Frozen 2 will be available on its new streaming service on Sunday, March 15 to keep kids and families entertained as they hunker down during the coronavirus pandemic.

The Walt Disney Company made the shocking announcement on Friday, March 13, which turned into a day of luck. The company made the decision to bring families together and to promote “some fun and joy during this challenging period.”

Frozen 2 Will Be Released Internationally To Australia, Canada, New Zealand, And The Netherlands On Wednesday, March 18

“Frozen 2 has captivated audiences around the world through its powerful themes of perseverance and the importance of family, messages that are incredibly relevant during this time, and we are pleased to be able to share this heartwarming story early with our Disney+ subscribers to enjoy at home on any device,” Disney’s Chief Executive Officer Bob Chapek said in a statement, as per Fox News.

Frozen 2 will be available for streaming on Disney+ for subscribers in the United States. The movie will then be released internationally to Australia, Canada, New Zealand, and the Netherlands on Wednesday, March 18. This announcement comes as Disney has halted production on its upcoming live-action films and television shows.

Did you book tickets to a Disney on Broadway show? What are your thoughts on Frozen 2 being released to Disney+? Sound off below in the comments section.