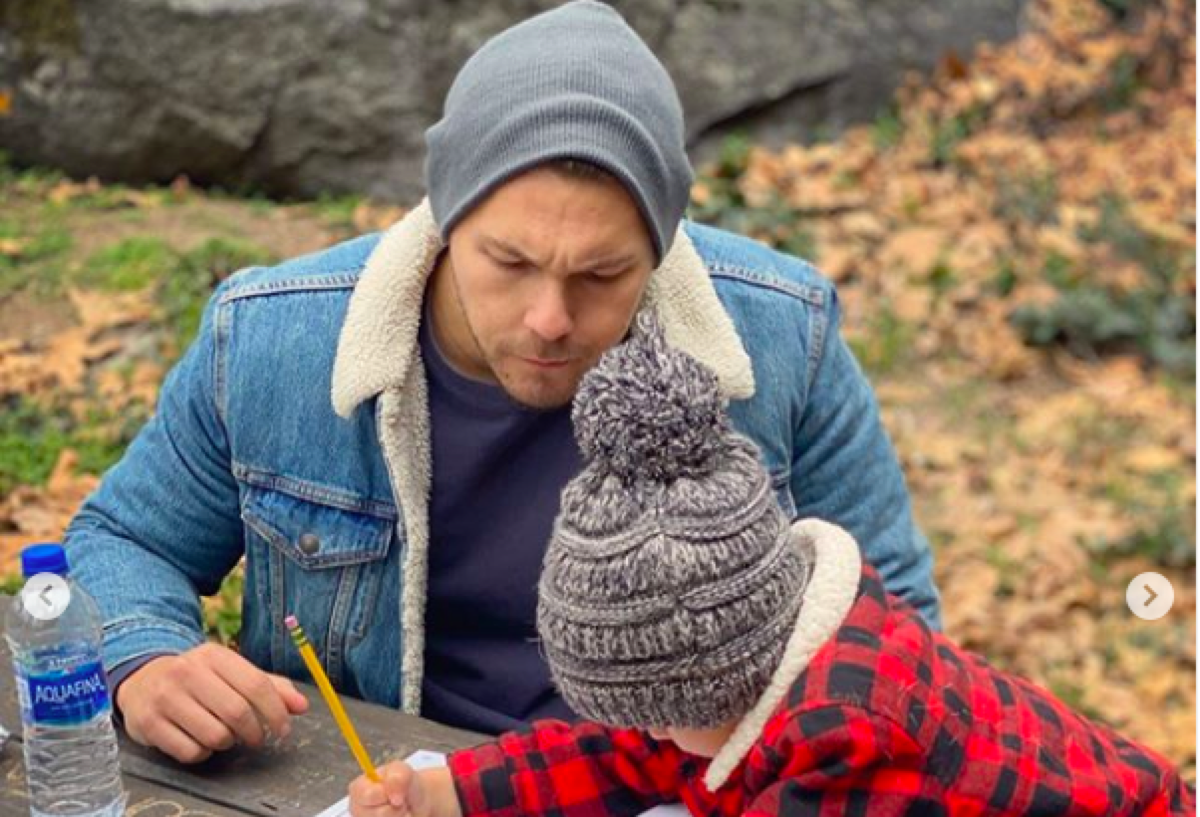 The Bold and The Beautiful spoilers teases that actor Scott Clifton decided to take his little boy Ford to a place that he enjoyed as a child – his grandpa’s cabin, Ford’s grandpa, that is! He recently posted a photo on Instagram.

Ford is dressed for the life in the woods in a plaid jacket, with red and black checks, jeans, and stands on a stump of what used to be a very large tree in its day. Scott commented, “Road trip with the boy up to Grandpa’s (my dad’s) cabin.” He doesn’t say if it’s a family trip or just father and son, but the picture was taken near Pine Flat, California. Scott and his wife, Nicole are known animal lovers, with three cats named Walter, Billy and Amy.

Billy is a recent addition to the furbaby family, having been given to the family by fellow actor, Don Diamont, and named after his character on “The Bold and The Beautiful”, Dollar Bill Spencer who is the father to Scott’s character, Liam Spencer. We wonder if Ford will see any wild kitties near his grandpa’s cabin? Those kitties would be a lot bigger and wouldn’t be a good idea to try to pet!

More About The Cliftons

Road trip with the boy up to Grandpa’s (my dad’s) cabin.

Scott was born on Halloween . He was born and raised in the greater Los Angeles area, and gained interest in acting at a very young age: he was just 9 years old when his mother gave him a copy of Shakespeare’s “Hamlet” and introduced him to a friend who was an actor. At age 16, Clifton appeared in commercials and scored his first professional acting jobs. Later, he guest starred on such TV shows as “Roswell” and “Judging Amy” and landed parts in some rather lackluster movies, but his big break came when he landed the role of Dillon on General Hospital!

Nicole, known as Nikki and Scott were married on October 20, 2012. After Ford was born May 6, 2016, Scott is quoted as having said of his wife, “I love how much she loves our baby, I love how hard she works, and how smart she is, and those are things that are only sharpened by motherhood. Those are the things that I valued in her before, but now I appreciate it that much more.” What a guy!

Check out “The Bold and The Beautiful” to see Scott as Liam Spencer, and keep checking Celebrity Baby Laundry frequently for all the latest news, updates and developments!