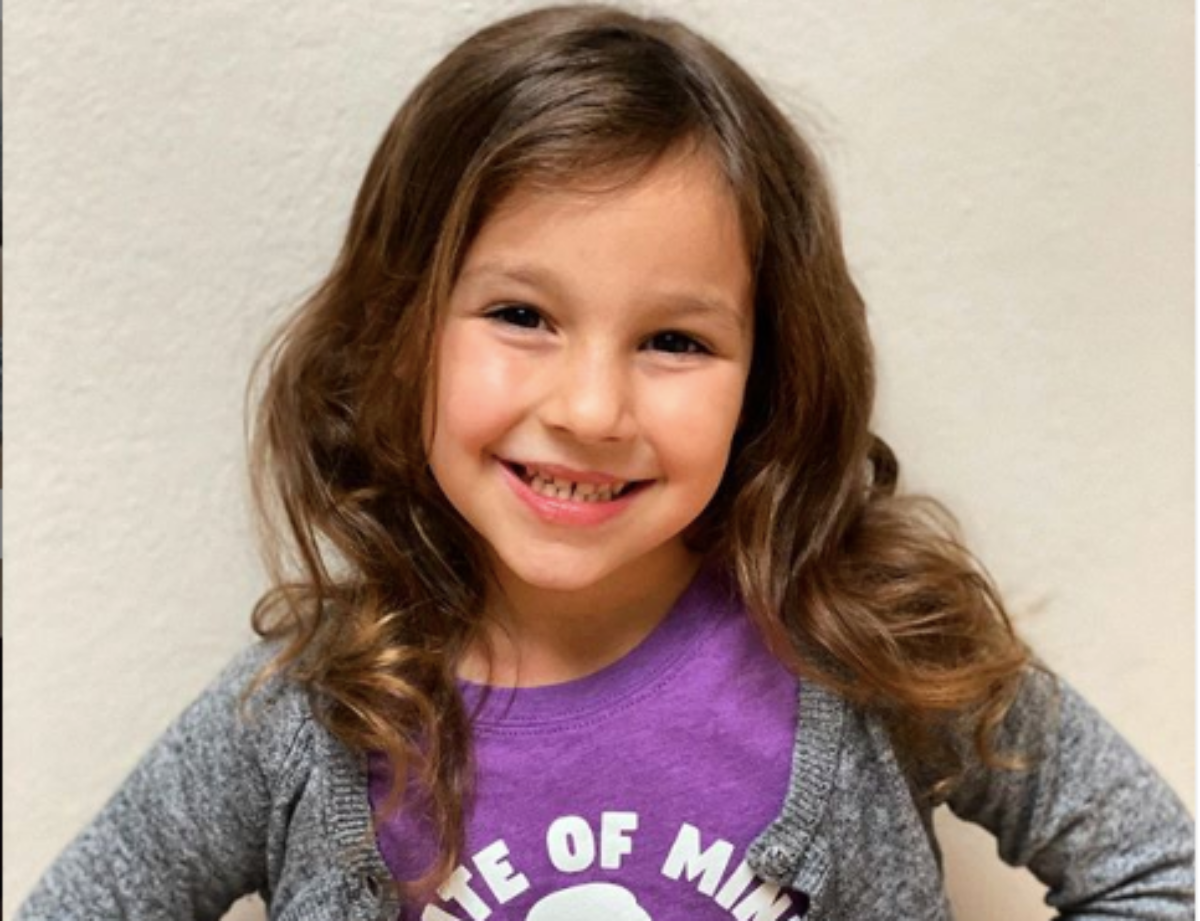 General Hospital spoilers teases that Ava and Grace Scarola are keeping a brave face in these times of trouble, and took a photo in a very special t shirt and posted it on Instagram recently.

Ava and Grace are five year old twins who play Avery Jerome-Corinthos on the ABC daytime drama “General Hospital,” and their television parents are Ava Jerome Cassadine, played by actress Maura West, and Sonny Corinthos, played by actor Maurice Benard. You will notice his name under the logo on the t shirt – which says “State of Mind.”

That is the name of the organization Maurice founded to help people like himself, who suffer from anxiety disorders. He himself suffers from bipolar disorder and because he was so vocal about his illness, Sonny Corinthos also suffers from it on the show.

The organization’s mission statement reads as follows: “State of Mind to me means being 100% present, feeling completely at peace inside of you, not letting your thoughts control your life and always looking for ways to be the best that you can be.”– Maurice Benard. Of course, we can’t be sure whether it is Ava or whether it is Grace wearing the t shirt, but the comments read: “Keeping a brave face during uncertain times. Thank you @mauricebenard for my @mbstateofmind shirt. #scarolatwins #stateofmind #mentalhealthawareness #nothinggeneralaboutit #staypositive #stayhealthy #weareinthistogether.” Maurice replied with a line of little hearts!

Ava and Grace have played Avery on “General Hospital” since December 1, 2014. In a drama-filled scene, Nina Reeves, then played by Michelle Stafford and more recently by Cynthia Watros, paralyzed Ava and forced her into labor by injecting her with a drug. Then, after she was born, Nina and her mother kidnapped her as revenge against Ava, since Ava had an affair with Nina’s husband, Silas Clay , played by Michael Easton twenty-six years earlier, resulting in Ava’s older daughter, Kiki Jerome, played by Hayley Erin.

Nina flees with the baby with the help of Franco Baldwin, played by Roger Howarth, who was an old lover of Ava’s but now close with Nina, and they relocated to Canada, where Franco made Nina realize that the baby is not her child with Silas. Nina then convinced Franco to raise the baby with her. Nina called them a “dysfunctional family”. After many suggestions, they name the baby Jaime, after Nina’s brother, James.

The dysfunctional family comes to an end when Detective Dante Falconeri, played by Dominic Zamprogna, Kiki, Ava, Silas, and Morgan Corinthos (Bryan Craig), Sonny’s younger son catch up with them. She is briefly returned to Ava before Dante arrests Ava for the murder of Connie Falconeri, played by Kelly Sullivan, leaving the baby with Kiki and Morgan. Since that time, Avery has lived both with Ava and with Sonny, and also with Michael Corinthos, played by Chad Duell.

Check out ABC’s General Hospital to see Ava and Grace, and check Celebrity Baby Laundry frequently for all the latest news, updates and developments.