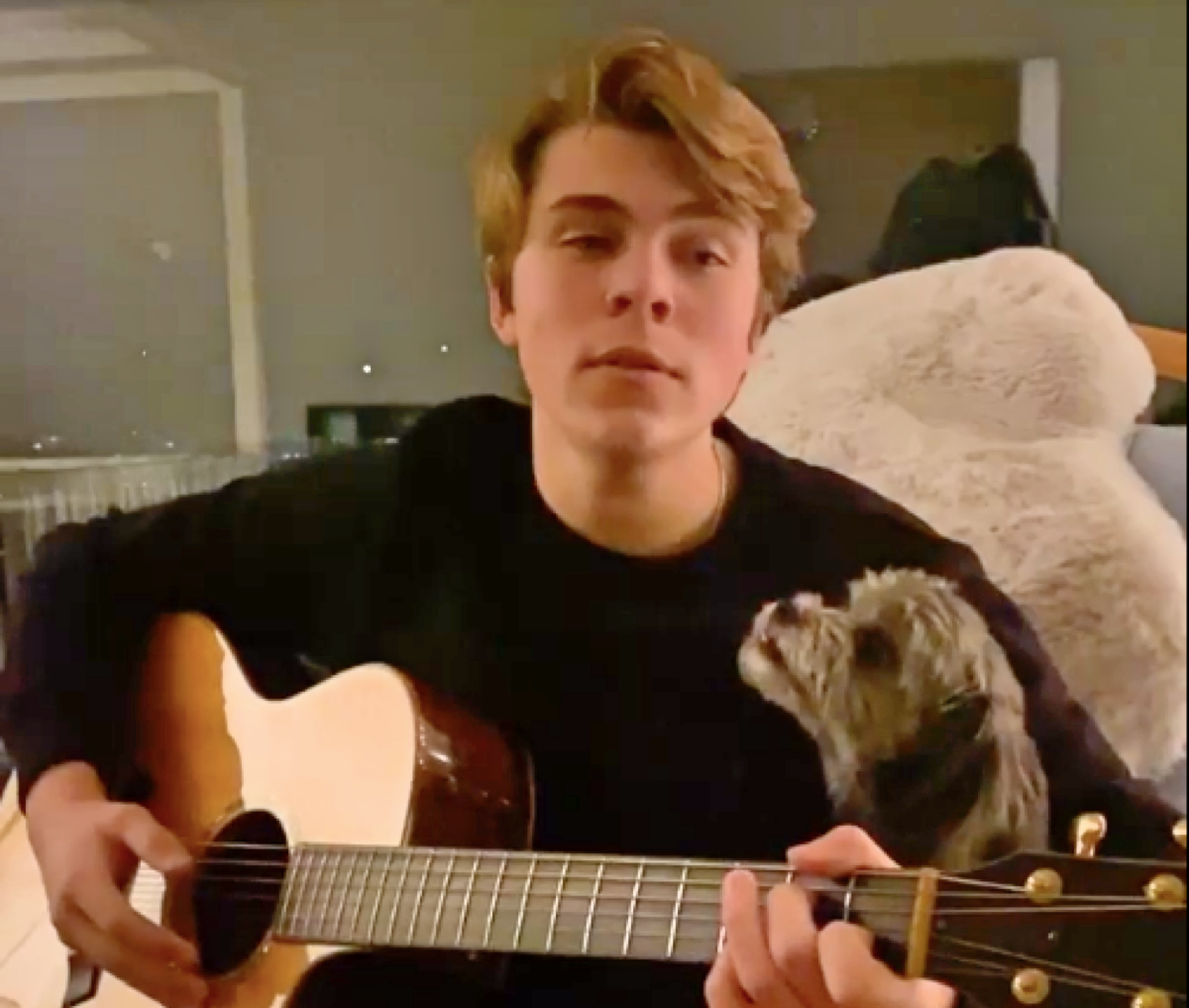 Celebrity Baby Laundry news announces that ‘General Hospital’’s Will Lipton has a New Year’s song for you!

‘General Hospital’ fans know that Cameron Webber, Will Lipton’s character on GH loves to sing, and with his television brothers Jake and Aiden Webber (Hudson West and Jason David, respectively) put quite the concert on at their television parents’ wedding reception! Will is an accomplished musician and singer in real life as well!

Will Lipton Posted His New Year’s Song On Instagram

Will posted his New Year’s song on his Instagram account where Celebrity Baby Laundry readers can listen to it on his instagram page or by clicking the link below. He plays an acoustic guitar and although the song is not one hundred percent original, it is a cover of the son “Mean It” and his little dog can be seen listening attentively.

Will also took part in ‘General Hospital’’s Facebook Live Christmas Concert recently, and did an outstanding job, impressing fans with his musical talents. He sang “The First Noel” solo and also sang “Joy To The World” in a trio with Wally Kurth, who plays Ned Quartermaine on ‘General Hospital’ and Justin Kiriakis on Days of Our Lives, and James Patrick Stuart, who plays Valentin Cassadine on ‘General Hospital’ and is the son of Chad Stuart, of Chad and Jeremy fame. Both Wally and James Patrick think Will did a super job and both encourage him to continue in his musical endeavors.

For those unfamiliar with the soap opera, ‘General Hospital’ produces an event that usually spans several episodes every year, called “The Nurses’ Ball” and most of the General Hospital cast performs in it as their characters.

The most recent Nurses’ Ball featured the Webber brothers as a trio, as well as Wally Kurth and James Patrick Stuart as Ned Quartermaine and Valentine Cassadine, respectively plus many other General Hospital characters showcasing their musical and dancing talents. Cameron’s television father, Roger Howarth sang a duet one year with Kathleen Gati; they play Franco Baldwin and Dr. Liesl Obrecht. Perhaps the next Nurses’ Ball might feature a quartet of Roger, Will, Hudson, and Jason as Franco, Cameron, Jake and Aiden!

A Short Bio Of Will Lipton

Born and raised in the San Francisco Bay Area, Will developed a taste for the stage at a very young age, landing his first play at the age of six. That lead to roles in various stage productions like ACT’s A Christmas Carol, Broadway By the Bay’s Les Miserables, and Tommy by OMG I Love That Show! Productions, as well as a role in James Franco’s film The Adventures of Thomasina Sawyer.

He started a band called WJM when he was just six years old. He performs vocals, bass and guitar for the group, which was featured on NBC’s variety show, Little Big Shots. WJM is a social impact band, with all earnings being donated to different organizations that are in the need of support. In addition to playing at many venues in the Bay Area, WJM has played at the United Nation in New York and at Idaho’s Rock the Falls music festival.

Check out Will Lipton on ABC’s ‘General Hospital’, and on Instagram via the link provided to hear his New Year’s song! Check out Celebrity Baby Laundry frequently for all the latest announcements!