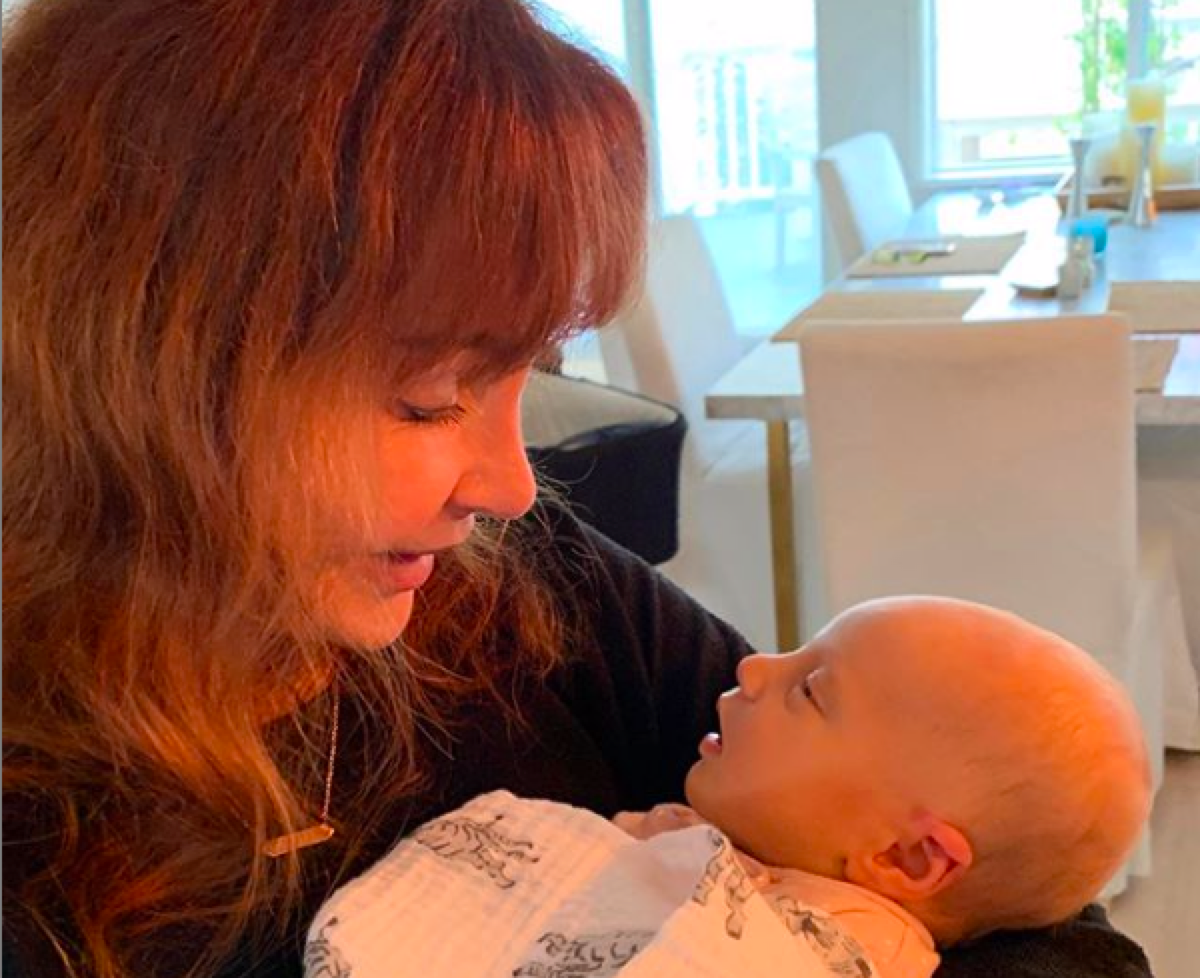 Her Instagram birth announcement read as follows: “Cassidy and Cutter’s beautiful little Girl was born on Friday 10 days early!Kennedy Elise MacLeod. Welcome to the world. We love you. You are the greatest gift. Truly a Christmas Blessing. We have so much to celebrate. Wishing Everyone love, joy, and many blessings.”

And former TV daughter Tamara Braun (ex-Carly; ex-Kim) declared: “Ahh! Congratulations, grandma! I’m so happy for you! Please give Cassidy my love and you always have mine! Mazel Tov!” Y&R’s Kate Linder (Esther) and GH’s Parry Shen (Brad) and Theo and Erik Olson (Wiley) were also among the well-wishers.

This is love. The most beautiful all encompassing exhilarating feeling. The greatest gift and most precious blessing. #grandmalove #familyiseverything #lifeisbeautiful

Baby Kennedy is now two weeks old and Grandma Jackie has posted another adorable photo, this time with her holding her swaddled in a baby blanket and gazing down at her with nothing but pure grandma love on her face! She posted, “This is love.

The most beautiful all encompassing exhilarating feeling. The greatest gift and most precious blessing. #grandmalove #familyiseverything #lifeisbeautiful” It is very plain for anyone to see that this is, indeed, love!

Jackie is best known for her role on General Hospital as Bobbie Spencer, younger sister of the immortal character Luke Spencer (Anthony Geary) whose television wedding to Laura Webber (Genie Francis) in 1981 garnered thirty million viewers, at the time a world record!

It also marked the debut of one of the most infamous soap opera villains of all time, the evil Helena Cassadine, which was written especially for the late Elizabeth Taylor, who inaugurated the character and who was a GH fan herself! Jackie also played a character on the defunct ABC soap opera One Life To Live, named Lana McClain.

You can see Jacklyn Zeman as Bobbie on ABC’s General Hospital, and keep checking Celebrity Baby Laundry for the latest news, updates and developments!