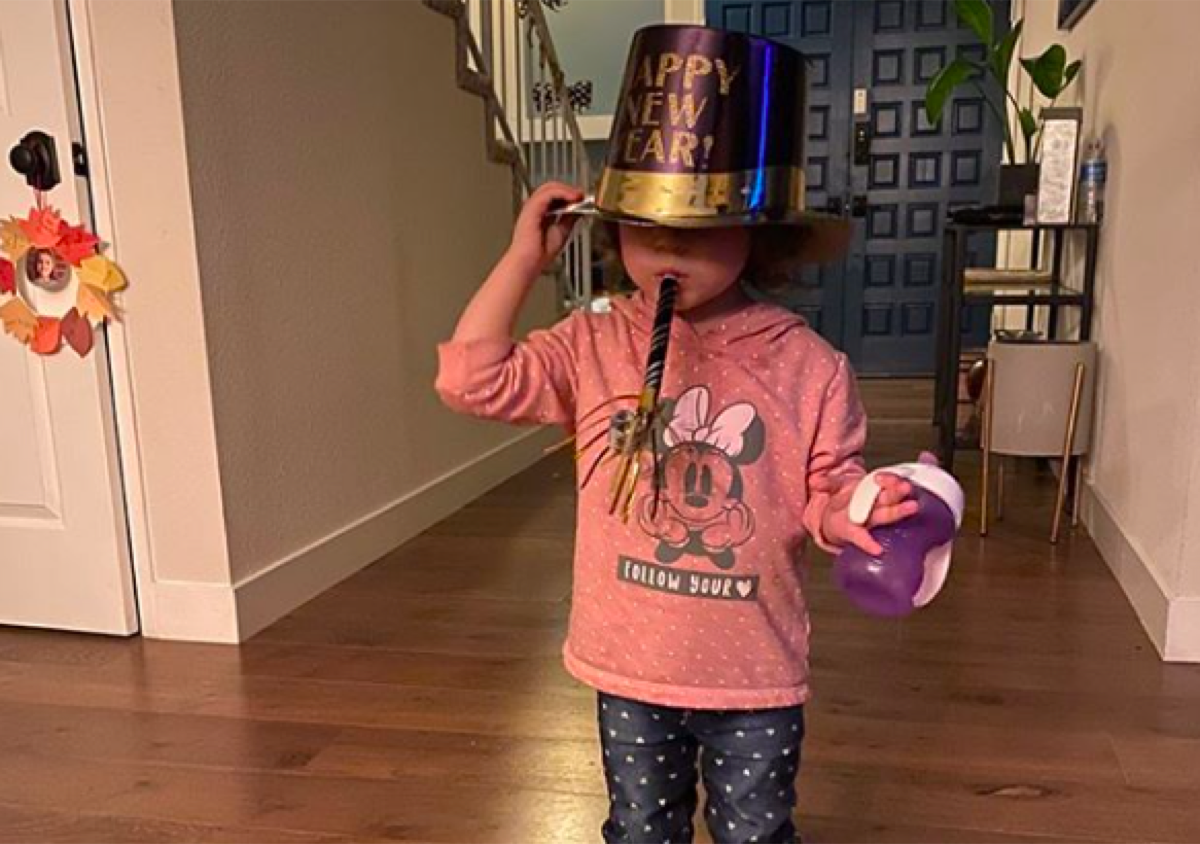 GH Spoilers: Emme Rylan And Her Husband Don Money Have Two Boys And A Girl

Emme and her husband Don Money have two boys and a girl, with Dakota being the baby of the family. In the Instagram photo she stands in her home with a party hat a little too big, covering her eyes that says “Happy New Year”, a party noisemaker in her mouth and a sippy cup in her hand! She wears a pink top with Minnie Mouse on it and polkadot black leggings and tennis shoes!

General Hospital Spoilers: Emme’s Pregnancy With Dakota Presented A Bit Of A Problem For Her Character Lulu Spencer

Emme worked right up until a couple of days before Dakota was born, but it presented a bit of a problem for her character Lulu Spencer, at that time Lulu Falconeri, because the character could not conceive and in vitro fertilization and surrogates were used in the storyline. In the 1960s, pregnant actresses were frequently featured in only headshots or hidden by large plants or large purses when they started to show, even though having a baby is the most natural thing in the world.

GH Spoilers: Before She Joined General Hospital, She Went By Marcy Rylan

Before she joined General Hospital, she went by Marcy Rylan and played Abby Newman on the CBS soap, “The Young and The Restless.” She has been with her husband, Don Money for over ten years and are the parents of Jackson Robert Money, born on October 22, 2009, Levi Thomas Money, born on November 3, 2011 and of course, Dakota Rose, born June 26, 2016.

Emme also has an Etsy shop that she sells jewelry and other items that she makes through, and she is besties with Kirsten Storms, who plays Maxie Jones on General Hospital, where their characters are also besties!

Harper Rose Barash, Kirsten’s daughter often plays with Dakota, and the two young actresses even made up one of their dressing rooms at the General Hospital studio to make crafts in when they are not filming scenes. They both crochet and knit as well as Emme’s jewelry making.

You can see Emme Rylan as Lulu on ABC’s General Hospital, and keep checking Celebrity Baby Laundry for the latest news, updates and developments!

General Hospital Spoilers: Ashley Jones Poses In Her New Shapermint Gear With Her Little One!