General Hospital Spoilers: Ashley Jones Poses In Her New Shapermint Gear With Her Little One! 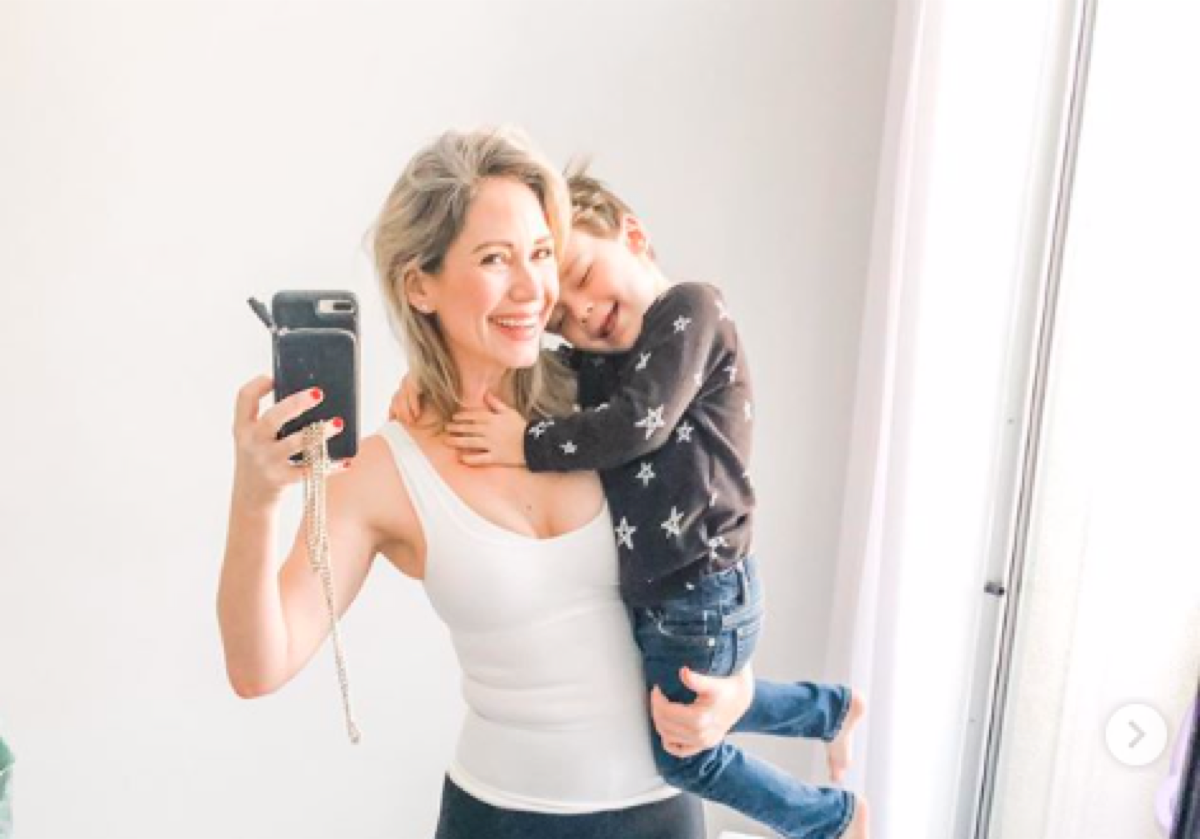 Hayden Joel Henriks is three years old, and mommy Ashley posted the following note on Instagram with a photo of herself and the little scene stealer: “I’m trying to take a photo to show y’all how great and sassy my new shapewear pieces from @shapermint are, but this kid keeps popping in the picture!

Then I realized, wait—he should be in the photo!! One of the reasons I even wear Shapermint is because of him😉My body changed carrying and growing this precious child. (He loves to touch my tummy and tell me he “grew up” in there. ha!) And I may or may not have indulged a little too much in holiday baking, but no one has to know that.

Truly, this shapewear tucks it all up in there- “holding me in.” You know what I mean? I don’t know a better way to say it other than that. We all know there are no shortcuts in life, but this comes pretty darn close when I want a flat tummy. Not because I think I need it, somedays I just WANT it… who feels the same way?? We all deserve to feel like superwomen when we want. (I’m wearing the #commando control leggings, @empetua medium tank cami and shaper bra!” Yes, she sounds like a walking, talking advertisement for the Shapermint brand, but she obviously really likes it!

Ashley Aubra Jones probably best known for her roles as Parker Forsyth on the ABC soap “General Hospital”, Dr. Bridget Forrester on the CBS soap “The Bold and The Beautiful” and Megan Dennison on “The Young and The Restless”, also on CBS.

She also has acted in television movies such as “You Killed My Mother”, “Homekilling Queen”, and “12 Days Of Giving” as well as some primetime television series such as “Major Crimes”, “9-1-1”,” NCIS”, “NCIS Los Angeles”, “CSI: Cyber”, “CSI”, “CSI:NY”, “Private Practice”, ”House”, “The Mentalist”, and many others, and has also done some production work, namely TV movies “The Secret Sex Life of a Single Mom “, “A Sister’s Revenge”, “Secrets From Her Past”, and “Dead At 17” as executive producer as well as acting in the movies! A very talented lady indeed!

Watch for Ashley’s TV movies to see Ashley, and keep checking Celebrity Baby Laundry for all the latest news, updates and developments!