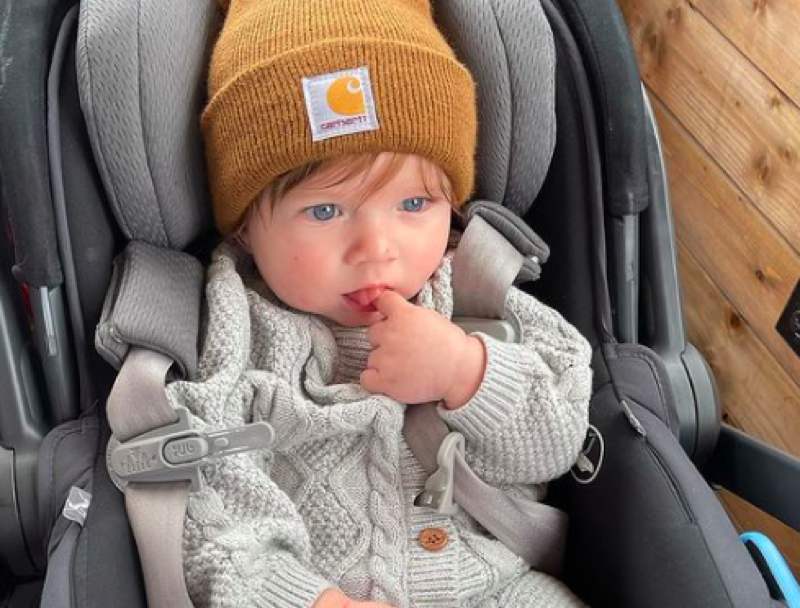 Vanderpump Rules, (VPR) fans fell in love with Jax Taylor and Brittany Cartwright’s son Cruz Cauchi six months ago. From the getgo, it became very obvious that the little boy looked very handsome. In fact, Bravo fans agreed that the kid looked like his dad. However, these days his hair turns quite blonde and it became obvious in a new photo. Brittany and Jax shared it on Cruz’s Instagram on October 28. In it, he sported his first-ever man bun.

Bravo fans realized right away, that the dark-haired baby was the mini-me of Jax. However, his hair started growing lighter. These days Britt claims that he’s not the spitting image of Jax, but of her. Meanwhile, fans agreed that either way he’s a good-looking little fellow. Thankfully, they don’t keep his face hidden and share photos of him on social media all the time.

Vanderpump Rules fans noticed this month when Cruz Cauchi turned six months old, his hair looked way lighter than before. Very suddenly, he started looking a lot like his mom. Brittany let his baby hair grow out, and fans agreed he looked very cute. A little bit like the son of Bravo’s Andy Cohen, they often dress him in big boy-styled clothes, which makes him even cuter.

When Brittany and Jax posted up a photo of Cruz Cauchi with his first man bun, they obviously liked what she did with his hair. The caption read “Cruz’s first man bun 😂😍 I can’t even deal.” Below that, Brittany commented, “I justtttttt 😍😩🥺🥰😍❤️ He’s going to be such a blondie soon! All the new hair is blonde blonde lol 😍❤️.” Clearly, she loves the idea of their son having the same hair coloring as she does. 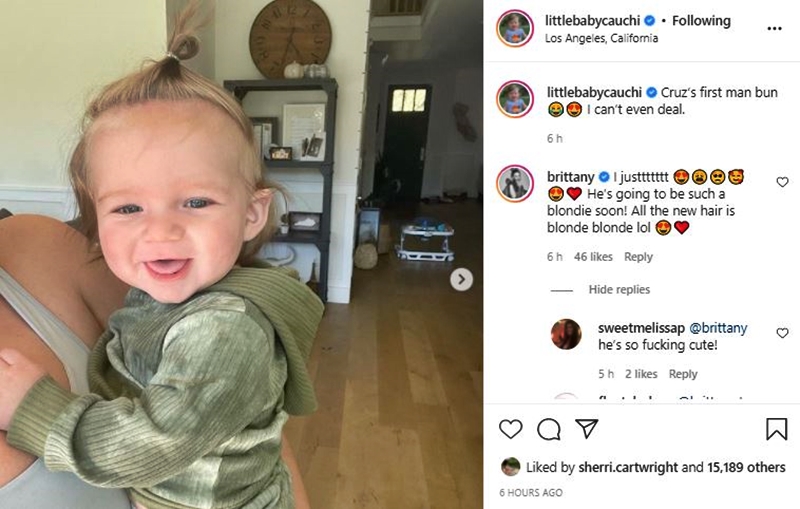 One Vanderpump Rules fan commented, “How do you get anything done!!! I would literally just take pictures of him all day 😂.”  This comment also arrived: “Oh my. If that’s not one of the most beautiful babies ever! 💙” Then another person, also a mom, suggested they don’t cut his hair for a long time. It soon loses that lovely texture of baby hair.

Why Do Babies Change Their Hair Color?

Like the baby of Vanderpump Rules‘ alums Jax and Brittany, most kids experience color change as they grow older. Cruz Cauchi will probably stop changing hair color at between nine to 10 months old, according to The Impressive Kids. It’s all involved in the genes they inherit from their parents. Actually, all babies are born with hair, even a tiny bit. Mind you, they actually go through a period when all their hair might fall out.