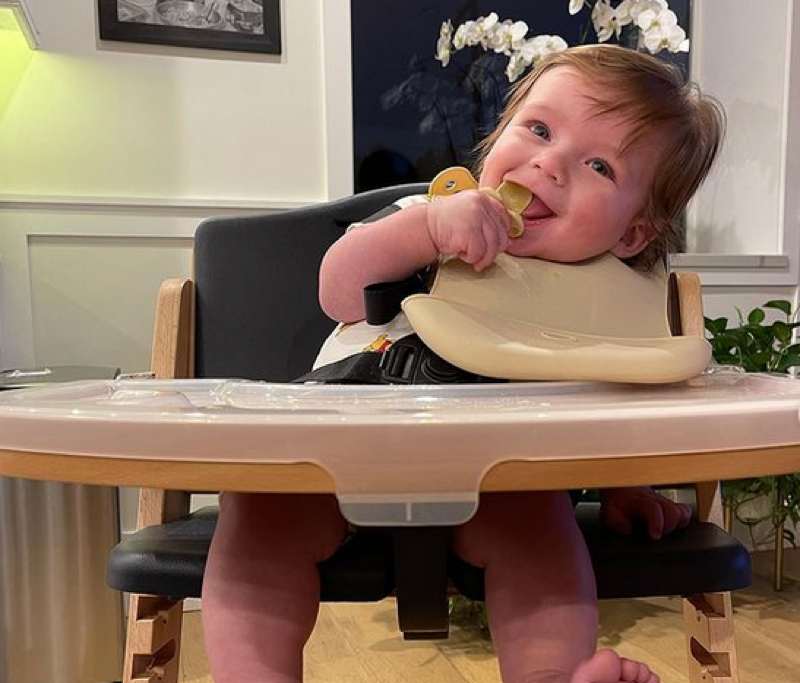 Vanderpump Rules (VPR) fans fell in love with Jax Taylor and Brittany Cartwright’s son Cruz Cauchi. The cute little guy seems very charming and he certainly looks good on camera, fans agree. Well, he just turned six months old, and his Instagram page revealed that he sat amongst some pumpkins next to the pool in LA.

Brittany and Jax don’t stint on photos of their son. In fact, Jax opened an Instagram page for him before his birth. Mind you, plenty of photos also come on their own Instagrams, and that of his grandma, Sherri. Sometimes, the VPR stars show him dressed in little shoes, jeans, and casual hoodies. Many Bravo fans seem very taken with his wardrobe. However, on his six-month birthday, he wore a checked outfit and no shoes.

Recently, Vanderpump Rules fans saw that Cruz Cauchi and his mom went to Kentucky. There, they visited her parents. However, Jax couldn’t bear to be apart from his family. So, he only lasted a few days before he flew in. Actually, Bravo fans who predicted that their marriage wouldn’t work seem to be wrong. And, for the sake of Cruz that seems very awesome.

Cruz Cauchi seems to be the best thing that ever happened to Jax. VPR fans always knew that he longed to become a dad. Well, now it happened, who can blame him and Brittany for sharing their joy with fans? On Tuesday, October 19, the photo that went up showed a healthy and happy little boy. Of course, other Bravo colleagues commented, as did fans. 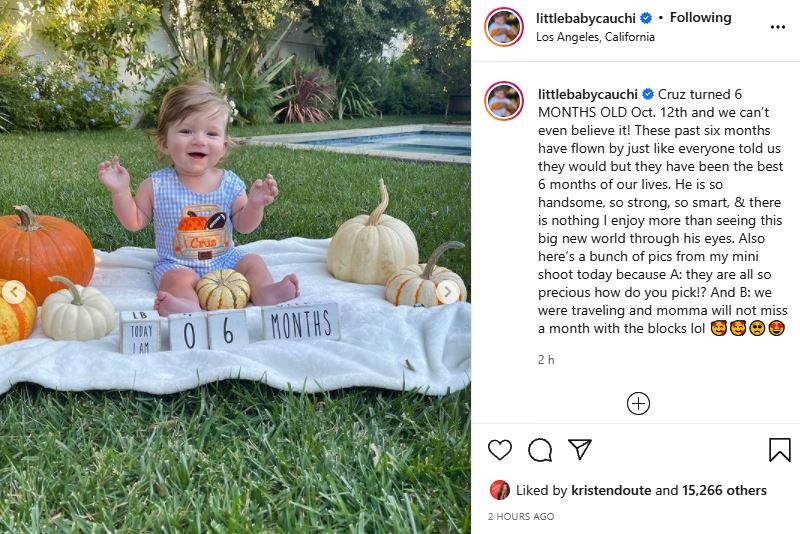 The Vanderpump Rules alums captioned their photo with, “Cruz turned 6 MONTHS OLD Oct. 12th and we can’t even believe it! These past six months have flown by just like everyone told us they would but they have been the best 6 months of our lives.” Then it read, ” He is so handsome, so strong, so smart.” Clearly, they love seeing the world through the eyes of their little boy. The photos went up late as the couple went away for a bit.

Lots of admiring comments went in for Cruz Cauchi. One of them read, “This baby should be in commercials. So precious and beautiful❤❤❤.” Then another fan wrote, “HE IS SO CUTE OMG !!! ❤️😍 prob one of the cutest most precious babies I’ve ever seen.”

What do you think of Cruz looking so cute? Did you notice he hits all his milestones and sits up by himself just fine? Sound off your thoughts in the comments below.