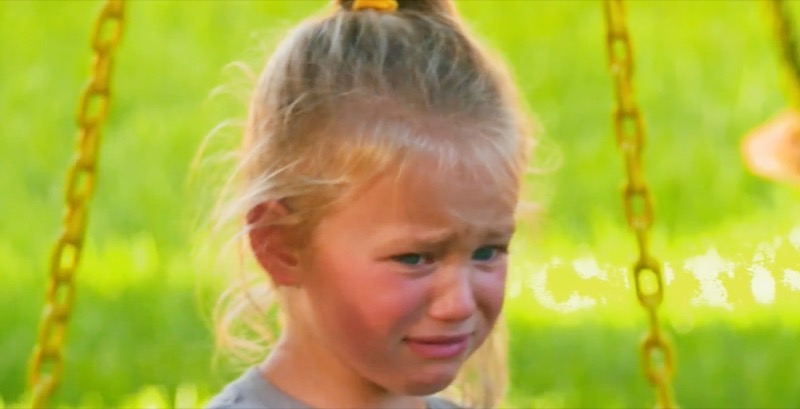 OutDaughtered quint Riley Busby is very popular with a lot of TLC fans. Mainly, that’s because she’s always very easy to tell apart from the rest of the quints. Actually, her radiant smile is a huge winner as well. The often precocious child is bright as a button and starts looking like a young teen already, with her makeup. “Boss” Riley, as Adam often calls her can, however, throw tantrums and pout.

TLC fans adore Riley who always seems to take the lead in the show. Amongst her sisters, she stands out as the boss of the family. Actually, she seems photogenic and very comfortable in front of the film crew. Most fans can’t get over her smile, which they describe as a million-dollar one. However, not all Busby fans think the sun shines when she opens her eyes in the morning.

The OutDaughtered quint, Riley Busby sometimes gets comments that don’t seem very nice. For instance, in September this year, Danielle revealed a photo that showed Riley really knows how to strut her stuff with makeup on. Many fans thought she looked very cute with her lipgloss as she posed with a kissable mouth. Well, some folks thought she’s way too young at six to wear makeup. Meanwhile, others claimed that she seems very vain these days.

Adam Busby took to his Instagram on Thursday, October 14. He shared a photo of all the quints in the family car. Their cousin and Blayke were also with them. All of them looked happy. Meanwhile, Parker Kate made a funny face. However, Riley sat pouting and sullen in her seat. Adam captioned it with, “Once a week we treat the kids to @starbucks, but from the looks of the photo, Riley learned a lesson and isn’t too happy.“ 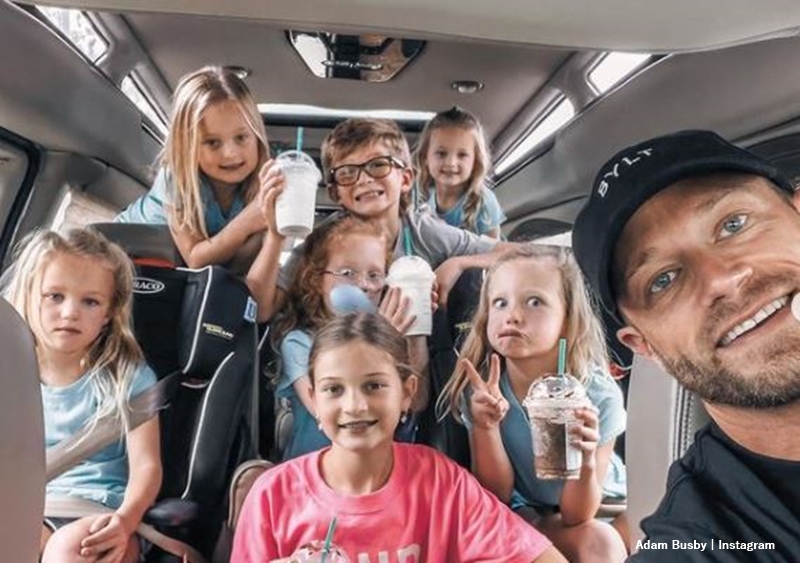 It turned out that the OutDaughtered quint ordered herself “a lemon pound cake and got hers immediately. ” Meanwhile, the others ordered drinks. So, “she had hers eaten before everyone else’s drinks were ready.” The sullen pout obviously came because she learned a lesson about being greedy. Adam noted that she seemed to think that “she was going to get a drink with everyone else also.”

Did Riley Throw A Tantrum?

Riley Busby has been known to throw tantrums in the past. In fact, In April this year, if she isn’t a bit too old for them now. That came in the show when she had a total meltdown because Adam wouldn’t jump instantly and get her a snack straight away.

Her screaming and kicking and wailing didn’t impress her sister Parker. She said that Riley makes her head feel sore as “Riley’s always crying.”  Plus, the other quints didn’t look very happy with her either.