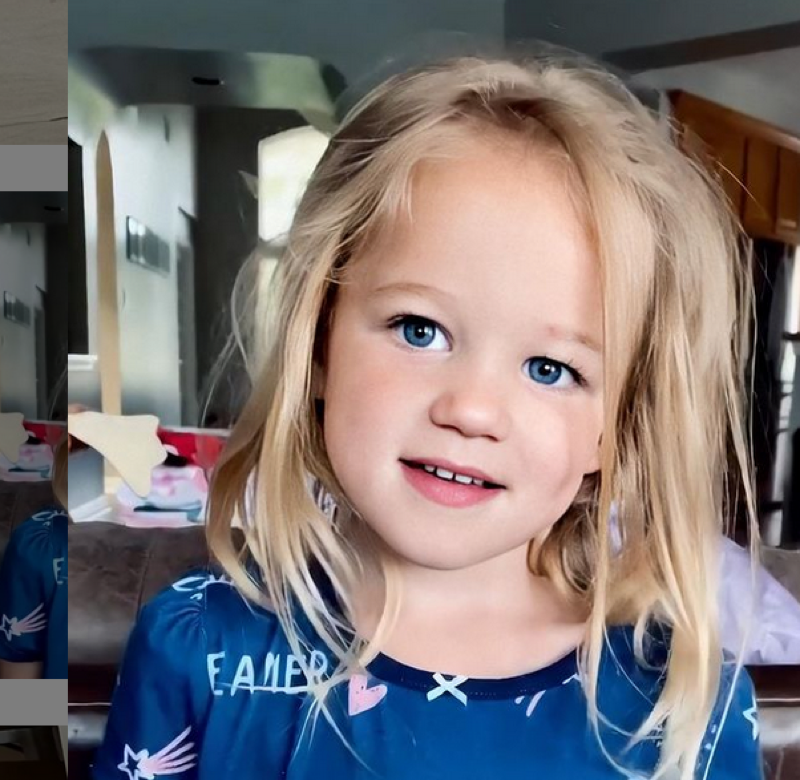 OutDaughtered spoilers and updates tease that fans heard that Riley Busby and her sisters can’t swim at home at the moment as experts fix up their swimming pool at home. Well, TLC fans know that in the family, summer involves a lot of outdoor fun in swimming gear. However, they currently visit Louisiana, and fortunately, their Nana has a pool. So almost all the photos reveal the kids messing about in the pool. One photo shared by Danielle revealed that Riley’s there for it and fans think her smile that lights up her face are worth a million dollars.

TLC fans heard ahead of summer that Riley Busby and her sisters looked forward to another fun-filled summer. First up, they visited Splashway Water Park near Houston. At the end of May, when Blayke attended the last day of Grade 4, Danielle told her fans that the family can’t wait for summer. So, far, they went camping a few times and now they visit the family in Louisana. This time last year, after hurricane Laura, of course, that was impossible.

OutDaughtered fans know that since she hit the terrible twos, Riley Busby always pushed herself into the limelight. Actually, sometimes very bossy with her sisters, she still manages to look very sweet, Fans also like her as those outstanding blue eyes and her pixie grin really stand out. This week, Adam and Danielle shared photos of the kids in Louisana, and in one of them, fans noticed her “million-dollar” smile. 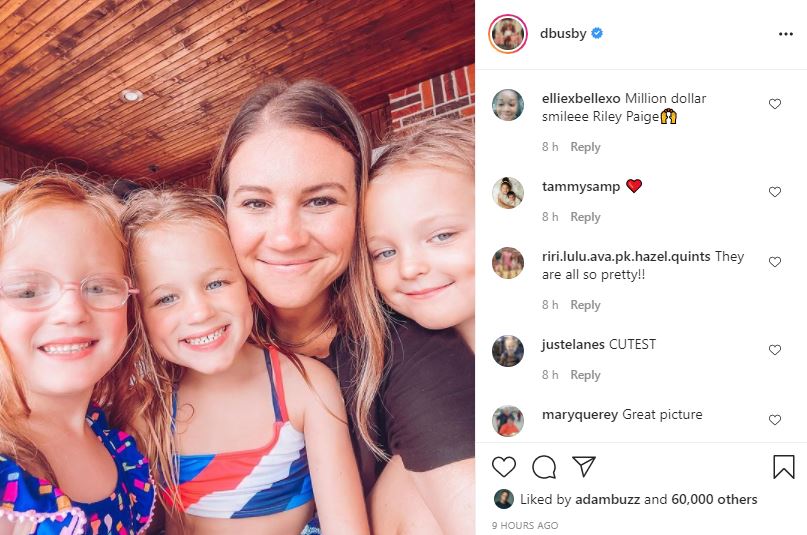 OutDaughtered Updates – Beautiful Photo Of Danielle With three Of The Quints

On Saturday, June 26, OutDaughtered mom Danielle shared a photo of herself with Hazel, Olivia, and Riley Busby. They obviously came from the pool as Riley still wore her bathing suit. Meanwhile  Hazel looked cute in her multi-colored top. In her caption, the TLC star wrote, “Squeeze in for a quick selfie.” Of course, some fans wondered which twin featured in the photo. However, everyone quickly identified Riley.

One OutDaughtered fan said that Riley Busby “is an Adam spittin image.” And another fan noted, “Riley looks so much like her Daddy. She really is a beauty.” Actually, that seems rather interesting as when the quints arrived, Danielle felt that her 4th-born child bore a strong resemblance to her. Mind you, kids change a lot as they grow, and these days some fans think that Danielle’s daughter Parker looks a lot like her.

Other OutDaughtered fans talked about Riley Busby’s amazing smile. One of them said, “Riley is seriously the prettiest of them all.” Another fan replied, saying, “I agree…she is so beautiful. She could be a model when she grows up.” Next up, a fan wrote, “Million dollar smileee Riley Paige

Remember to check back with us often for more news about Riley Busby from OutDaughtered on TLC.