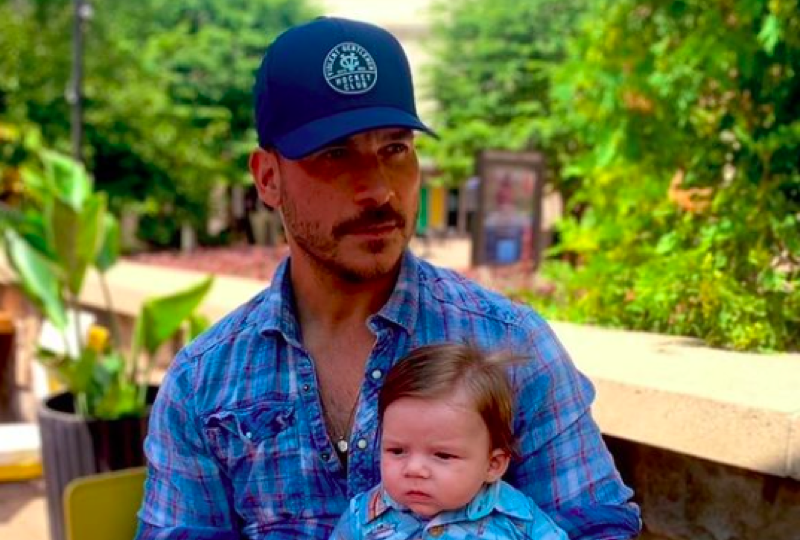 Jax Taylor became a besotted dad even before he and Brittany Cartwright welcomed baby Cruz Cauchi. In fact, for years, the Vandeprump Rules (VPR) alum eagerly anticipated becoming a dad. So, he rejoiced when his delightful child arrived, Now that Brittany took Cruz away to Kentucky, how long do you think Jax bore the separation? Read on to find out.

Jax Taylor and Brittany Cartwright, formerly on Vanderpump Rules, welcomed baby Cruz Michael Cauchi six months ago. He and Brittany share photos of the cute kid almost daily. In fact, he’s a stunning-looking kid, VPR fans agree. The photos keep on coming, and each one seems cuter than the last. Actually, Bravo fans still hope that one day, they return to TV so they can watch the little guy grow up.

Jax Taylor started up an Instagram page for Cruz before his birth. In fact, one of the earliest photos reveals him still inside his mom. The scan clearly gives Jax a lot of great memories. Loads of photos reveal that his son is simply adorable, and nobody’s just saying that, Fans think that he really does capture the camera! So, Bravo fans can probably understand why he didn’t last very long without Brittany and Cruz at home.

This last week revealed that Brittany took Cruz and went to visit her parents in Kentucky. Some of her photos revealed his grandma, Sherri with her grandson. Actually, Sherri suffered ill health and nearly died after bladder surgery went wrong. So it’s special that she gets to spend time with Cruz. Well, one photo that Brittany posted up was then shared by Jax, a few days later.

Jax Taylor captioned this post with, “Lasted 4 days [without] my family and I couldn’t do another day without them, jumped on the red eye last night and headed east. 💜 thank you @mikeyavalon1 for housesitting so last minute.“ 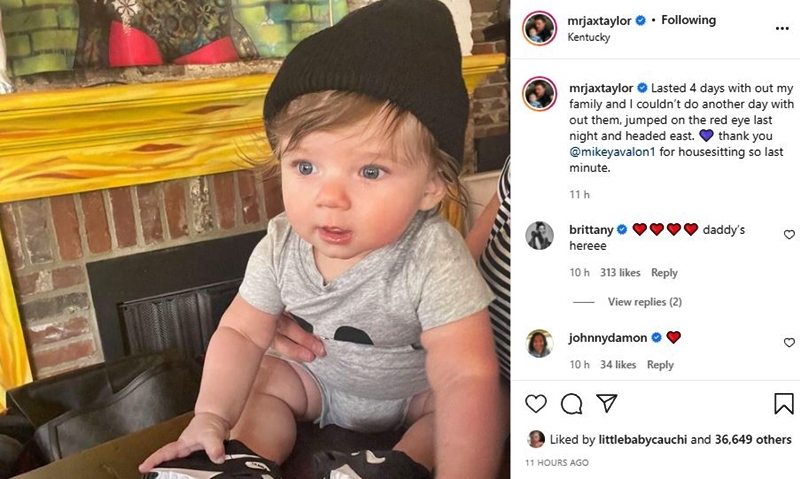 VPR Fans Comment On Four Days Without Cruz And Brittany

In the comments section of the post, one Vandeprump Rules fan told Jax Taylor, “See when you have a baby you cannot go a Day without them love this! ♥️” Then another fan wrote, “Adorbs!!!! Have a great weekend with your family ❤️❤️❤️.” Similar comments arrived like this one: “Awww Jax! That’s the sweetest thing ever! ❤️”

What are your thoughts about the fact that Jax could stick out only four days without Brittany and Cruz? Sound off in the comments below.

Be sure to catch up on everything happening with the cast of VRP right now. Come back here often for more Vanderpump Rules spoilers, news, and updates.