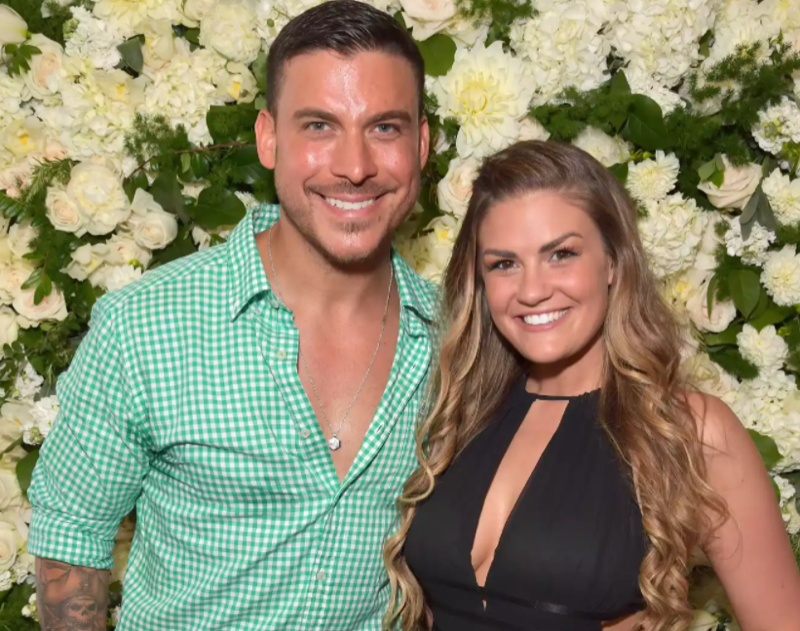 Vanderpump Rules spoilers and updates tease that Jax Taylor and Brittany Cartwright, formerly on Vanderpump Rules, welcomed baby Cruz Michael Cauchi five months ago. Bravo fans knew that Jax really wanted to raise a child one day and finally, his dream came true. In fact, the VPR star dreamed of playing hockey with a son one day in the future. Well, Cruz is still a long way off that. However, he’s certainly full of cuteness and smiles.

When Baby Cruz Chachi arrived, his mom and dad started an Instagram page for him. At the time, Jax warned fans about fake sites. On Sunday, September 12, A batch of photos went up on the @littlebabycauchi page to celebrate him turning five months old. Actually, Jax and Brittany Cartwright were slow to post photos of their son there initially. However, after Vanderpump Rules fans pleaded for more, they go up regularly.

These days, Jax Taylor shared some gorgeous photos of their handsome son, and fans just think he’s the cutest kid. While Bravo critics might feel that Cruz is more his father’s son than Brittany’s, both of them often share photos on their own Instagram pages. One of the best-loved photos revealed Cruz wearing the tiniest pair of jeans, and rocking his cap on backward. Only about three months old at the time, VPR fans gushed over the cute kid.

The first two photos showed Cruz lying on the bed with the usual wooden blocks saying how old he is. Then, they also shared three others. In them, little Cruz wore cute blue and white striped shorts, a button-up white shirt, and a bow-tie. The caption read: “Our handsome little Cruz Michael is 5 months old today!!! 🥺😍🥰”

Fans and followers of Jax Taylor and Brittany were quick to comment on the gallery of photos. Here’s a sample of what some of them said:

I can just eat him.

Awwww hes the cutest baby [ever] …Fact x that last pic had me crying laughing he is gorgeous 😍.

He is a looker! Watch out girls, he is going to be a hottie!! Cutie pie!”

Will Fans See The VPR Alums On Reality TV Again?

Jax Taylor always denied they were fired by Bravo after faith Stowers led the charge on getting rid of perceived racial cast members. And before Cruz Cauchi came along, they often talked about returning to television. In December last year, E Online reported, “you may not have seen the last of Jax Taylor and Brittany Cartwright on TV following their Vanderpump Rules departure.”

At the time, a source told the outlet, “They have started to film ideas and are pitching it right now. We will definitely be seeing them return.”

Be sure to catch up on everything happening with Jax Taylor right now. Come back here often for more Vanderpump Rules baby spoilers, news, and updates.