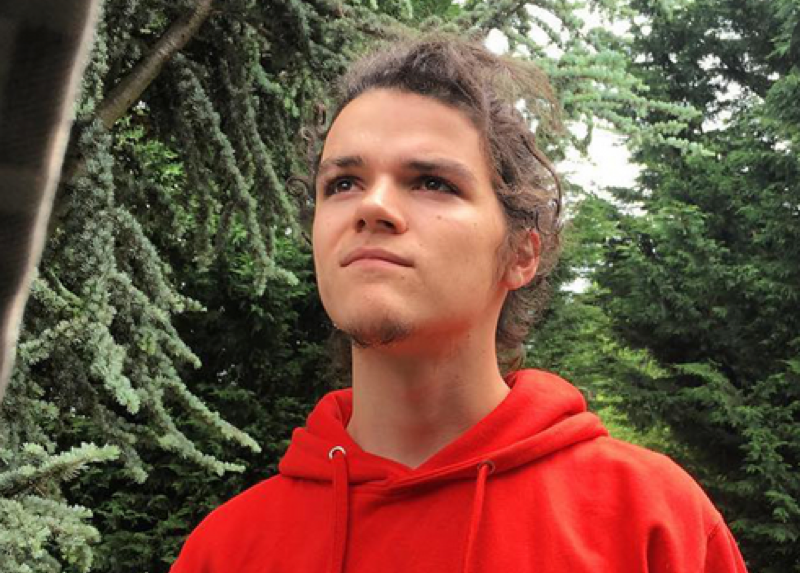 Little People Big World spoilers and updates tease that fans know that Jacob Roloff and his wife Isabel seem extremely excited about her pregnancy. They both shared the news about their baby boy who arrives in December this year. However, he made some comments about his son in an Instagram post that sounded a bit bizarre. So, that made some fans question his sanity. Was he perhaps just joking?

Little People, Big World fans seemed thrilled that Isabel has been so open about her pregnancy. In fact, she updates TLC fans almost every day, and sometimes, more than once. Actually, the news came that this year, fans who visit the Roloff Farms Pumpkin Season event might spot them, as she said they’ll be there. For some fans, it hinted that they might even reappear on the TLC show.

Isabel didn’t ever film for LPBW, but Jacob did and a lot of fans miss him. However, her openness doesn’t extend to considering starring in Little People, Big World. Well, Jacob told his fans in 2016 that nobody would ever see him on TV again. And this week, Isabel said that she won’t film. Actually, she said this week on Instagram Stories that she feels “pretty awkward on camera.”

With Isabel seeming relaxed enough to appear at the Pumpkin Season event, and her openness about her pregnancy, fans hoped that they might see a photo of their son. However, Jacob posted a photo of his wife this week. In his caption, he said, “Yes this is my beautiful wife yes I am excited to be with her again yes I cannot wait to meet my son. He added, “I am looking forward to the rest of my life con mi familia ❤️❤️❤️.”

Then he disappointed some LPBW fans by saying that nobody would ever see his son on social media. It came in the comments of the post. Well, some fans respect his right to keeping his son private. But, more comments seemed rather bizarre. 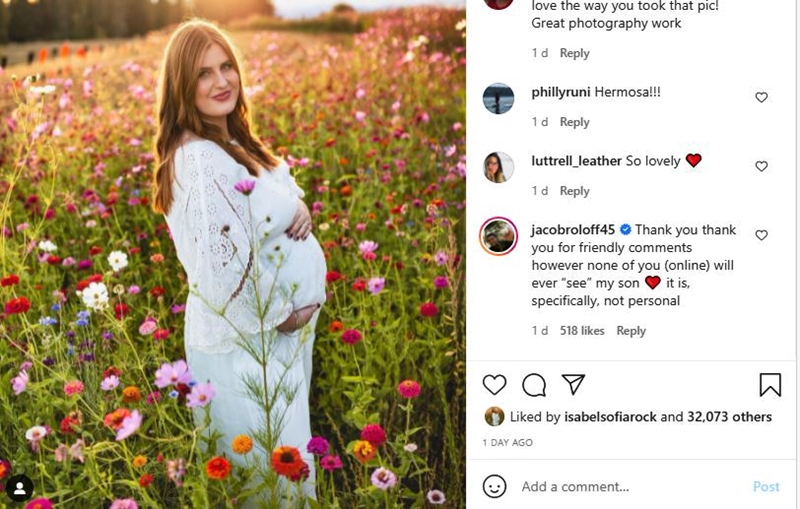 Addressing Isabel, a fan asked if fans could see her son on social media, or if she needed Jacob’s permission. And that’s where things started going a bit bizarre.

Fans See Threats – Is it A Joke

Jacob told the fan, “you alone will have to sign a form to look at him yes.” Well, the fan took it in good humor and called it a “good comeback.” However, he said, “it’s not a comeback this is legally binding.” Without boring our readers, the exchange continued between the two, and he also said, “again this only applies to you and I will sue if you infringe this verbal contract.” And he added, “you better close your eyes if you see me or my son I know the law.”

Some LPBW fans started to think that Jacob Roloff merely joked. Other comments followed like: “I cannot be held responsible for any head knocking that befalls you.” Plus, when the fan said they would unfollow him then, he said, “good that will help to prevent any further legal breaches.”

If it was a joke, and those who are used to his humor are correct, then he meant nothing by it. However, one fan wrote, “you’re not the prince or royalty you’re not that important to sue over a picture.” Jacob came back with: “oh I beg to differ, but you’ll find out if you break this legally binding contract by Instagram comment. You signed away your rights in the Terms and Conditions. Better read more carefully next time.”

Later, he added, “one more misstep by you and you will be served a Cease & Desist notice.” A few fans really thought he had lost it. One LPBW fan suggested he was “drunk or high.” Meanwhile, a fan wrote, “don’t think this guy is mentally stable.” Others recalled that he once got a “knock on the head.” Nevertheless, a lot of fans got that he was just joking in a sarcastic way. However, when he first spoke about people not seeing his son on social media, he seemed pretty serious.