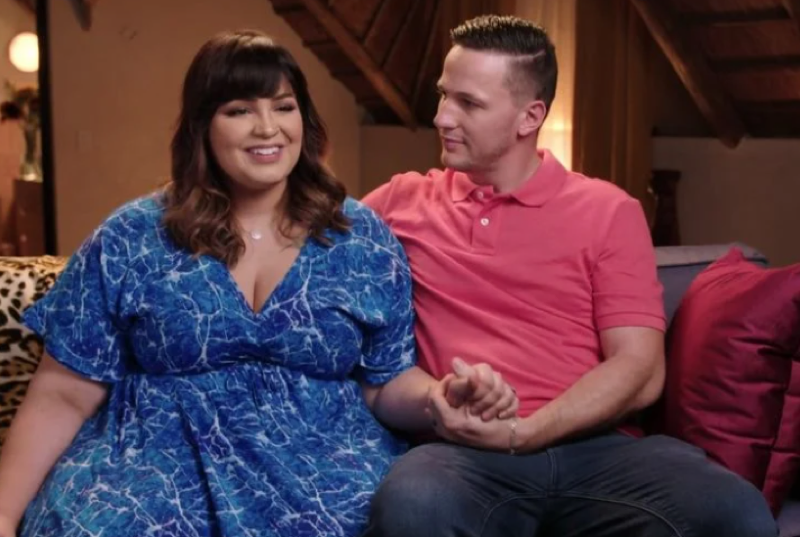 90 Day Fiancé spoilers and updates tease that fans see that almost every time Ronald Smith and Tiffany Franco appear on the TLC franchise, they argue and split. Usually, it takes place very publically. Despite her always saying she won’t take her dirty laundry to social media, she continually does so. Well, now Ronald told his fans that she’s so controlling, she even objected when he posted a selfie.

TLC fans actually grow very skeptical about Tiffany who seems to bait Ronald just before, just after, or during their episodes. Some jaded fans think she just does it for a storyline in the show which she can drag out forever. Mind you, in Happily Ever After? they seemed genuinely at loggerheads. Actually, Tiffany went after him so hard that she lost a lot of favor amongst fans of the show.

90 Day Fiancé star Ronald Smith shared some text messages from Tiffany with his fans recently. Monsters and Critics noted that it contained a lot of F-bombs. While the message seems immature to some fans, would she do that if she still actually loved him? Certainly, it would take a lot of effort to put it together if it’s a big scam to keep her story going on TLC.

On Sunday, August 29, Ronald took to his Instagram and posted a selfie. Fans actually liked it as he looked handsome, they thought. In his caption, he thanked them for all their support. He also shared the same photo on his Instagram Stories and told fans that Tiffany was angry about him posting a selfie. Maybe those fans who accuse her of being too controlling are correct! 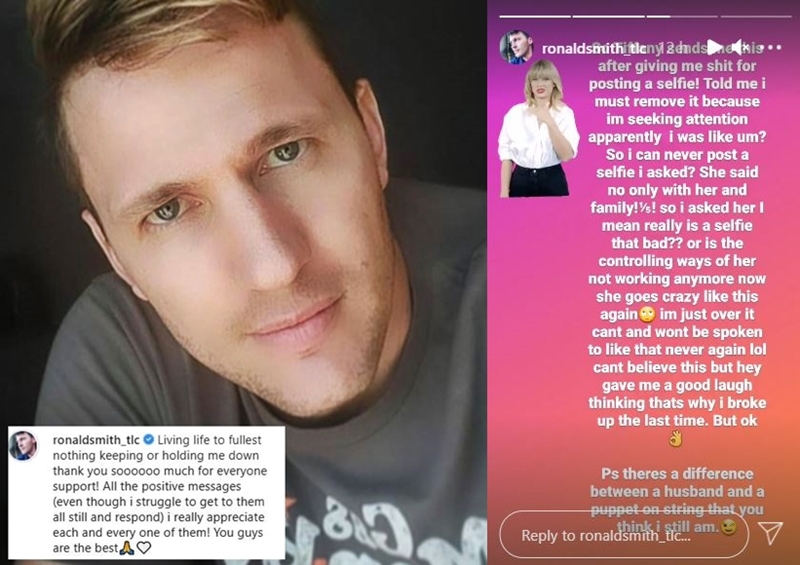 The slide by the 90 Day Fiance star ranted a bit about Tiffany giving him “sh*t” for posting the selfie. He also wrote, “Told me I must remove it because I’m seeking attention apparently. I was like um? So I can never post a selfie? I asked. She said no only with her and family.” Finally, he made it clear that he won’t be a “puppy on [a] string.”

Of course, fans can’t comment on a Story. So, they took to the original selfie post and commented over there.

A lot of fans seem rather more sympathetic to Ronald Smith these days. One of them wrote, “you are handsome Ronald! Tiffany waz way too hard on you and never appreciated anything you tried to do. You’re better off! Hope you are well and at least get to see the kids, (sic).”

Then another fan noted, “Tiffany likes to control you because she knows you want to come to [the] USA! Her fav saying is “I need help” She should get up off the couch and help herself! Lazy gets you know where in life, (sic)!“

Remember to check back with us often for more news, updates, and spoilers about 90 Day Fiancé on TLC.