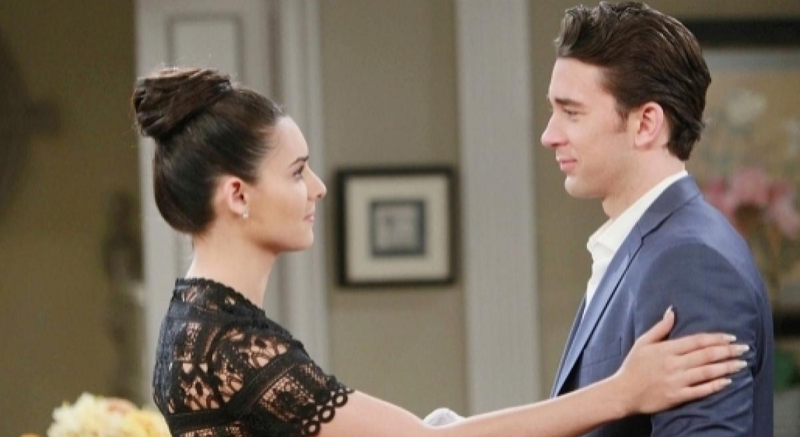 Days of Our Lives (DOOL) spoilers and updates tease that Chad DiMera (Billy Flynn) will have a tense encounter with Jake DiMera (Brandon Barash) and Gabi Hernandez (Camila Banus) in an upcoming episode of Days of Our Lives!

Days of Our Lives viewers will recall that over the past couple of years, Chad has been enduring many struggles in his marriage to Abigail DiMera (Marci Miller). Days of Our Lives viewers will recall just recently that Chad had a talk with his father-in-law Jack Deveraux (Matthew Ashford) in which he pleaded with Jack to talk to his wife and her mother about if Abigail was ever coming home!

The children were missing their mother, and it seemed bizarre that Abigail would go to Boston and stay such an extended time period without the little ones. Everything and anything that might remind Chad about Abigail’s absence is likely to set him off, and when he encounters Jake DiMera and Gabi Hernandez it will just trigger trauma from the past! Longtime Days of Our Lives viewers will remember that Abigail’s alter, “Gabby” was involved with Jake’s twin brother, Stefan DiMera (Brandon Barash) and Gabi altered Charlotte DiMera’s (Olivia and Oakley Rondou) paternity test to reflect that Stefan was her father instead of Chad!

Days Of Our Lives Updates – Wrong Place At The Wrong Time

Days of Our Lives viewers can expect Chad to tear into Gabi and Jake who are just in the wrong place at the wrong time! Days of Our Lives viewers will recall that Gabi and Jake’s focus is now on taking over Titan Industries from Philip Kiriakis (Jay Kenneth Johnson) who was busy being jealous over Chloe Lane (Nadia Bjorlin) and chasing her down! Gabi and Jake have realized that EJ DiMera (Dan Feurreriegel) is not going to just step aside and let them back into the DiMera mansion, let alone DiMera Enterprises! 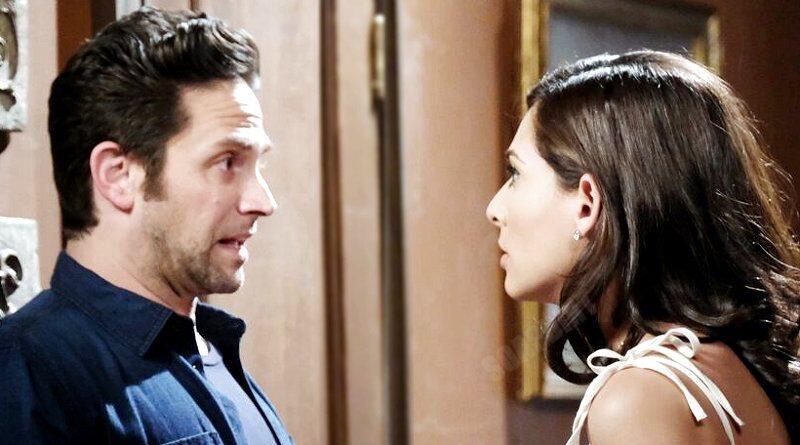 Gabi and Jake will be a bit mystified as to what either one of them may have done recently to upset Chad so much – not that Jake in particular even cares. But long ago, Gabi and Abigail were good friends, and they even joined forces to punish Gwen Rizchech (Emily O’Brien) for ruining Abigail’s marriage. Gabi was upset with her too because she got blamed for spiking Abigail’s drink at Julie’s Place which Abigail spent a lot of time in a facility in Florida healing from! But Chad will recall that if Jake hadn’t come to Salem, then Gwen wouldn’t have either; she had a book that the mob in Philadelphia had wanted back. Jake was running from the mob!

Perhaps Chad DiMera Just Needs To Get Away From The Situation

Days of Our Lives viewers can imagine that Gabi might be a little more understanding of Chad’s tirade than Jake might be. Perhaps Chad just needs a break, and some time away from Salem, Gwen, and anything that might remind him of his troubles. Gabi may be the one to convince him to take a trip out west to visit old friends, and he will decide soon. Days of Our Lives spoilers tease that on the streaming spinoff “Beyond Salem” Chad will visit his old friends Will Horton (Chandler Massey) and Sonny Kiriakis (Zach Tinker) in Phoenix. They also have Gabi and Will’s daughter Arianna Horton (Sydney Brower) and Gabi will be happy to hear how she’s doing. Chad should return with a lot of photos!