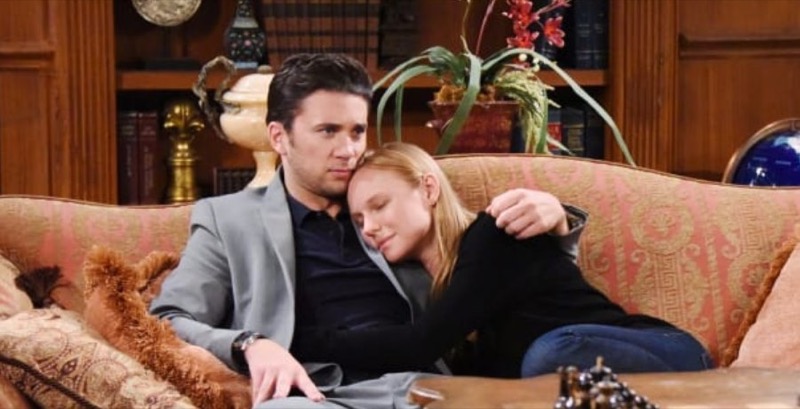 Days of our Lives (DOOL) spoilers and updates tease Abigail Deveraux DiMera (Marci Miller) has been getting back to her life. Abigail has decided that she wants to be in Johnny DiMera’s (Carson Boatman) movie about Dr. Marlena Evans (Deidre Hall) and has been cast as Marlena. Abigail had hoped that her husband Chad DiMera (Billy Flynn) would play Marlena’s love John Black (Drake Hogestyn) but his brother EJ DiMera (Daniel Feuerriegel) has taken the part away from Chad. Abigail feels that working on the movie will help her. Abigail had left Salem to get some distance because she got into a fight with her sister Gwen Rizczech (Emily O’Brien). Abigail believes that she is responsible for Gwen losing her baby after she fell down a flight of stairs at the DiMera estate. Abigail was upset for Gwen and for Chad because the baby was his child with Gwen. Chad has assured her that he did not blame her. Abigail and Chad do not know that Gwen lost the baby before the fight. Abigail wants to put the past behind her to move on with the future.

Days Of Our Lives Spoilers: Abigail Deveraux DiMera Wants To Figure Out What To Do About Gwen Rizczech

Abigail is starting to put a few pieces together about Gwen. Abigail was surprised when she found out that Gwen was arrested for soliciting a judge. Abigail knows that Gwen has told their father Jack Deveraux (Matthew Ashford) that she was a sex worker in her past and that she had been blackmailed by Dr. Clay Snyder (Michael Lowry) to help him with his illegal drug operation. Xander Kiriakis (Paul Telfer) has been trying to help Gwen and has gotten into trouble with the law as well. Abigail may be able to figure out that the real reason that Gwen was working with Snyder is that he knew the truth about Gwen’s miscarriage. Abigail will be relieved that she did not cause Gwen to have a miscarriage. Abigail will not know what she might do in regards to Gwen because of Jack. Abigail knows that Jack has come to love Gwen because she is his daughter. 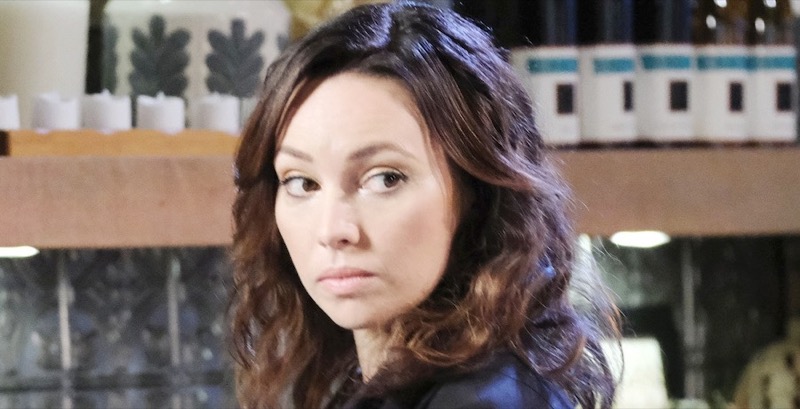 Chad felt bad for having an affair with Gwen and wants to make his marriage to Abigail work again. Chad had hoped that he and Abigail would be able to work together on Johnny’s movie about Marlena. Chad has been upset that EJ has taken the part of John. EJ decided to take the part away from Chad because he decided to help Johnny to finance the movie. EJ did not want Johnny to make the movie because he wanted Johnny to work with him at their family company DiMera Enterprises. EJ agreed to help Johnny to finance his movie because he wanted to get back at Chad for going against his wishes. Chad is concerned about Abigail and EJ having close and intimate scenes in the movie. Chad will need to find a way to make sure that EJ does not get close to Abigail.

Days of our Lives Chad wants to find a way to get his relationship with Abigail back on track. Chad does not want EJ to hurt Abigail because he is upset with him. Can Chad get closer to Abigail and keep EJ from doing anything to cause Abigail to have any more problems? Abigail wants to get past her fight with Gwen. Abigail may figure out that Gwen lost her baby before the fight. Abigail may not know if she should tell Jack the truth about Gwen and destroy Gwen’s relationship with Jack. Will Abigail decide that she will not go after Gwen because she knows that Jack and Gwen have connected with each other as father and daughter? Be sure to catch up on everything happening with DOOL right now. Come back here often for Days of Our Lives spoilers, news, and updates.