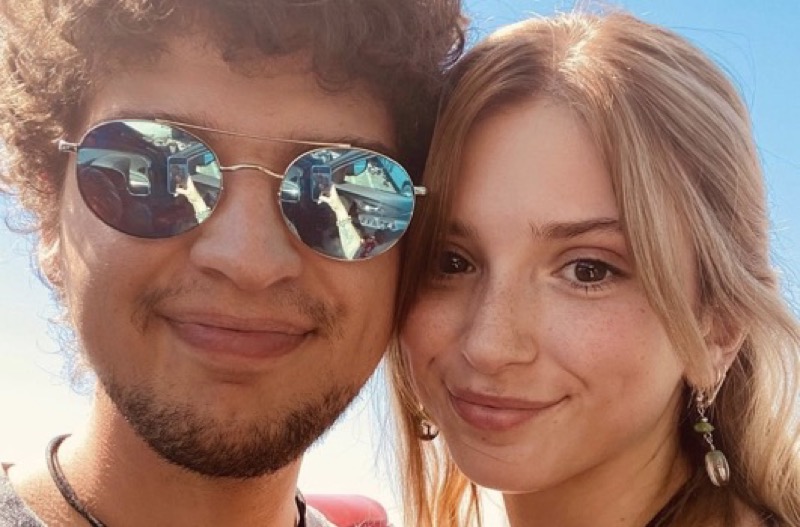 Unexpected on TLC brought McKayla Adkins and Caelan Morrison. The couple featured in the first three seasons of the show. However, they split and she later married Ethan Tenney. Now, the couple expects a baby so she told her fans about it on Instagram this weekend.

When TLC fans first met McKayla, she already expected one child, Timmy. Later, they also welcomed a daughter, Gracelyn. Fans really liked Caelan but his girlfriend actually took quite a lot of heat. Many folks accused her of being spoiled and self-absorbed. By the end of their last season, they had created plenty of drama. So, it seemed inevitable that it wouldn’t work out.

In May last year, Unexpected fans heard that McKayla planned on marrying a young man named Ethan Tenney. Not hanging about, she married him a few weeks after another pregnancy announcement, At the time, she seemed very happy about it. Well, after that, she went very quiet on Instagram after a long rant about her OnlyFans account. Later Starcasm revealed that she lost the baby.

Taking to her Instagram on October 30, Mackayla shared a few photos of herself. In one of them, she stood side-on to reveal her baby bump. In another one, she and Ethan stood together looking extremely pleased with themselves. In her caption, she wrote, “We’re back and we’re expecting!!! Excited to announce we’ll be having a baby boy on May 6th, 2022. 💙” Then, in her hashtags, the TLC alum said that she’s 13 weeks along. 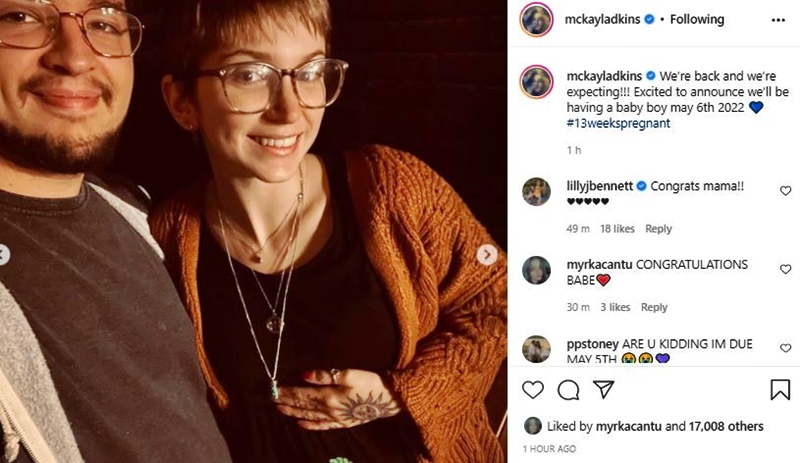 Unexpected fans immediately started sending her congratulations. A lot of other fans noticed that originally, she wrote “2021.” However, she later amended it to next year. One fan wrote, “Congratulations!!! So excited for you beautiful!!” Then, another loyal fan remarked, “Congratulations on your rainbow 🌈 ❤️.” Similarly, this comment arrived: “Congrats darling ❤️❤️❤️ so happy for you!” Meanwhile, other fans said that they had missed seeing her on Instagram.

Caelan Morrison And The Kids

While McKayla Akins expects her third child with Ethan, Caelan does get to see his two kids. Although the Unexpected dad seldom shares photos of them, he posted some up at Easter this year. Some TLC fans slapped him because they know that his ex isn’t keen on too many photos on social media.

What are your thoughts about Ethan and McKayla expecting a baby again? Are you over the moon for her? Will she and Ethan raise a large family? Sound off your thoughts in the comments below.

Be sure to catch up on everything happening with TLC right now. Come back here often for more Unexpected spoilers, news, and updates.