Days of Our Lives (DOOL) spoilers and updates tease that Chad DiMera (Billy Flynn) will confront Kristen DiMera (Stacy Haiduk) over what she did to Chloe Lane (Nadia Bjorlin) and Kate Roberts (Lauren Koslow) in an upcoming episode of Days of Our Lives!

Days of Our Lives viewers will remember that Kristen clobbered both Kate Roberts and Chloe Lane over the head in the DiMera Mansion. Kristen clobbered Kate with a large paperweight after she messed up trying to maintain her Susan Banks (Stacy Haiduk) persona and Kate tore her wig off! She then dragged an unconscious Kate into the DiMera wine cellar in the tunnels and held her captive and no one knew the difference when “Kate” dumped Jake DiMera (Brandon Barash) and went to Salem University Hospital to check on Brady Black (Eric Martsolf).

Kristen herself had caused Brady’s serious accident while struggling with Kate, who she had stuffed in a duffel bag after drugging. Kate came to and in spite of a second drugging by syringe managed to get free from the duffel bag and jump out of Kristen’s moving car! She remained unconscious in a ditch for a time then managed to get herself to the DiMera mansion where she discovered Jake in bed with Gabi Hernandez (Camila Banus)! 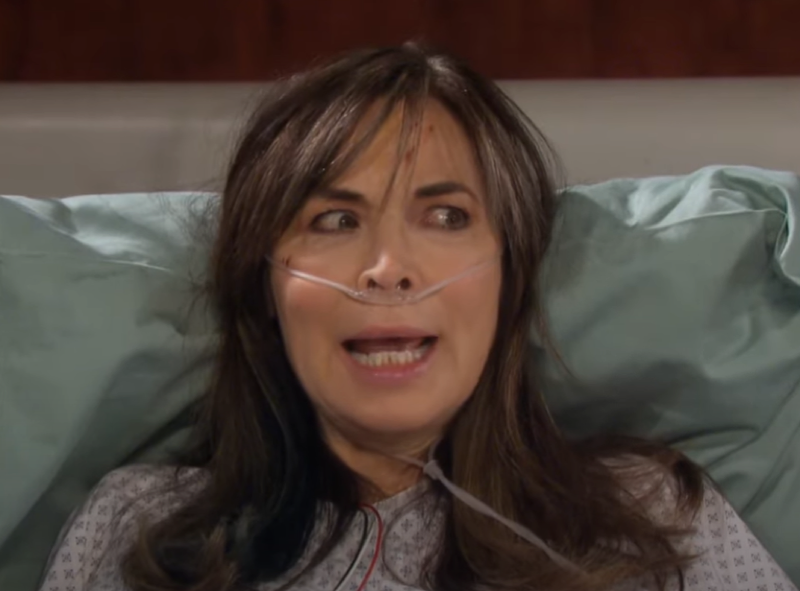 Later, Jake found her passed out in the mansion after she’d been beaten over the head with a fire poker! As for Chloe, Days of Our Lives viewers will recall that she too was beaten with a fire poker to the head after she figured out Susan was really Kristen, and at this point, no one knows if Chloe is dead or alive! All this happened as Chad has been busy dealing with the aftermath of Gwen Rizchech’s (Emily O’Brien) miscarriage and Abigail DiMera (Marci Miller) leaving to move in with her mother. Jake undoubtedly has brought Chad up to speed on the Kristen situation, and nowhere is Kristen, having the unmitigated gall to ask him for a favor?

Days Of Our Lives Updates – Chad DiMera Confronts Kristen DiMera And No He Won’t Help!

Days of Our Lives viewers will recall that Kristen is half-siblings with both Jake and Chad by adoption. Longtime Days of Our Lives viewers will remember that Stefano DiMera (Joseph Mascolo) adopted Kristen and her brother as small children. Jake and Chad are DiMeras by blood. Kristen likely thinks Chad knows nothing about what she has been doing practically right under his nose in his house, and has the nerve to ask him to hide her out and likely to help her get out of Salem and on the run! Kristen has a rude awakening when Chad tells her, no, and not only that, blasts her over what she did to Kate and Chloe!

Chad informs a stunned Kristen that he knows everything because Kristen is public enemy number one at the time and the police have already been searching the mansion for her! Jake told him about what happened to Kate, and Chloe is missing and he knows all about why Kristen is a person of interest in her disappearance because of Lucas Horton (Bryan Datillo)! Lucas is Abigail’s uncle so they do have a family connection. Days of Our Lives viewers will recall that Lucas and Sami Brady (Alison Sweeney) were also victims of Kristen and hid in the wine cellar! Kristen tries to bring up the DiMera blood connection and Chad might bring up that it doesn’t really exist – he may even threaten to have the police pick her up right then and there!