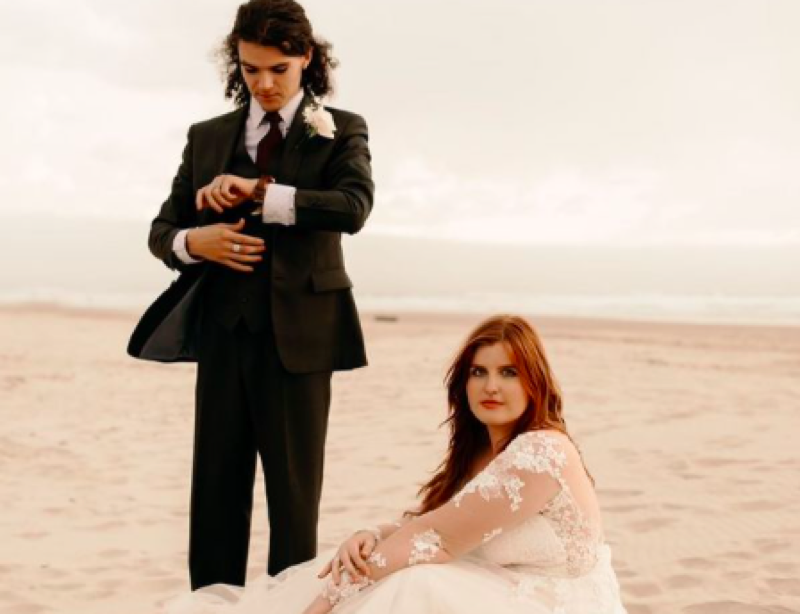 Little People Big World spoilers and updates tease that Jacob Roloff just discovered that something really weird happened in 2006. The Little People, Big World alum related a story that probably belongs on Ripley’s Believe It Or Not. In fact, fans often see uncanny coincidences on YouTube where people change the course of their lives or even die as a result of incredible timing. This story is every bit as amazing.

In 2006, People Magazine reported that Jacob and a family friend suffered injuries when a pumpkin-launching trebuchet dropped a concrete block on them. Both Jacob and Matt Roloff’s friend and business partner, Mike Detjen were rushed to hospital. Jacob underwent a procedure to relieve swelling and avoid infection. They received stitches bruising and other minor injuries as well.

Later, in 2007, fans watched it all play out for Jacob Roloff and his family friend on the Little People, Big World show. Jacob was just nine years old when it happened. Back in 2007, the summary for the episode revealed that “the consequences of the accident are almost deadly.” This week, the LPBW alum revealed that he went back and took a trip down memory lane. He and Isabel watched some early episodes of the show for fun. 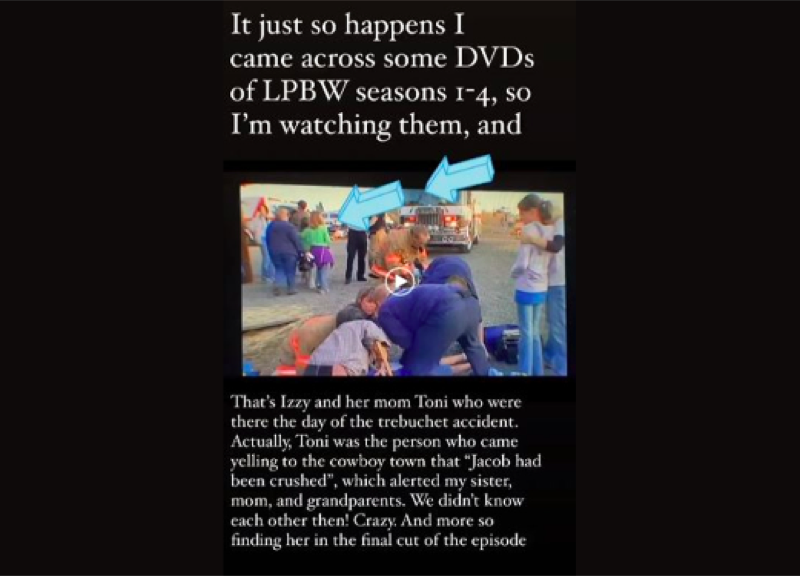 Jacob Roloff took to his Instagram Stories on May 25 and shared a screenshot of the incident. In it, in the background, a woman and her young daughter stood out. the TLC alum highlighted them with arrows and said that he couldn’t believe his eyes. He only just realized that they were his now-wife Isabel Rock and her mom Toni.

In fact, Jacob Roloff pointed out that Toni ran and alerted Matt about his son’s injury. Incredibly, at the time they “didn’t know each other” at all. A year younger than Jacob at the time, she would have been about eight years old. Years later, they met, fell in love, dated, and finally married. Only now, they discovered the uncanny coincidence that happened all those years ago.

Unfortunately, Isabel Rock’s mom, Toni passed away from breast cancer about seven years ago. So, they can’t get hold of her on the phone and share their amazing news with her. Mind you, it seems so bizarre, that perhaps she already knows all about it and has a quiet chuckle in Heaven. Ahead of sharing the Story, Jacob Roloff’s wife Isabel alerted her fans to the unusual news. On her main Instagram page, she said, “Isn’t it just so pretty to think all along there was some invisible string tying you to me? ❤️”

Next, she told them, “Watch my stories for a crazy revelation Jacob and I made last night, and for a cameo of me on the show from when we were 9 and 10. 😳 the universe is wild.”

Remember to check back with us often for more news about TLC’s Little People, Big World alum, Jacob Roloff.