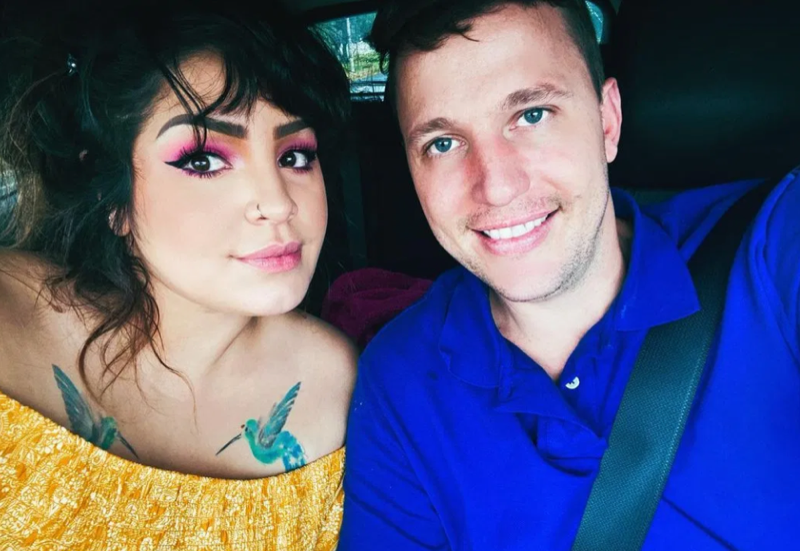 90 Day Fiancé spoilers and updates tease that fans saw a mega bust-up between Tiffany Franco and her husband Ronald Smith. Just like the previous splits, it all went down very publically online. Just like the other times, Tiffany vowed not to take their battles onto social media. And just like previous splits, after she announced her separation from him, the TLC stars now sound reconciliatory. Actually, fans grow sick and tired of it, and some of them seem very skeptical about all this drama.

TLC fans know that the couple seems lovey-dovey in between seasons of the show. In fact, the happy, loving couple literally makes out online. Then, when they get together, they present a very happy couple. All smiles and joy, they take trips together. Plus, they seem like adoring parents. Then, along comes a segment on TLC or discovery+ and they fight like cats and dogs.

So far, 90 Day Fiancé saw the same old story play out three times. Spoilers about the break-up usually come from Ronald first, who posts not every cleverly disguised cryptic comment on his Instagram. Then it follows the same pattern. Ding-dong, back and forth, On Friday, Monsters and Critics reported that Tiffany shared in her stories that they officially separated. However, it already sounds like they might make up and stay happy until their next appearance on the franchise.

Blogger John Yates shared what might be the last comments for a while by Tiffany Franco. In one post, she talked about how once again, she won’t take it to social media. She said, “I won’t be posting our dirty laundry for everyone to see.” Well, perhaps she just copy-pasted it from the previous times they did this. One fan noted, “That horse already left the barn. Dirty laundry has already been aired all over the place, over and over again. Waaay too late to get all noble about it now.” 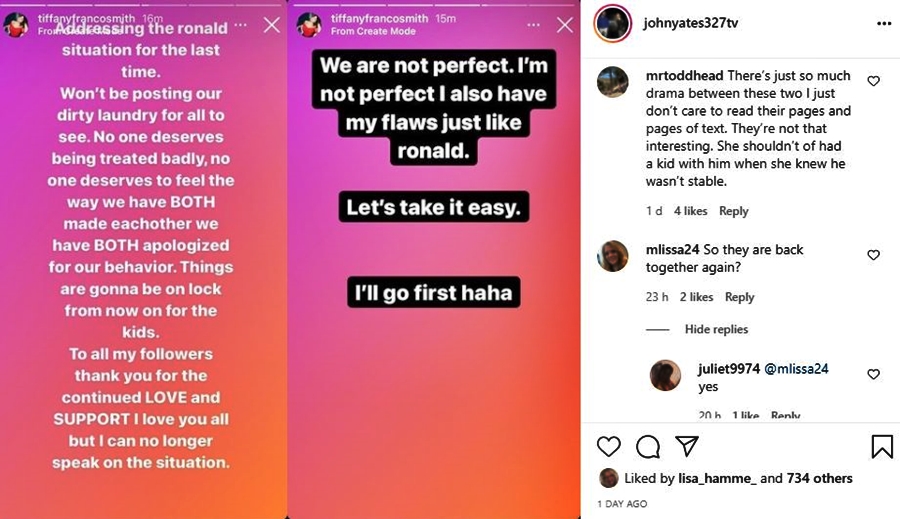 90 Day Fiancé fans also heard that Tiffany now focuses on being a mom, and vowed to lockdown and say nothing more. Plus, she said they both “apologized.” However, fans gave it all the thumbs down. One of them commented, “Oh God! We’ve heard this a billion times.” However, another post shared by John made fans think they already start the steps of making up again.

In the second message by the 90 Day Fiancé, it looked like Ronald and Tiffany texted each other. The first message said, “We are not perfect. I’m not perfect. Just like Ronald, I am not perfect.” Then another message read, “Let’s take it easy.” That was followed by “I’ll go first.” Well, one skeptical fan wrote, “Okay- so it’s obvious that’s a response from someone that’s back together 🤣.” In reply, other fans totally agreed.

Remember to check back with us often for more 90 Day Fiancé spoilers, news, and updates.