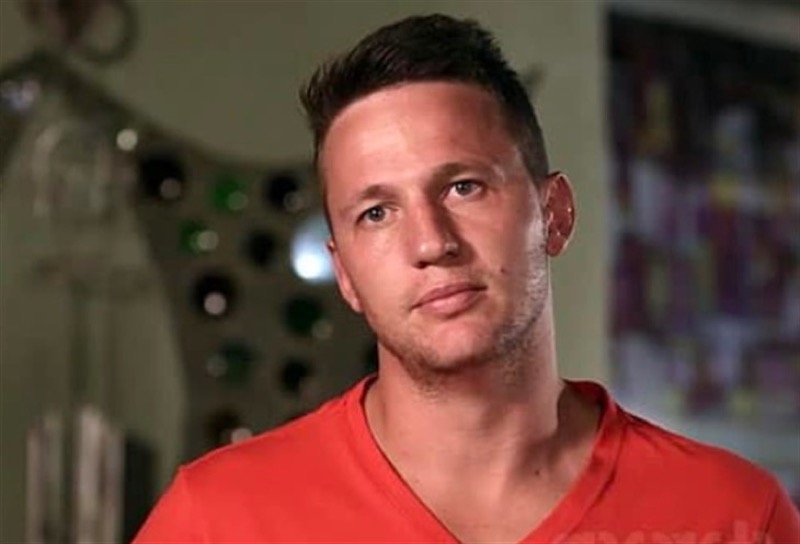 90 Day Fiancé fans felt that when the latest bust-up came along that Tiffany Franco and Ronald Smith just created drama. Actually, it’s not the first time they spilled all their dirty laundry on social media and then made up. This time though, it looks like they might actually go through with a divorce. Anyway, with a potentially single future, Ronald posted about it and mentioned “The Single Life.” Fans felt very confused as he’s not listed as a cast member for Season 2.

In the last season of Happily Ever After? Tiffany and Ronald had a massive bust-up and she declared that she intended to file for divorce. Even so, initially, fans slammed her because they grow tired of her shaming Ronald on TV. Plus, she took up with the guy knowing his history and gambling addiction. Well, they often end the season spewing vitriol at each other, so fans were seriously skeptical that this time, they really mean they would actually get a divorce.

90 Day Fiancé fans later heard that Tiffany confirmed that she really filed for a divorce. However, it hasn’t yet been officially recognized that it’s all over. So, knowing this couple even that might see a reversal. Anyway, she told her fans that she feels in a better place with her mental health. On social media, she hinted that Ronald had gaslighted her. Whatever happened, of course, the whole story involves kids, and that’s the tragedy with hastily conceived relationships. Carly Rose is the daughter of Ronald and Daniel, the offspring of another man, thought of Ronald as his dad. 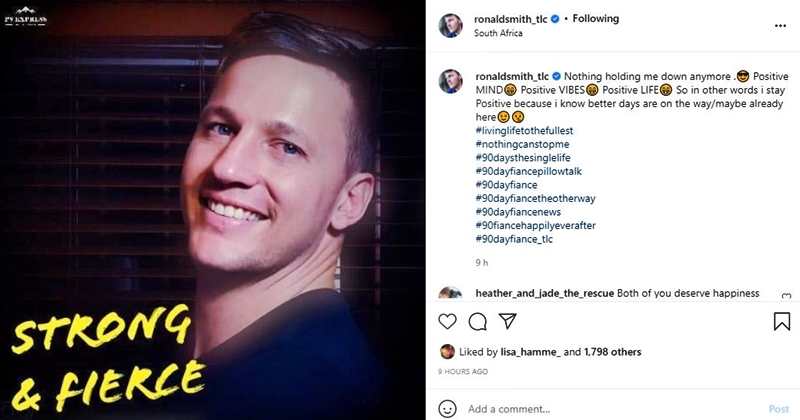 On Monday, November 15, Ronald took to his Instagram and shared a photo of himself. It came with some writing on it that said, “Strong & Fierce.” In his caption, he wrote, “Nothing holding me down anymore .😎 Positive MIND😁 Positive VIBES😁 Positive LIFE😁 So, in other words, i stay Positive because i know better days are on the way/maybe already here😉🤫.” A lot of TLC fans liked the photo as they thought he looked clean and handsome. However, some of them became very confused.

In his hashtags, the 90 Day Fiancé star put, “#livinglifetothefullest,” “#nothingcanstopme,” and
“#90daysthesinglelife.” He also added a few more of the hashtags for the various spinoffs. Well, fans assumed that means that he will be on The Single Life. However, as his name was not listed as being in Season2, that made fans feel a bit mixed up about the situation. One fan asked, “90 Days The Single Life??????????? 😮.” Other fans questioned him directly about it.

Will He Feature On The Single Life?

In reply to the questions by 90 Day Fiancé fans, Ronald clarified that he only hashtagged the show. He told his fans that he is working on finalizing the divorce. But then he said, “hell no,” to be on the spinoff. Possibly, he walks away from television now that it looks like things ended between him and Tiffany for good.