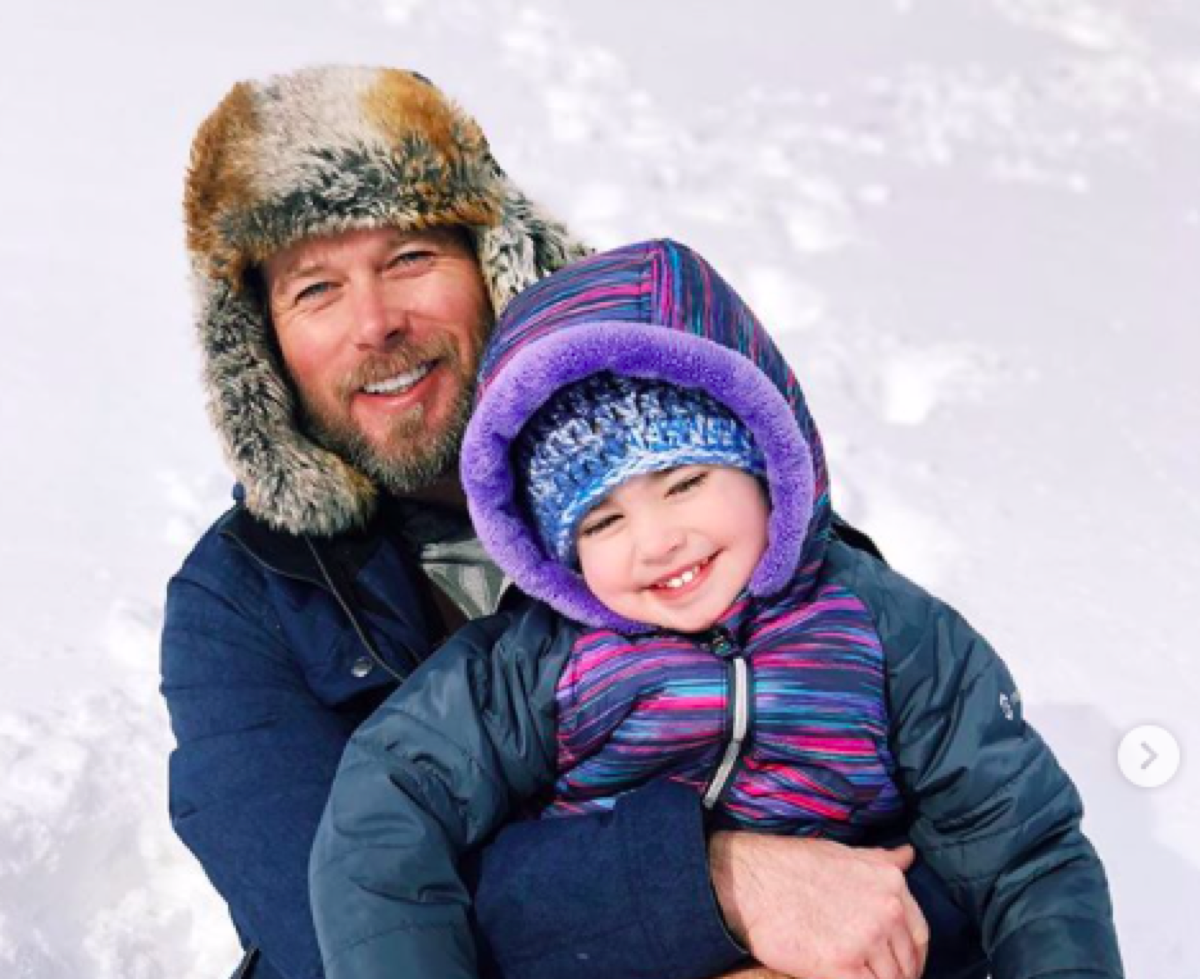 Celebrity Baby Laundry news announces Jacob Young, known to soap opera fans as JR Chandler on All My Children, Rick Forrester on The Bold and The Beautiful, and the second Lucky Spencer on General Hospital posted a cuter than cute picture of himself with one of his three young children on his lap on Instagram today!

Jacob and his wife Christen have three children, with Luke being the oldest, Molly the middle child, and Grace the youngest, born in 2016. It appears to be Grace whom he has on his lap in the photo of the Instagram post.

He wrote “Family sledding day” and indicates they are somewhere in the state of Utah, undoubtedly in the mountains. He is sitting in a snow throne in a bank of snow (brrrrr!) with little Grace on his lap and she’s all bundled up in a parka and thick mittens and a crocheted cap under her parka hood, but Daddy doesn’t even have a pair of gloves on (brrrr again!) although he also is dressed in a parka and warm clothing otherwise. Perhaps he had been performing an activity before the photo was taken that didn’t work well with all thumbs and he had mittens too instead of gloves so he had to remove them!

Jacob is best known as an American soap opera actor, first appearing in the CBS daytime drama “The Bold and The Beautiful” as Rick Forrester from December 1, 1997 through September 15, 1999. He garnered a Daytime Emmy Award as Outstanding Younger Actor in a Drama Series for that role in 1999. He later portrayed the second Lucky Spencer in the ABC daytime drama “General Hospital” for three years, from February 25, 2000 through February 10, 2003. In 2001 People Magazine voted him “Sexiest Soap Star”.

In 2002 he won another Daytime Emmy award, this one also for Outstanding Younger Actor in a Drama Series. He portrayed JR Chandler on the defunct ABC daytime drama “All My Children” for the longest time period, October 1, 2003 through September 23, 2011. In 2005 he was nominated for a Daytime Emmy Award for Outstanding Younger Actor, and in 2009 he was nominated for Outstanding Supporting Actor in a drama series. He reprised his role as Rick Forrester on The Bold and The Beautiful in 2011 and was dropped to recurring in April 2018.

Watch for Jacob Young to appear on the television series “Beacon Hill” in two episodes this year, and check out Celebrity Baby Laundry frequently for all the latest announcements!