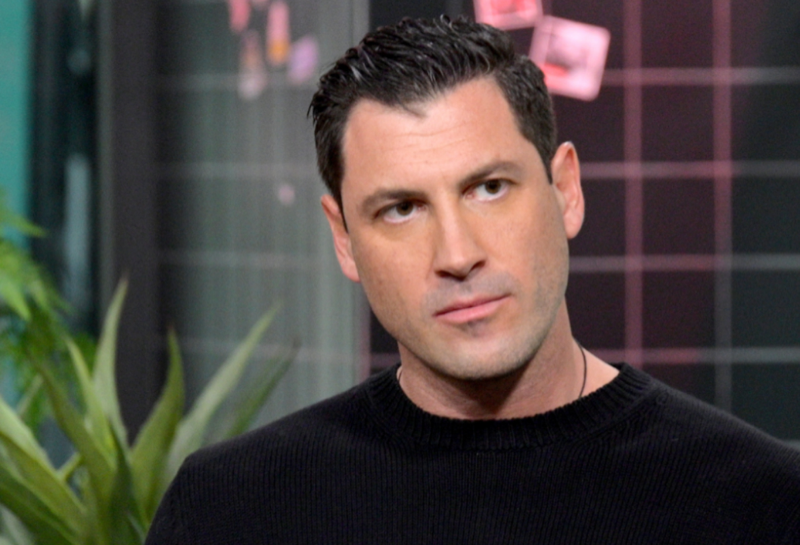 Dancing With The Stars Maksim Chmerkovskiy is currently filming “World of Dance Ukraine” in Kyiv. Unfortunately, that is where he found himself when Russia’s Vladimir Putin decided to invade the area. Chmerkovskiy shared a video on Instagram from his hotel rooftop when the situation got underway.

Dancing With The Stars Spoilers – No One Saw This Coming

Dancing With The Stars Maksim posted a video which sirens screaming in the background. Although he should have taken shelter before this, Maksim wanted to reach out to fans and share his emotional plea as well. Maksim says, “Everyone has their sources. I trust my sources. And no one saw this coming… not that no one saw this coming, but everyone was hoping that the finality of this situation would be averted, that there is not going to be this kind of aggression, these kinds of aggressive measures.” Maksim followed his statement by panning his camera to show military vehicles and ambulances rushing to the center of Kyiv. Chmerkovskiy shared a second video where he discussed having resources to flee to safety when others do not have that option. Maksim gets emotional when he reveals that he wants to go back home.

Dancing With The Stars Maksim’s emotional plea, “Dear Russians: I know you know me. And I know that there is a lot of people currently in Russia that are watching this, that are watching the news, and hearing the propaganda, and hearing this complete nonsense that’s been talked about. I am not at this point someone who is pleading for someone else’s safety from a far distance, from a safe distance. I’m somebody who’s about to go into a bomb shelter because shit’s going down.” Maksim goes on to say that the Russians need to stand up and say something because no one’s point of view is being heard. 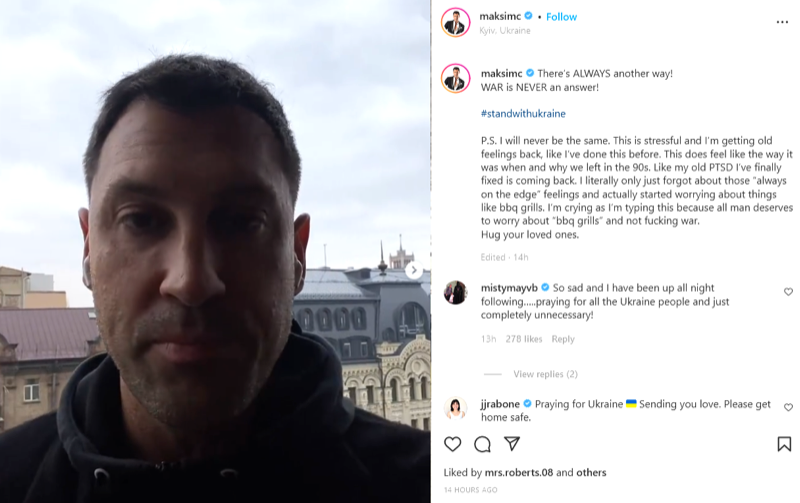 Maksim Was Born In Ukraine

Dancing With The Stars Maksim was born in Ukraine when it was part of the Soviet Socialist Republic. Maksim has been filming there for the past six months and has fallen in love with his country again. Maksim promised to do his best to keep people informed because he believes this is crazy and he wants someone else’s opinion. Maksim also shared photos of people who seem to be grabbing their belongings and heading west for safety. Maksim posted, “I will never be the same. This is stressful and I’m getting old feelings back like I’ve done this before. This does feel like the way it was when and why we left in the 90s. Like my old PTSD, I’ve finally fixed is coming back.”

Maksim admits that he scared a lot of people with his post. However, Maksim assured everyone that he is safe for now. Maksim said the hotel bomb shelter is open and guests could take refuge there. However, Maksim was waiting to hear the sirens before running in there. Our thoughts are with Maksim as well as Ukraine at this difficult time.

Be sure to check back for all things related to Dancing With The Stars.

The Young And The Restless (Y&R) Spoilers: Nate Tempted By Two Exciting Opportunities