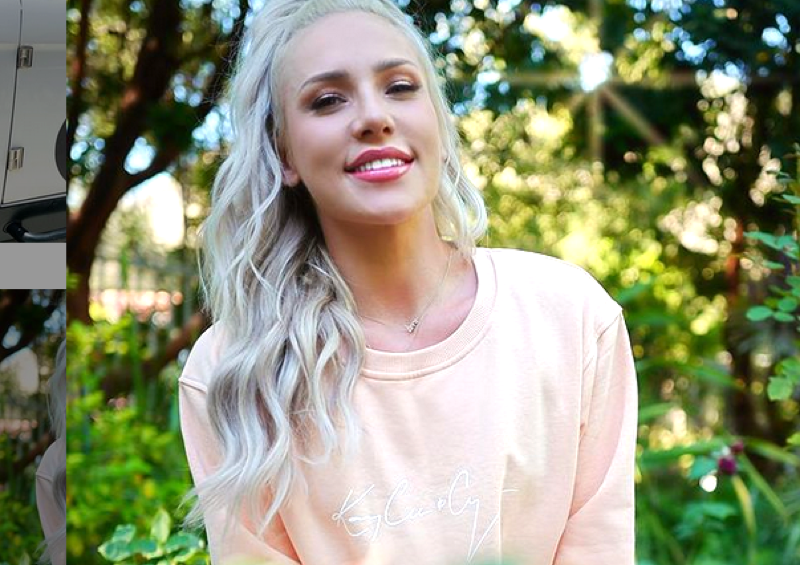 Dancing With The Stars spoilers and updates tease that Sharna Burgess confirmed in a sweet tribute to boyfriend Brian Austin Green on his 48th birthday that her love is growing every day. The two lovers reportedly met for the first time at a coffee shop late last year.

Brian Austin Green celebrated his special day with girlfriend Sharna Burgess, and it’s truly a special one for the couple as the day marked the first birthday Brian celebrated since they became a couple.

The Dancing with the Stars pro took to Instagram on Thursday to post a birthday message for the “Wedding Band” star on his 48th birthday. She shared multiple pics, with one of them showing Brian lounging in a hot tub. She also added some throwback pics from when he was much younger than his mom passed along.

“Mushy Instagram posts aren’t really your thing… but they are definitely mine so…,” the 36-year-old Dancer wrote. “You are my best friend and my favorite human, it’s hard to imagine before you because this somehow feels like it just always was. I truly never knew it could be like this. That my happiness could find a whole new level. That life and love and all things in between could feel so inexplicably deep and connected and transparent and …. Right.” 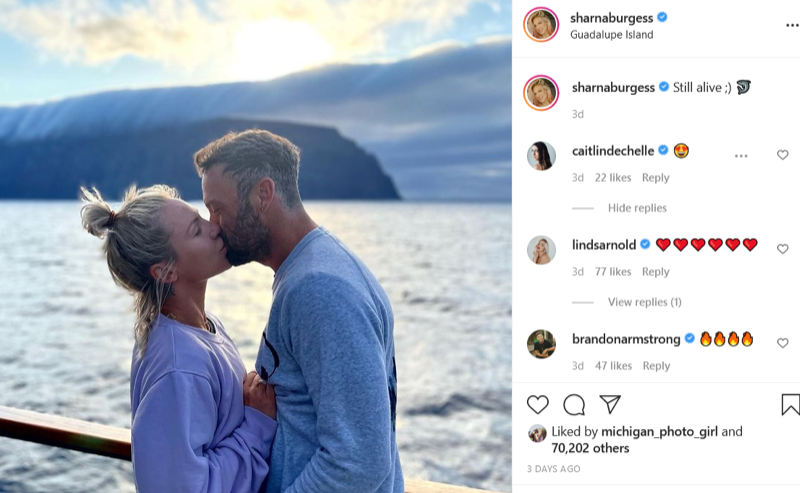 Sharna continued, writing: “Loving you is the easiest thing I’ve ever done and I’ll celebrate your existence today and all days, in all the ways, always. I love you, HAPPY FRICKEN BIRTHDAY!!! Cute as hell from birth and you only keep getting better [face-with-hearts emoji] You deserve everything you’ve ever wanted, dreamed of, or needed. I know there is so much exciting stuff ahead for you, and I can’t wait to witness it.”

She closed off her lovely message by saying that she’s ready to go along with him for a “dive with Great Whites for the first of many crazy adventures together.” The Australian ballroom dancer then quoted, “What the f–k was I thinking,” along with a facepalming emoji and three hearts.

On Wednesday, June 14, the actor posted an image of himself on Instagram next to assorted things, including a board game based on the movie “Jaws” and a plastic “World’s Greatest Father” trophy, along with a birthday card he received from one of his kids.

“What a great birthday so far,” he captioned the post, adding a smiley face emoticon.

The pair are going stronger in their relationship which was off to a rocky start when rumors that they were dating first erupted in December 2020.

Megan, who filed for divorce from Brian in November, sparked some controversy when she commented on a picture of Brian and Sharna smooching, writing that she’s “grateful” for the “DWTS” standout.

Before any other drama would arise from the comment, Brian tried to quieten it by saying the next day that he remains on friendly terms with the 35-year-old “Transformers” actress.

Be sure to catch up on everything happening with DWTS right now. Come back here often for Dancing With The Stars spoilers, news, and updates.