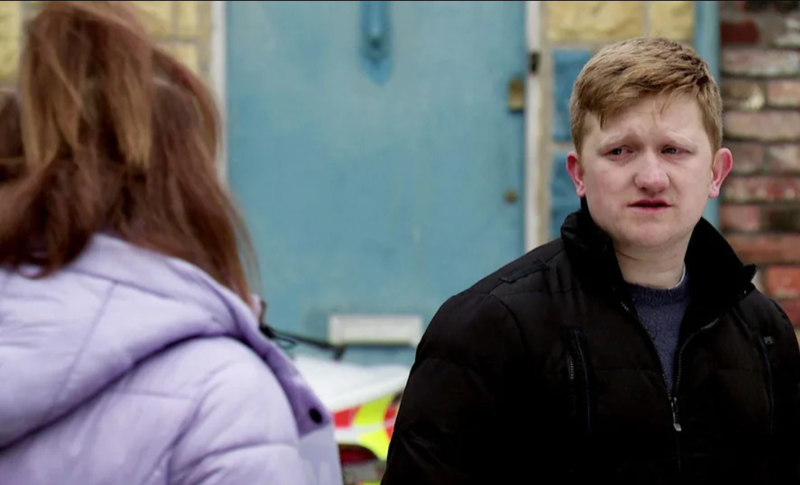 Coronation Street spoilers and updates tease that it’s going to get tougher for the couple Chesney and Gemma for as they fear for Joseph’s safety, the social services might also blame them for the child’s disappearance.

Young Joseph (William Flanagan) did a runner when his dad Chesney Brown (Sam Aston) unvalidated his feelings when the concerned father called his school. Joseph believed that his bully classmates, who already did laugh at him for not being able to buy a new jumper, will pick him on some more if Chesney will report it, but he did it still.

Chesney and his partner Gemma Winter (Dolly-Rose Campbell) made a public appeal to help them get their son back to safety, but there are no leads about Joseph except that the police found his jumper.

The Weatherfield residents also came to the pair’s rescue and raised a fund to advance Joseph’s search mission. Dev (Jimmi Harkishin) already donated money and on January 21’s episode, he will provide a food parcel to the famished members in No. 5 through the request of his flame Bernie (Jane Hazlegrove).

Chesney and Gemma are already panic-stricken, having to take care of their quadruplets at the same time searching for Joseph. To add to their worries, their electricity goes off and on top of all of that, they have to face another trouble when a social worker comes to their flat to investigate them. How will they explain the situation?

Although the situation suggests that something bad might have happened to Joseph, the truth is he’s well and hiding in his aunt Fiz’s (Jennie McAlpine) attic through the help of her cousin Hope (Isabella Flanagan).

Previously, Hope handed him Fiz’s purse to get the money he needed for his school fees and a new jumper when he confided with her about his family’s money woes. When Fiz caught him red-handed, the child confessed he feels being set aside by his dad for his other siblings. Fiz is unaware that Hope let the child hide in the flat so how will she react if she finds out about her daughter’s naughty behavior? Will she get involved with the social worker’s investigation?

Actor Sam Aston has talked about Chesney’s perspective about his family’s problems. He revealed that his character’s ego will also get in the way. 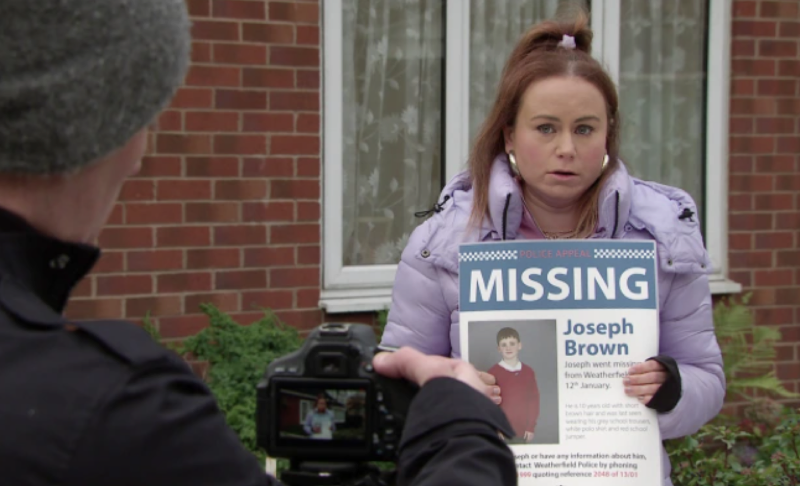 “He doesn’t want Dev (Jimmi Harkishin) to be the one helping financially, he thinks that’s his job. So he actually starts to get quite annoyed with Dev, as nice as it is he wants to sort it out,” he told Digital Spy.

Chesney is already feeling the weight of his choice for betraying his son, Joseph. When the police ordered him to stay at home instead of searching for his son on the streets, he felt more like a failure.

“This is a real wake-up call for them. Joseph has been left to feel so bad that he has run away and now he could be in serious danger. It’s a really hard thing to deal with,” he added.

How long will they find out Joseph is just hiding a few blocks away from No.5?