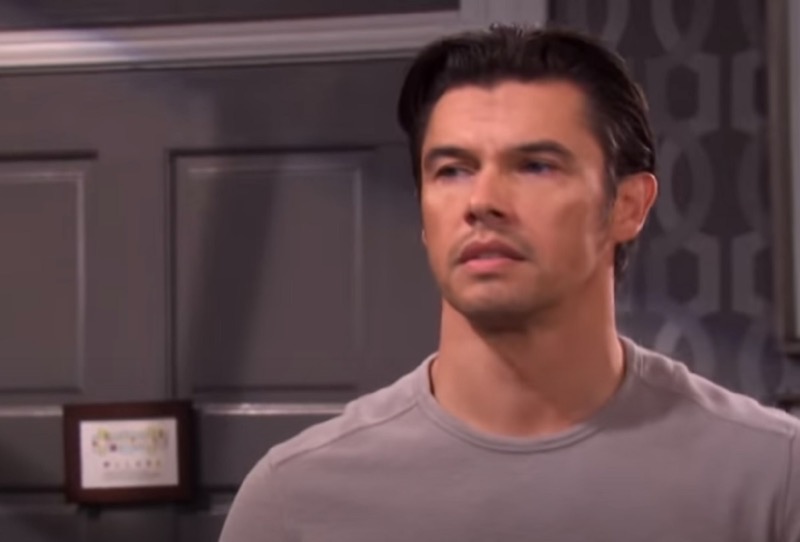 Days of Our Lives (DOOL) spoilers and updates tease that Xander Cook (Paul Telfer) and Abigail DiMera (Marci Miller) will continue to chase down leads on the missing Sarah Horton (Linsey Godfrey) as they try to get the truth out of the DiMera pilot in an upcoming episode of Days of Our Lives!

Days of Our Lives viewers will remember that when Sarah was kidnapped by Kristen DiMera (Stacy Haiduk) she drugged her, put her in a steamer trunk unconscious, and shipped her to a Greek island owned by the DiMeras. However, exactly how Kristen got her there, by boat or by plane has not yet been revealed for sure – but as Kristen’s former henchman, Xander knows about that island, and when Abigail tells him about the lead he wants in on the search! At first, Abigail didn’t want him to be personally involved, but when he explains that he knows of that island and she might need some muscle following up on the lead, she’s convinced. Longtime Days of Our Lives fans suspect this could even be the island where Tony DiMera (Thaao Penghlis) spent over twenty years of his life while Andre DiMera (Thaao Penghlis) impersonated him!

Longtime Days of Our Lives viewers know that Xander knows Kristen well enough not to totally trust the destination on the flight plan, because Kristen wouldn’t leave such an easy paper trail! Xander warns Abigail that part or all of the flight plan may be falsified, especially if this flight really was how Kristen got Sarah out of Salem, but if the destination is legit she shouldn’t try to follow the trail on her own. Abigail plans to use her status as wife of the current CEO of DiMera Enterprises as a way in to get the information out of the DiMera pilot shown scheduled that day, not involving Chad DiMera (Billy Flynn) unless she absolutely has to! Xander and Abigail agree if Chad knew about what Abigail was doing he may not agree with it, especially if it involves more than just investigative reporting for the Salem Spectator! 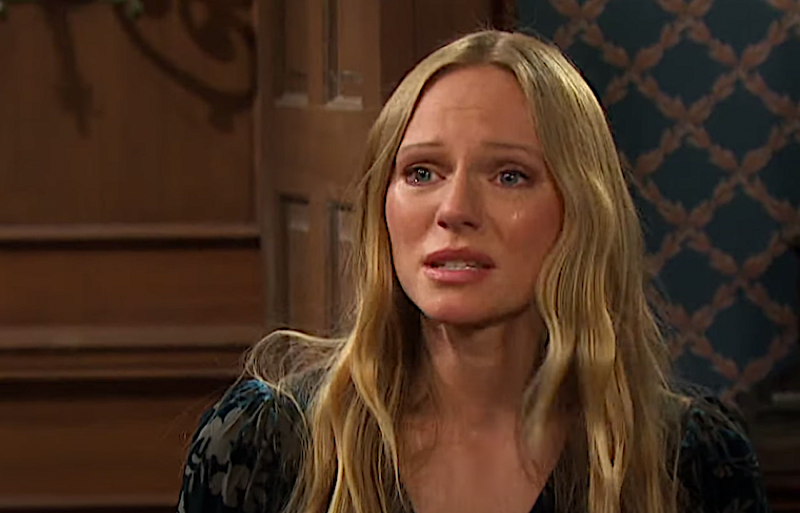 Days of Our Lives viewers can imagine that Abigail will request the cargo list while Xander is there for muscle, once they have found the DiMera pilot who flew the company plane. Days of Our Lives viewers can expect that if this is the pilot who flew Sarah in the steamer trunk to her destination, either knowingly or unknowingly, he was under Kristen’s orders and he may not be forthcoming!

When the pilot is less than cooperative, Abigail will act more like a detective than a reporter and grill “the suspect” for all the details while Xander provides the muscle, and Xander can be pretty scary! After all, if the pilot refuses to provide the cargo list to the DiMera CEO’s wife, he’s definitely got something to hide and the flight was definitely not booked for standard DiMera business! Before Xander has to be scary physically, however, Abigail may place a well-timed call purportedly to Chad or possibly even to Li Shin (Remington Hoffman) to put some muscle behind a threatened termination!